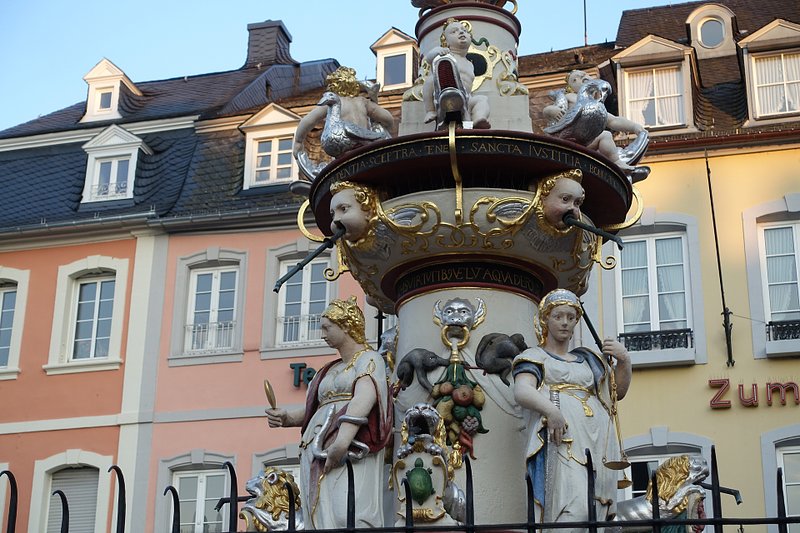 Some strange goings on in Trier over the weekend as a man scales city centre fountain and gets stuck.

Numerous fire engines and police officers were called to Trier's Hauptmarkt in the early hours of Friday morning.

One could hazard a guess as to the reasons leading up the man deciding to clamber up the Petrusbrunnen fountain and recreate a scene from King Kong.

Once up there, however, the poor chap realized he was stuck.

After calling for help, the square which would ordinarily be lit up by lights of a different kind at this time of year, was bathed in swathes of blue, as fire brigades and police eventually got the man back do terra firma.

No more information is currently available, according to Lokalo.de