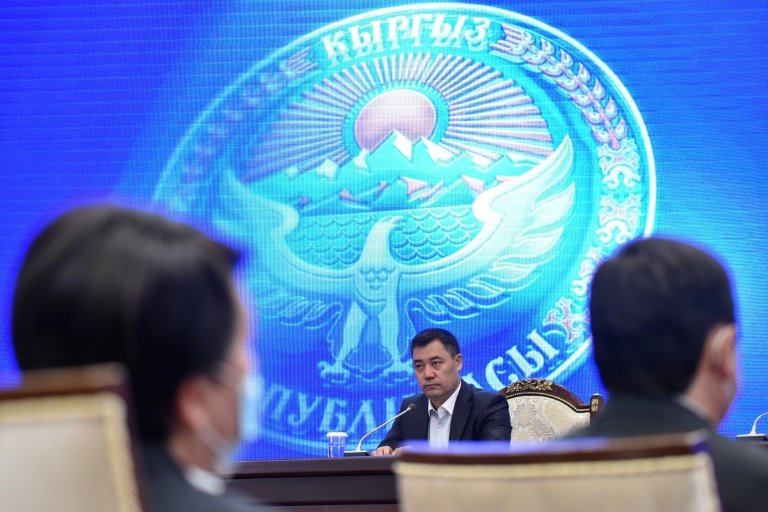 Hundreds took to the streets in Kyrgyzstan Sunday to protest a proposed constitution that critics say would empower the presidency and damage freedom of speech.

Initiators say the draft constitution should be put to a referendum on January 10, the same day that the ex-Soviet country is holding presidential elections.

In October, Sooronbay Jeenbekov became the third Kyrgyz leader since independence to resign over political unrest -- this time over a disputed parliamentary vote.

Disarray in the Central Asian country has caused concern for key allies Russia and China.

Several hundred protesters who gathered in the centre of the capital Bishkek held up signs decrying a "Khanstitution" -- a reference to the absolutist rulers who dominated Central Asia for centuries.

Some chanted against Sadyr Japarov, who this month resigned as acting president and prime minister to compete in a presidential election set for January 10, which he is tipped to win.

Japarov has spoken in favour of the constitution and is widely believed to be its driving force. 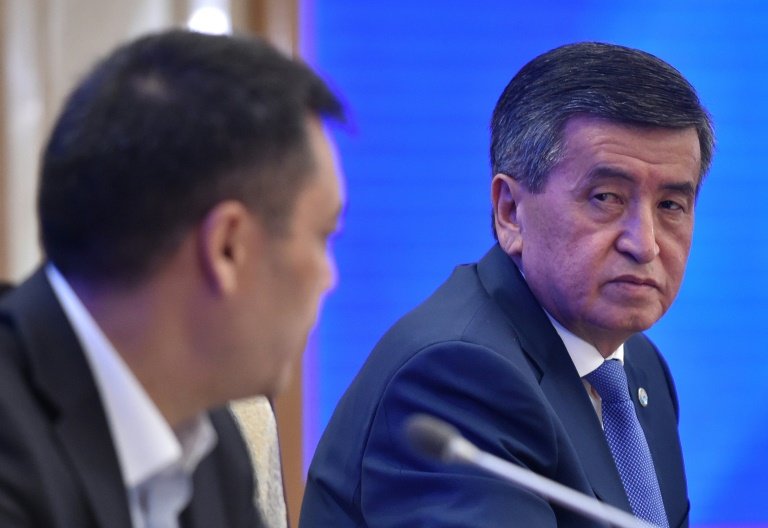 He called naysayers "shameless fools" in a statement relayed via media on Friday, and promised to "unmask the true opponent" of the changes next week.

Daniyar Amanaliyev, a businessman who attended the Sunday protest, told AFP that the aim of the constitutional reform was to "push the educated people out of the country and leave only those who are toadying to the new khan."

Banur Abdiyeva a 53-year-old who also works in business called the proposed constitution a "rollback" to the era of the country's first two presidents, both of whom were overthrown.

Nobody has admitted to authoring the proposed constitution as of yet, Abdiyeva noted.

Constitutional changes passed after an uprising in 2010 had limited Kyrgyz presidents to a single six-year term in office, while strengthening the powers of the parliament.

The proposed constitution would reverse those stipulations and introduce a new people's assembly to which parliament and the government should report.

International rights groups including Human Rights Watch and the Norwegian Helsinki Committee have raised concerns over the document.

The Norwegian Helsinki Committee warned Friday that a proposed amendment that would allow the banning of publications offending "the morals and culture of the people of Kyrgyzstan" could "seriously violate that same people's right to freedom of speech".

Populist Japarov has been accused of using his supporters to force Jeenbekov's resignation and bully the parliament.

Prior to the uproar triggered by alleged vote-buying campaigns Japarov was serving a jail sentence for hostage-taking.

That conviction was squashed after he was carried from jail by supporters, while the results of the parliamentary vote were annulled.

Fresh parliamentary polls are expected to take place next year, but no date has been set.

Talant Mamytov, a Japarov loyalist, is serving as the country's acting president in the period leading up to January's presidential election.

Votes in mountainous Kyrgyzstan are traditionally more competitive than in the other ex-Soviet "stans" -- Kazakhstan, Tajikistan, Turkmenistan and Uzbekistan.