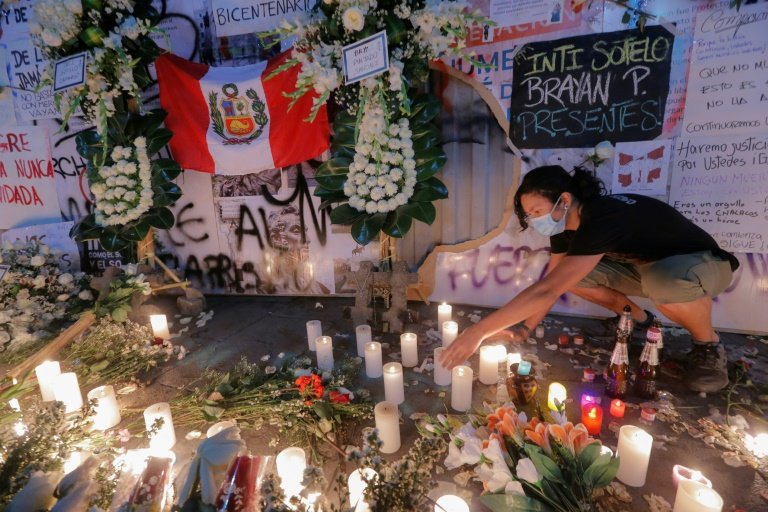 People light candles at a memorial for two people killed in street protests against interim president Manuel Marino, who resigned on Sunday / © AFP

Merino, who resigned on Sunday, his chief of staff Flores Araoz and interior minister Gaston Rodriguez face investigation for "abuse of authority and intentional homicide" for the death of the two protesters on Saturday, apparently from shotgun pellets fired by police, said Avalos.

Avalos said the deaths "will not go unpunished."

The case may also involve other defendants because of "serious injuries" to dozens of other protesters during clashes with police in Lima, the prosecutor said.

She said the investigation would also cover cases of "forced disappearance," because of nine demonstrators whose whereabouts have been unknown since Saturday.

Initially more than 40 demonstrators were listed as missing, but most turned up on Sunday.

The Congress is scheduled to meet later Monday to try to agree on a new president to replace Merino.