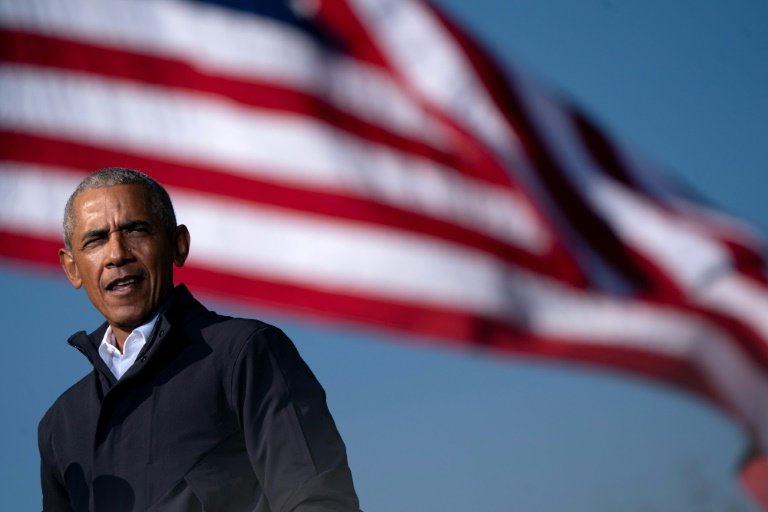 Former president Barack Obama says in the first volume of his upcoming memoir that the divisions in America "run deep" and the departure of Donald Trump from the White House will not be enough to bridge the divide.

In an excerpt from "A Promised Land," which goes on sale on Tuesday, Obama, America's first Black president, reflects on the four years since he left office.

"Our democracy seems to be teetering on the brink of crisis -- a crisis rooted in a fundamental contest between two opposing visions of what America is and what it should be," the 59-year-old Obama said in the excerpt published on Thursday in The Atlantic.

The crisis "has left the body politic divided, angry, and mistrustful," he said.

It has also "allowed for an ongoing breach of institutional norms, procedural safeguards, and the adherence to basic facts that both Republicans and Democrats once took for granted."

Obama said he was "encouraged" by the election victory of his former vice president, Joe Biden, and his running mate Kamala Harris, and their "character and capacity to do what is right."

"But I also know that no single election will settle the matter," Obama said. "Our divisions run deep; our challenges are daunting."

"If I remain hopeful about the future, it's in large part because I've learned to place my faith in my fellow citizens, especially those of the next generation," he said.

"My book is for those young people -- an invitation to once again remake the world, and to bring about, through hard work, determination, and a big dose of imagination, an America that finally aligns with all that is best in us," Obama said. 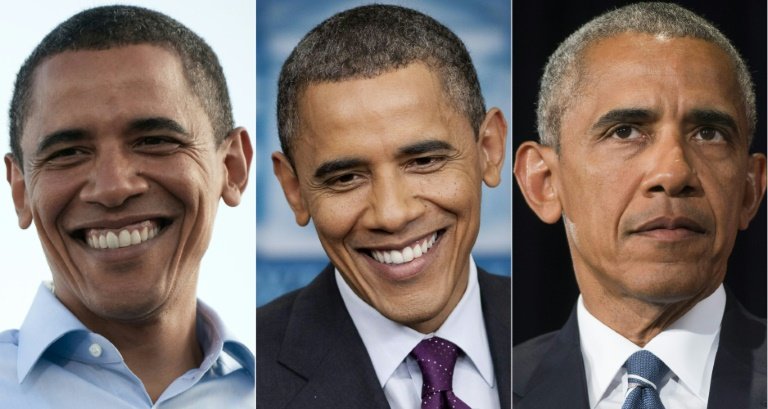 This combination of pictures shows former US president Barack Obama during his first campaign 2008 (L), in the White House in 2012 (C) and during a press conference in 2016 (R) / © AFP/File

In his memoir, the former president also addresses the "birther" lie peddled by Trump that Obama was not born in the United States, according to CNN, which also obtained a copy of the book.

"It was as if my very presence in the White House had triggered a deep-seated panic, a sense that the natural order had been disrupted," Obama writes. "Which is exactly what Donald Trump understood when he started peddling assertions that I had not been born in the United States and was thus an illegitimate president.

"For millions of Americans spooked by a Black man in the White House, he promised an elixir for their racial anxiety," he said.

Obama also wonders whether his 2008 election opponent senator John McCain would have picked someone other than Alaska governor Sarah Palin to be his running mate "given the chance to do it over again."

"Through Palin, it seemed as if the dark spirits that had long been lurking on the edges of the modern Republican Party -- xenophobia, anti intellectualism, paranoid conspiracy theories, an antipathy toward Black and brown folks -- were finding their way to center stage," Obama said.

Obama also confesses to smoking up to 10 cigarettes a day while in the White House and eventually switching to nicotine gum after his daughter Malia "frowned" after "smelling a cigarette on my breath."

In the 768-page first volume of his memoirs, the 44th US president reveals that he writes longhand with a pen on a yellow pad instead of on a computer and confesses to an inability to be concise.

He said he and his wife, Michelle, were "drained, physically and emotionally" when they left the White House in January 2017.

"For a month, Michelle and I slept late, ate leisurely dinners, went for long walks, swam in the ocean, took stock, replenished our friendship, rediscovered our love, and planned for a less eventful but hopefully no less satisfying second act," he said.

In a review in The New York Times, the Nigerian author Chimamanda Ngozi Adichie praised Obama for the "savage self-questioning" he displays in the book.

At the same time, she said, "for all his ruthless self-assessment, there is very little of what the best memoirs bring: true self-revelation.

"So much is still at a polished remove," she said. "It is as if, because he is leery of exaggerated emotion, emotion itself is tamped down."