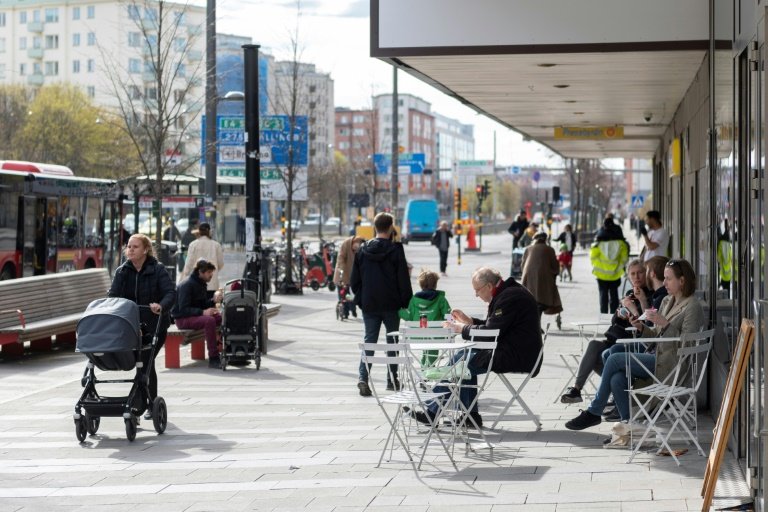 Swedish Prime Minister Stefan Lofven went into self-isolation on Thursday and warned that the soaring coronavirus cases had created a "serious situation" again, as the country's deaths passed 6,000.

Lofven said in a Facebook post that he was isolating with his wife at home and would get tested soon after a person within his social circle tested positive for Covid-19.

"It's the only responsible thing to do in this situation," Lofven said.

The head of government also warned that developments were "going in the wrong direction quickly."

Lofven said he had not been in direct contact with someone confirmed to have the coronavirus but someone in his "vicinity" had.

Even though that person had since tested negative, he had decided to self-isolate on the advice of his doctor.

After seeing a heavy death toll from March to June -- over 5,000 in a country of 10.3 million inhabitants -- Sweden registered a decrease in both cases and fatalities between July and mid-October.

Since then, the number of cases has soared and deaths have also started climbing in recent days.

On Thursday, the country reported another five deaths linked to Covid-19, bringing the total to 6,002.

"Looking at the number of deceased per week, we are also seeing an impact with increases over the last two weeks," Karin Tegmark Wisell, head of microbiology at the Public Health Agency, told a press conference.

In response to the surge, Sweden, which famously has elected to curb the virus with mostly non-coercive measures, has issued stricter recommendations for heavily hit areas.

These include calls for people to avoid crowded indoor environment and if possible all physical contact with other than people in your own household.

On Thursday, these recommendations were extended to two more regions meaning more than half of Sweden's 21 healthcare districts have now received stricter local recommendations.

Another 4,034 cases was also reported in the last 24 hours, one of the highest daily totals on record, bringing the total to 141,764 cases.

In neighbouring Denmark, which is also facing a resurgence in cases, Prime Minister Mette Frederiksen is also in self-isolation after the justice minister tested positive.

An initial test proved negative, but her cabinet said Wednesday evening that she would remain in isolation pending a second test.