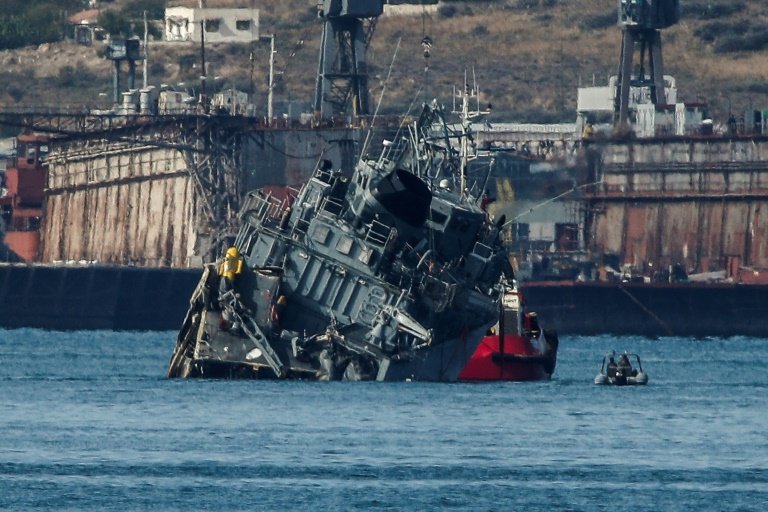 Two crew members of the minesweeper were injured / © Eurokinissi/AFP

Two crew members of a Greek minesweeper were slightly hurt Tuesday after it collided with a Portuguese container ship off Piraeus, the port next to Athens, the navy said.

There were 27 sailors on board the naval vessel, who were rescued by coastguard patrol boats.

The two injured were taken to hospital for treatment.

The minesweeper suffered serious damage to the stern and was towed back to the naval base on the nearby island of Salamina, the merchant navy ministry said.

Piraeus port authorities opened an inquiry into the incident and confined to port the container ship Maerck Launceston, which flies a Portuguese flag.