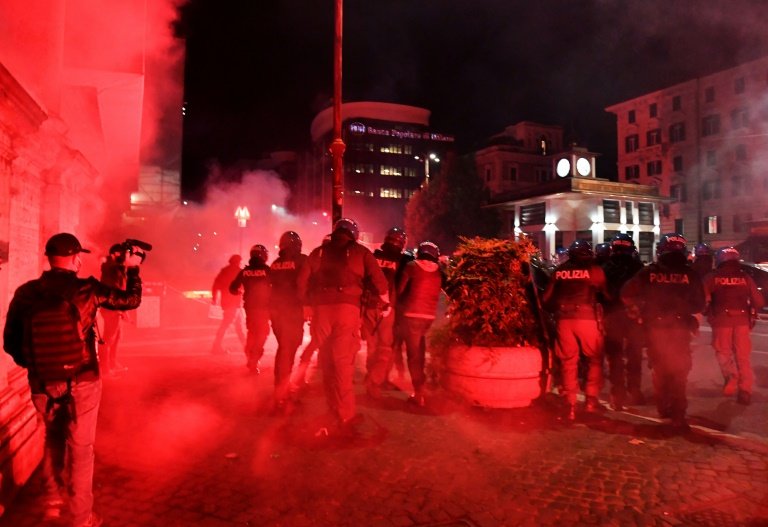 Across the planet, Covid-19 has now claimed the lives of 1.1 million people and infected close to 42 million, with the WHO warning the northern hemisphere was at a critical juncture.

The World Health Organization has warned of an "exponential" rise in infections threatening health systems' ability to cope with a second wave of the pandemic, testing many nations that appeared to have the virus under control earlier this year.

Governments are now struggling to balance new restrictions against the need to revive economies already battered by earlier draconian lockdowns after the virus first emerged in the Chinese city of Wuhan late last year.

But populations weary of social isolation and economic hardship have bristled at new restrictions. 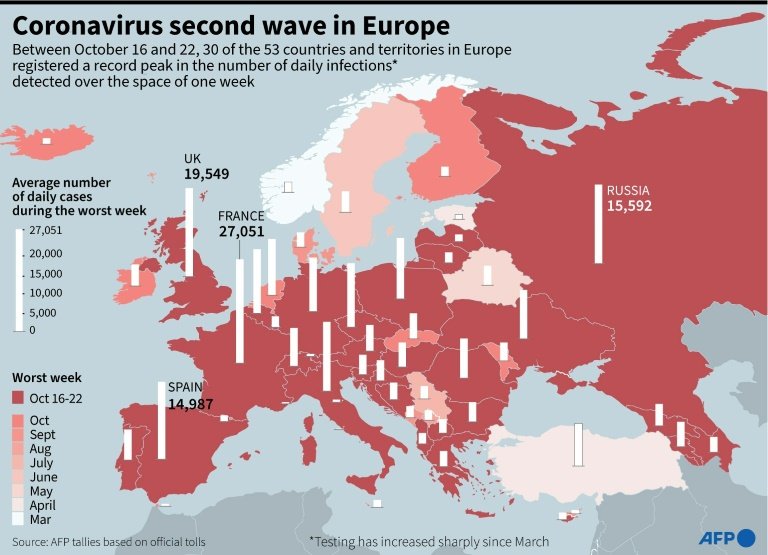 Around 200 masked far-right militants clashed with Italian riot police during a demonstration against a new curfew in Rome shortly after midnight on Sunday, throwing flares and firecrackers at officers.

Seven protesters were arrested during the rally, which came the night after hundreds of people set rubbish bins on fire and threw projectiles at police further south in Naples in another anti-curfew protest.

Italy is reeling from its worst post-war recession after a two-month national lockdown prompted by one of Europe's worst outbreaks, and authorities have so far sought to avoid reimposing more drastic quarantine restrictions.

The latest protests there cap a week of similar demonstrations against government restrictions in several parts of Europe, including Spain, Switzerland and the Czech Republic.

The continent has seen a spike in new infections and taken a raft of new containment measures, mostly trying to avoid new nationwide lockdowns -- from night-time curfews to more restrictions on social gatherings. 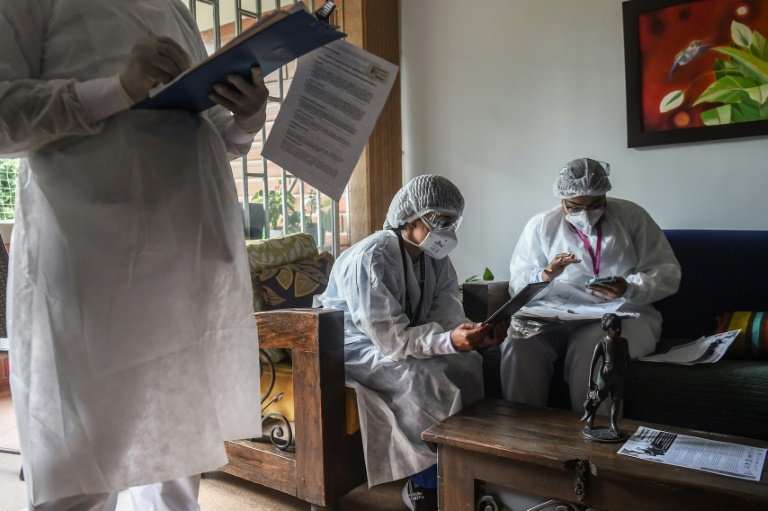 After Germany recorded its 10,000th coronavirus death on Saturday, Chancellor Angela Merkel said: "The order of the day is to reduce contacts, (and) to meet as few people as possible."

Duda, 48, said in a tweet that he had tested positive but "felt fine" and was still on the job. 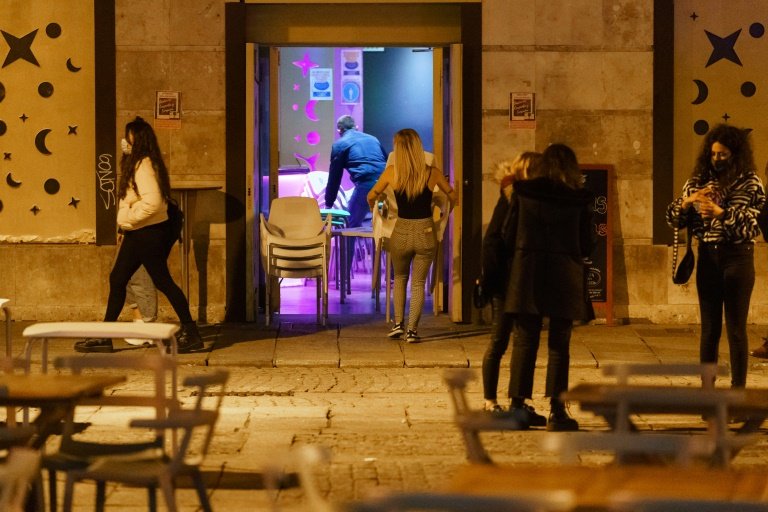 Spain became the first European country earlier this week to officially record a million coronavirus cases since the start of the pandemic.

People across the nation were bracing for a national state of emergency, overnight curfews and other new containment measures.

"They probably should have done this a long time ago or taken other steps, like restricting the number of people taking public transport or going to work," 22-year-old student Patricia Vazquez told AFP in the capital Madrid.

Colombia became the latest country to record a million confirmed Covid-19 cases on Saturday, as France recorded a 24-hour record of more than 45,000 infections a day after passing the same milestone. 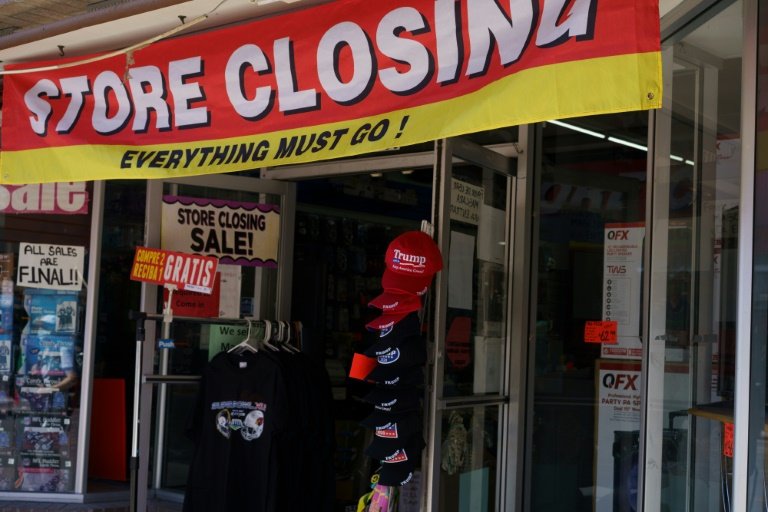 In the US, the virus has become a central issue ahead of a November 3 presidential election / © AFP

The French government extended an overnight curfew to cover areas home to around 46 million people -- two out of every three French.

"The difference compared to the first wave is that now we also have all the chronic pathologies of the winter period to take care of," emergency doctor Agnes Ricard-Hibon told local television.

On Friday, WHO chief Tedros Adhanom Ghebreyesus warned that "too many countries are seeing an exponential increase in Covid-19 cases and that is now leading to hospitals and intensive care units running close to or above capacity."

The pandemic has now claimed the lives of 1.1 million people and infected more than 42 million globally, with the WHO warning the northern hemisphere was at an especially critical juncture.

The United States is the worst-affected country with 224,000 deaths, followed by Brazil, India, Mexico and Britain.

In the US, the virus has become a central issue ahead of next month's presidential election, with President Donald Trump sparring over his handling of the pandemic with challenger Joe Biden.

"The idea that somehow this White House has done anything but completely screw this thing up is nonsense," said Trump's predecessor Barack Obama, who hit the campaign trail on Saturday to campaign for Biden, his former deputy.