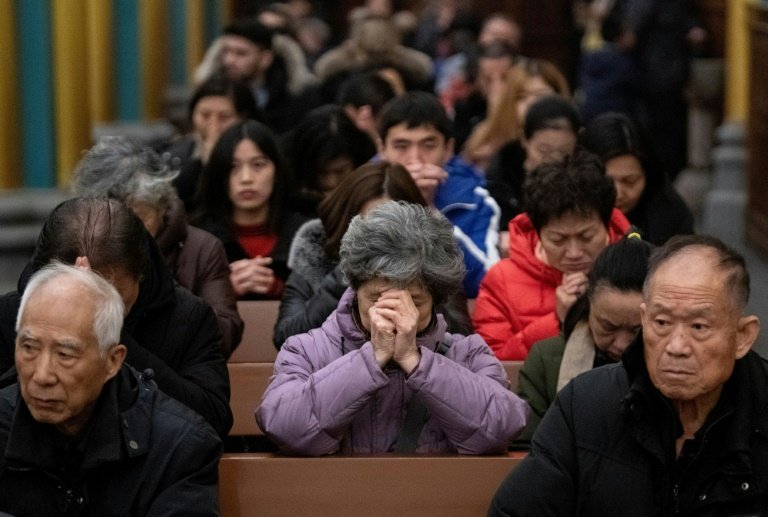 A secretive 2018 two-year agreement between China and the Vatican is on the brink of renewal, despite concerns from underground Chinese worshippers / © AFP/File

A secretive 2018 agreement between Beijing and the Vatican was renewed Thursday, despite strident US condemnation and warnings from underground Chinese priests loyal to Rome that they have only become more marginalised since it was signed.

Newly communist China severed ties with the Holy See in 1951, forcing Catholics to choose between membership of the state-run Chinese Catholic Patriotic Association or non-sanctioned churches loyal to the Pope.

The Communist Party is officially atheist and exercises strict control over all recognised religious institutions, including vetting sermons.

The provisional deal, signed in September 2018, allowed both Beijing and the Holy See a say in appointing bishops, in an attempt to close the schism in China's 12-million-strong Catholic community.

On Thursday, Zhao Lijian, a spokesman for the ministry of foreign affairs in Beijing, said the deal had been extended for a further "two years".

"The two sides will... continue to push forward the process of improving relations," he told reporters.

But Washington has put intense pressure on the Vatican to scrap it, saying it has failed to shield Chinese Catholics from persecution. 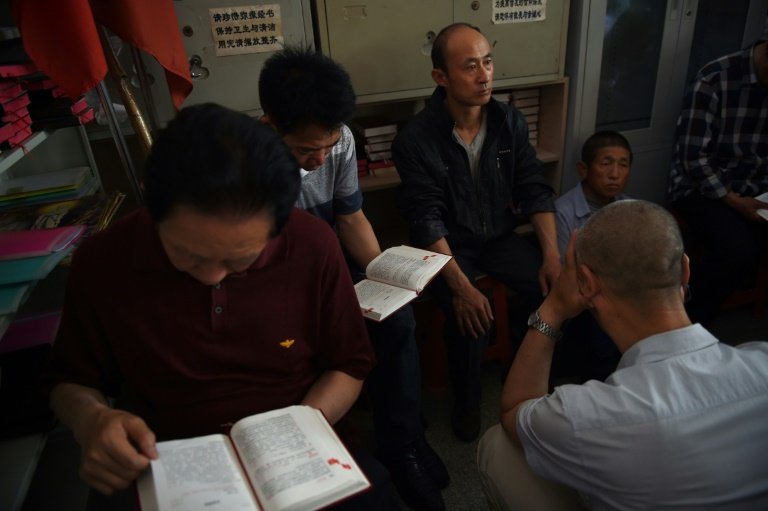 China is home to 12 million Catholics, with believers having for decades been forced to choose between state-run Chinese Catholic Patriotic Association or non-sanctioned churches loyal to the Pope / © AFP/File

Those that operate without the Communist Party's blessing claim to have been targeted by authorities in recent years, pointing to the demolition of underground churches, persecution of members and pressure on their clergy to switch sides.

While some have hailed the Beijing-Vatican deal as a pragmatic compromise enabling dialogue between the two, others fear that China's underground churches will become even more marginalised.

"The situation has not improved at all," one underground priest in Jiangxi province told AFP.

The priest, who withheld his name over security concerns, said he had been banned by the government from carrying out church duties.

The renewal of the agreement, he said, would leave Catholics feeling "helpless and hopeless".

There was a potential sign of that pressure earlier this month, when auxiliary bishop Vincenzo Guo Xijin of the Mindong Diocese in Fujian province abruptly resigned.

"I've been left behind by the times. I cannot catch up... and do not want to become an obstacle to this era's progress," Guo -- who has been detained by the police in the past -- wrote in a letter to his congregation.

A person familiar with the matter told AFP Guo had resigned in protest after coming under pressure to join the state-run church, as the 2018 deal required bishops to do. 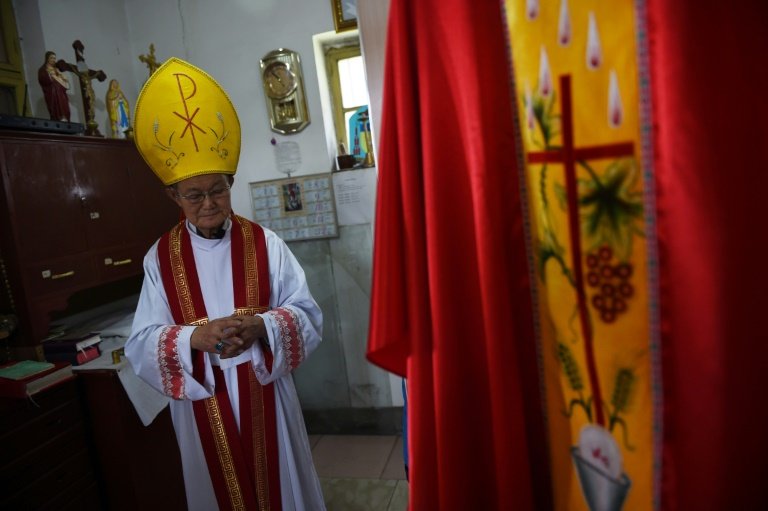 At a recent Sunday service at the official St. Joseph's Church in central Beijing, congregation members approached by AFP said they knew nothing about the deal.

"As a follower of Christ, I have no opinion on this," said a woman in her thirties.

"What's important is to be faithful to the Church, whatever happens is what the Lord allows."

Backers of the deal argue that it was never meant to address all outstanding issues, but was an important first step and largely beneficial to Chinese Catholics.

"We are content with the agreement," Cardinal Pietro Parolin, the Vatican's Secretary of State, told reporters Wednesday.

"But of course, problems remain that the agreement was not intended to resolve," he said.

Priests and dioceses in the Chinese state church did not respond to AFP interview requests.

However, one of them, Paul Han Qingping of northern Hebei province, wrote a blog post in late September supporting a renewal of the agreement.

"As the barriers... have been removed, bishops in China are now able to come together more often in collaboration and consultation in solving Church issues," he wrote, but admitted that some unofficial clergy remain resistant.

In a key concession to the agreement, Pope Francis recognised eight bishops appointed by China without papal approval. 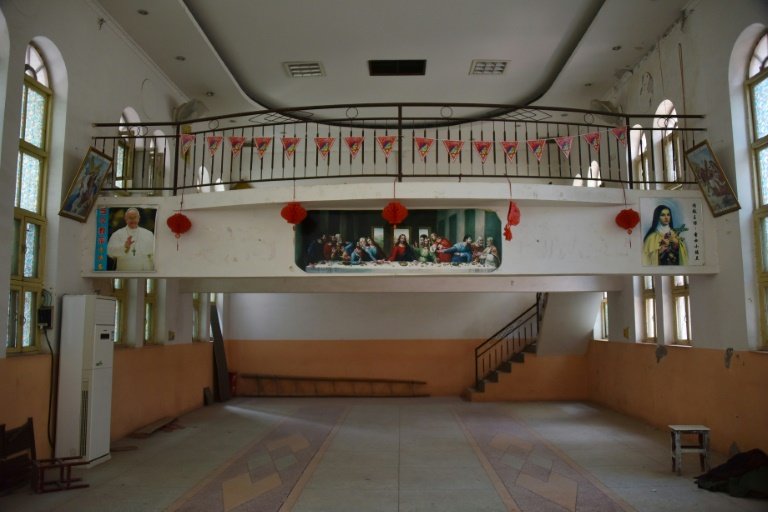 Washington has put intense pressure on the Vatican to scrap the deal with Beijing, saying it has failed to shield Chinese Catholics from persecution / © AFP/File

"The Vatican realises the importance of working within the system to prevent further restrictions on China's religious believers," said Lawrence Reardon, professor of political science at the University of New Hampshire.

Critics -- including retired Cardinal Joseph Zen of Hong Kong -- have accused the Vatican of betraying its values to appease China.

"With the protection of this agreement, the government forced the people from the underground to join the Patriotic Association... which is objectively schismatic," he told AFP, claiming that the underground community has "practically disappeared" as a result.