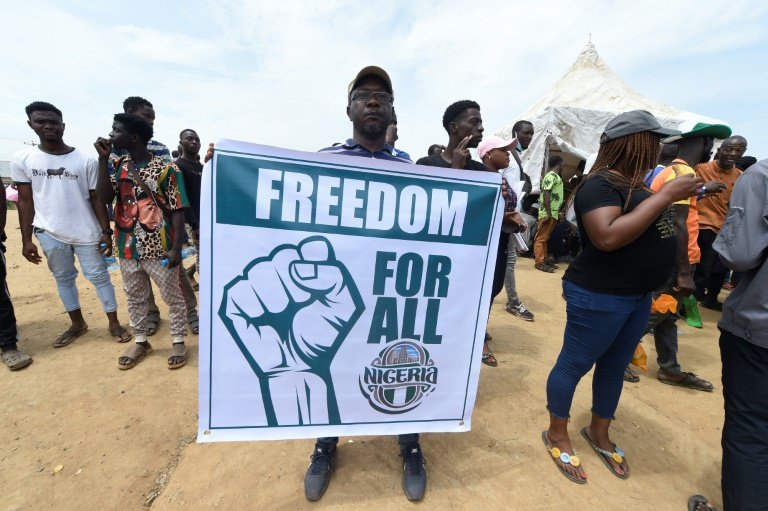 Crowds took to the streets again in Nigeria's largest cities on Monday as the death toll rose in snowballing protests sparked by police brutality.

Amnesty International said five people had died since the start of the weekend, taking the overall number of fatalities to 15 since demonstrations against abuses erupted this month.

In Lagos, home to 20 million people, thousands of people took to the streets again on Monday, bringing the economic hub to a standstill.

The huge outpouring of anger over brutality by Nigeria police's notorious Special Anti-Robbery Squad (SARS) forced the government to scrap the unit a week ago and promise reforms. 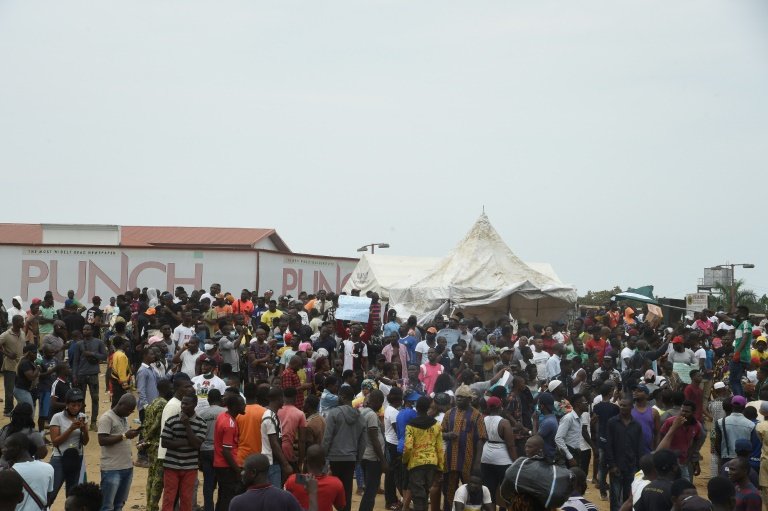 But the crowds of mainly young protesters have continued to swell, in the streets and online, as long-standing frustrations over bad governance in Africa's largest economy have burst to the surface.

Amnesty International's Nigeria spokesman Isa Sanusi told AFP that one person died in the northern city of Kano on Monday while four others died in Benin City, Abuja and Osogbo over the weekend.

Around 50 youths in civilian clothes armed with machetes were seen chasing away demonstrators on a road leading the presidential compound. 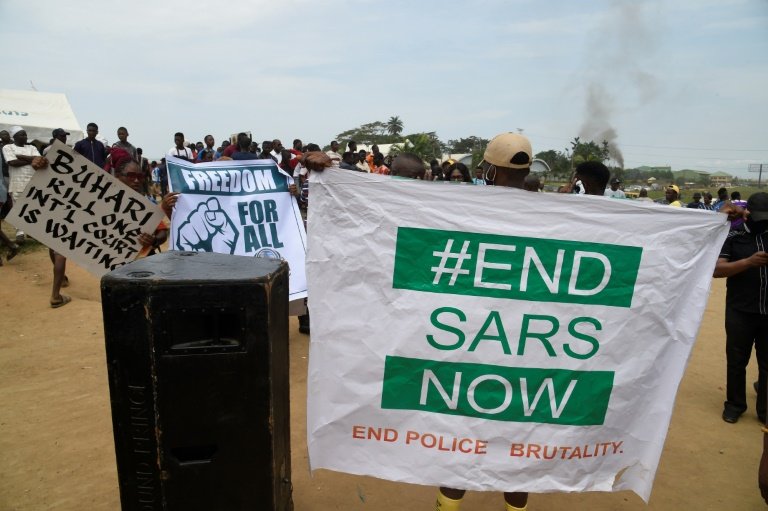 Protesters around the country have repeatedly complained that "thugs" believed to have been paid by local officials have violently broken up rallies.

Amnesty said that a similar attack in Abuja on Sunday had left dozens of people injured.

Meanwhile, police said one of their facilities was attacked on Monday by "persons posing as #EndSARS protestors" in Benin City in southern Edo state.

"The extent of damage cannot be ascertained at the moment," the Nigerian police said on Twitter.

"Reports indicates that the protesters carted away arms and ammunition from the armoury and freed the suspects in custody before setting some of the facilities ablaze," it said.

In response the local governor said he was imposing a 24-hour curfew after the incident.

The spread and scale of the demonstrations have rattled government of President Muhammadu Buhari as they have snowballed into the largest show of people power in years.

The #EndSARS rallying cry has trended on social media and drawn support from high-profile celebrities in Nigeria and abroad.

Some top officials have urged demonstrators to end the protests to give the authorities time to enact reforms to the police.

But many are sceptical of the government pledges after previous promises to curb abuses went unfulfilled and anger is increasingly turning to the entire political elite.

A resident in Benin City said that several hundred people were protesting in the city on Monday.

"In my area a few hundred youth came out to protest," Kelvin Osagie, 29, told AFP,

"They were not chanting 'EndSARS' but 'End Buhari'."

The police said the unit was set to begin training Monday despite widespread demands for a radical overhaul of law enforcement.