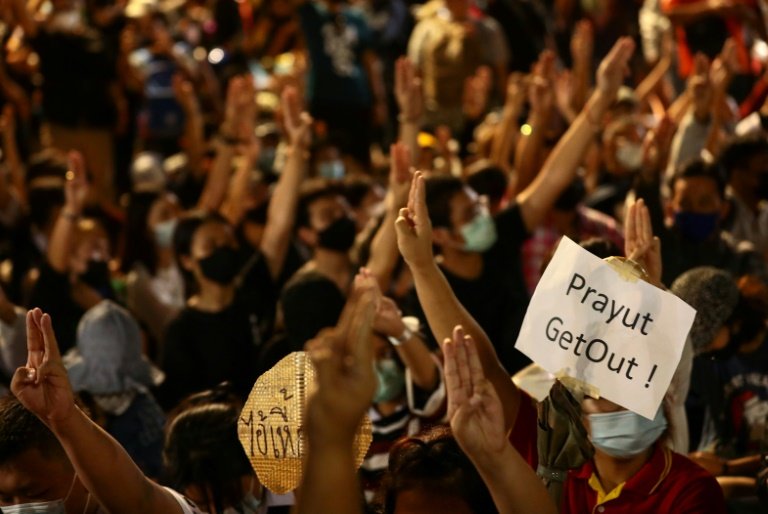 Thousands of Thais defied a fresh government warning Monday and again took to the streets, as the embattled premier recalled parliament to thrash out how to end weeks of protests.

The protesters rallied in three locations in the capital, singing the national anthem and raising a three-finger salute borrowed from the "Hunger Games" movies that has come to symbolise opposition to the military-backed government.

Some carried signs reading slogans such as "2020 is a bad year, but Thai politics is worse".

Earlier Monday, embattled Prime Minister Prayut Chan-O-Cha said parliament -- currently in recess -- would be recalled to discuss how to reduce tensions, and warned protesters not to break the law.

"The government has already compromised to some degree," he said.

Protesters have defied a government ban imposed last week prohibiting gatherings of more than four people after some activists gave the democracy salute to a royal motorcade.

The largely leaderless movement is calling for the resignation of Prayut -- a former army chief and mastermind of a 2014 coup -- as well as the re-writing of the military-drafted constitution they say rigged last year's election in his favour. 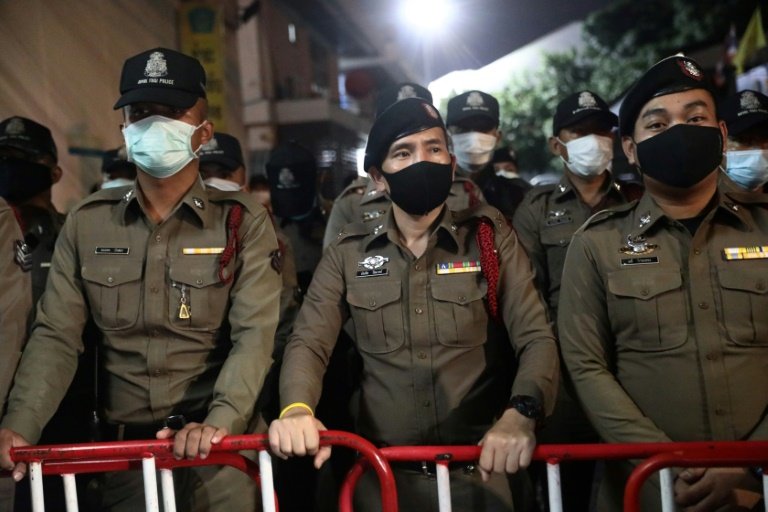 They are also calling for the reform of the kingdom's powerful and ultra-wealthy monarchy -- a long-taboo subject.

They want the abolition of a draconian defamation law that shields King Maha Vajiralongkorn from criticism, greater transparency of royal finances, and for the monarch to stay out of politics.

On Monday protesters used secure messaging platforms to organise gatherings across Bangkok, seemingly keeping a step ahead of authorities trying to block access to rally points.

"I've never been so anxious every day to find out where the mob is -- it's worse than lottery day!" Kaykai, 55, told AFP, adding that she supports the "guerilla" tactics of the younger generation.

"The police will never catch up with them."

"This government needs to end," added Plai, a 19-year-old who travelled from Thailand's northeast to join the protest, which ended around 7:30 pm (1130 GMT).

"I don't want our taxes to be wasted anymore." 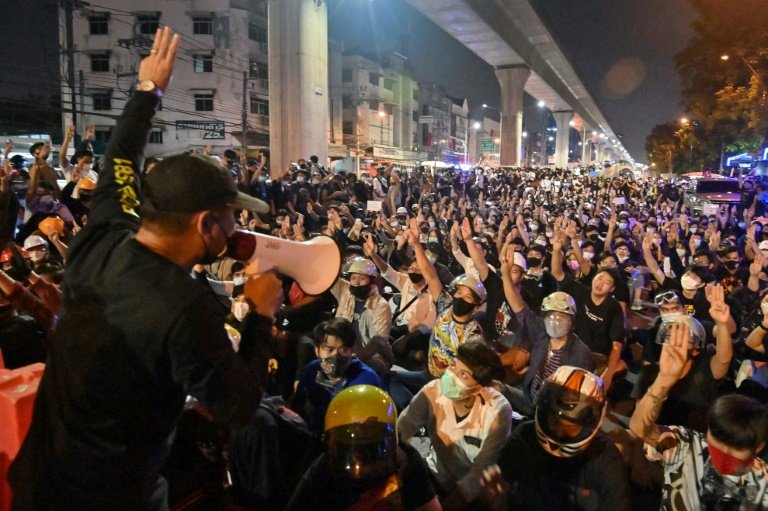 The movement appeared to be gaining traction across the kingdom, with rallies Monday in cities such as Songkhla in the south, and Chiang Mai in the north.

It has gained momentum since July, but sharply escalated last week after a group of protesters surrounded a royal motorcade and flashed the three-fingered democracy salute at Queen Suthida.

Two activists now face charges under a rarely used law banning "violence against the queen", and face a maximum sentence of life in prison if convicted. 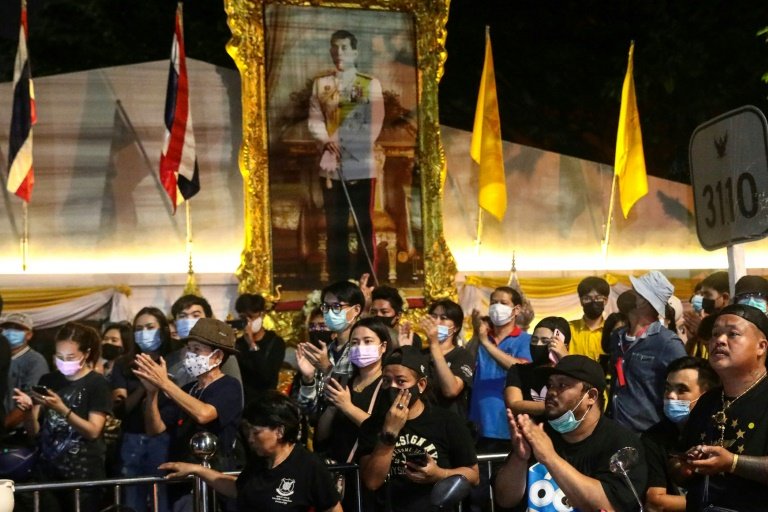 Prayut warned Monday the government needed to protect the monarchy.

"This is the duty of all Thais," he told reporters.

Apart from arrests by police, the Ministry of Digital Economy and Society said it had flagged more than 325,000 messages on social media platforms that violated the Computer Crimes Act, which critics say is used to muzzle dissent.

The ministry was also asked to consider suspending Telegram, a messaging app that activists have pivoted to in recent days, police chief Suwat Jangyodsuk said.

Police warned local media outlets that their coverage of the protests would be scrutinised for possible illegal content.

"They think they have so much power to shut people down online, but they don't realise they can't catch up with us new generation and the technology we grew up with," said an 18-year-old nicknamed Apple.

#SaveFreePress and #Mob19October trended in Thailand on Twitter -- one of several platforms being used by the tech-savvy protesters to coordinate their activity.

They have also copied many tactics employed by Hong Kong protesters during months of frequently violent clashes there last year, including using improvised protective clothing in case of confrontations with riot police.