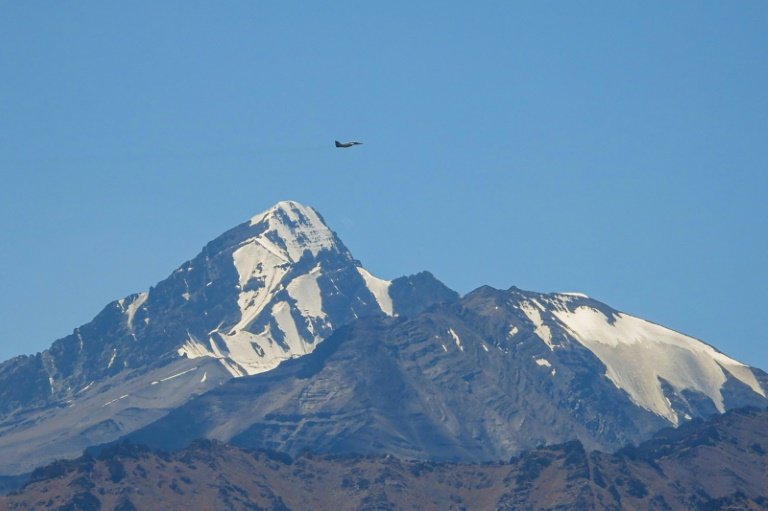 An Indian fighter jet flies over a mountain range in Ladakh. Indian and Chinese troops have clashed along their disputed border in the remote region / © AFP/File

India said Monday that it had detained a Chinese soldier who strayed across the disputed frontier where the two countries are engaged in a months-long standoff after a series of clashes.

The People's Liberation Army corporal was "apprehended" in the high altitude freezing desert area of Ladakh after crossing into Indian-controlled territory along their poorly demarcated border, an Indian army statement said.

Both sides have poured tens of thousands of troops into the border zone since fighting a pitched battle in June in which 20 Indian troops and an unknown number of Chinese soldiers were killed.

India named the Chinese soldier who "strayed" as Corporal Wang Ya Long and said he had been given medical treatment against the extreme climate.

India said the PLA had already made an approach and the corporal would be returned "as per established protocols".

Several rounds of talks have failed to significantly ease tensions and the neighbours -- who blame each other for the standoff -- are now digging in for a harsh winter at 4,200 metres (14,000 feet) in a region where temperatures regularly fall below minus 30 degrees Celsius (minus 22 Fahrenheit).