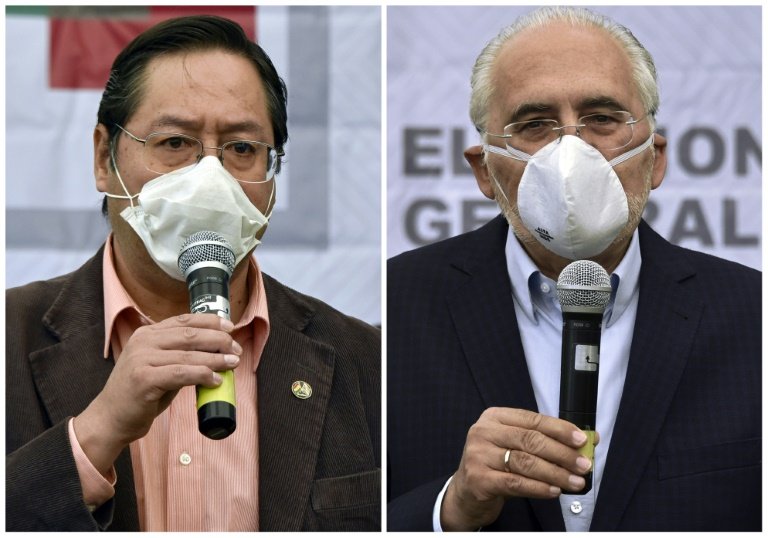 Voters expect social upheaval for the second time in a year no matter who wins Sunday's general election in Bolivia.

Polls open at 8:00 am (1200 GMT) in an election that will not feature former president Evo Morales for the first time in 20 years.

It comes a year after Morales stood for, and won, an unconstitutional fourth term in a controversial election last year that sparked weeks of protests.

Morales, who resigned and fled into exile, is barred from taking part this time around but his successor as leader of the Movement for Socialism (MAS) party, Luis Arce, has topped every poll since he was nominated in January.

Tensions have been running high with MAS warning of a pending "fraud" and threatening to protest should they not get their way, while misinformation has been circulating freely.

"Obviously there will be social upheaval ... we just hope it won't last long," Clara Quitalba, 49, from the MAS bastion of EL Alto on the outskirts of La Paz, told AFP.

Last year protests broke out against Morales's victory following a 24 hour halt in the live, transparent vote count that saw the incumbent's lead jump dramatically once it resumed.

A later audit by the Organization of American States found clear evidence of fraud.

"Hopefully it will be calm because we don't want to go through what happened last year. It was terrible," said Renata Zapata, 24, in La Paz.

The protests didn't end with Morales's exile as his supporters took to the streets in turn. 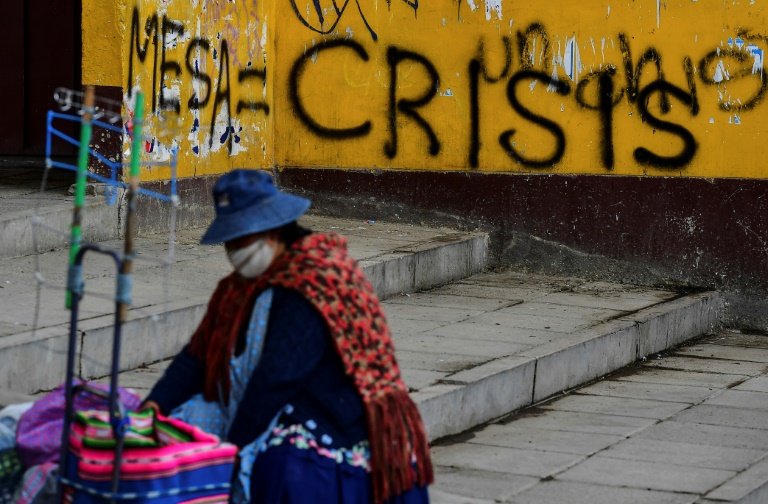 A woman is seen near a wall withagraffiti against presidential candidate Carlos Mesa, in El Alto, Bolivia, on October 17, 2020 / © AFP

Arce is expected to win Sunday's first round but the question is whether the 57-year-old can achieve the required 40 percent with a 10-point lead to avoid a run-off.

Polls suggest centrist former president Carlos Mesa, 67, will take enough votes to ensure there is a run-off, which he would be expected to win with the other four candidates likely to then endorse him.

"While the margin will be close, we remain of the view that Mesa will take the race to a 29 November runoff, which he would be favored to win," said Eurasia Group's analyst for Brazil and Bolivia, Filipe Gruppelli Carvalho.

But there is reason to be hopeful of a return to democracy and stability after Morales tried to hold onto power despite the constitution limiting a president to two successive terms.

"It's the end of a cycle of the Evo Morales government and the political crisis," political scientist Carlos Cordero from the Catholic University, told AFP.

"We hope a process to strengthen the (political) institutions will begin," added Cordero.

Observer missions from the European Union, OAS and the Carter Center will be present while United Nations General Secretary Antonio Guterres has called for the result to be respected.

The vote will bring to an end the year-long interim presidency of conservative Jeanine Anez, who withdrew from the race a month ago amidst criticism of her handling of the coronavirus pandemic that has left more than 8,400 people dead and infected 130,000 in the country.

- 'Governing will be difficult' - 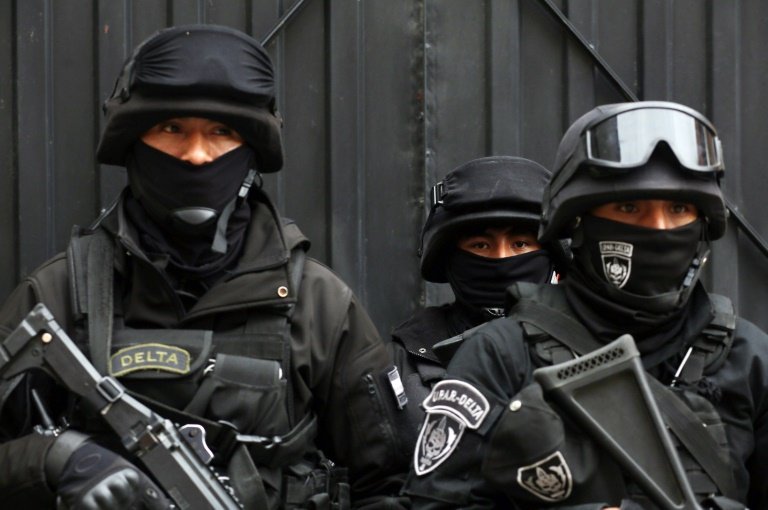 Landlocked Bolivia, one of the poorest countries in the region despite its rich natural resources, is also experiencing its worst economic crisis in 40 years with GDP expected to contract by 6.2 percent in 2020.

As well as choosing a new president, the 7.3 million eligible voters will elect a new Congress, where both chambers are currently controlled by MAS.

Although likely to remain the largest party, MAS is expected to lose its overall majority in the chambers.

Mesa's Civic Community party and Creemos (We Believe) of right-wing presidential candidate Luis Fernando Camacho -- who is third in the polls -- should dominate the rest of the seats.

"Governing will be difficult, there could be these golden benches that tip the balance, like Camacho's," said Cordero.