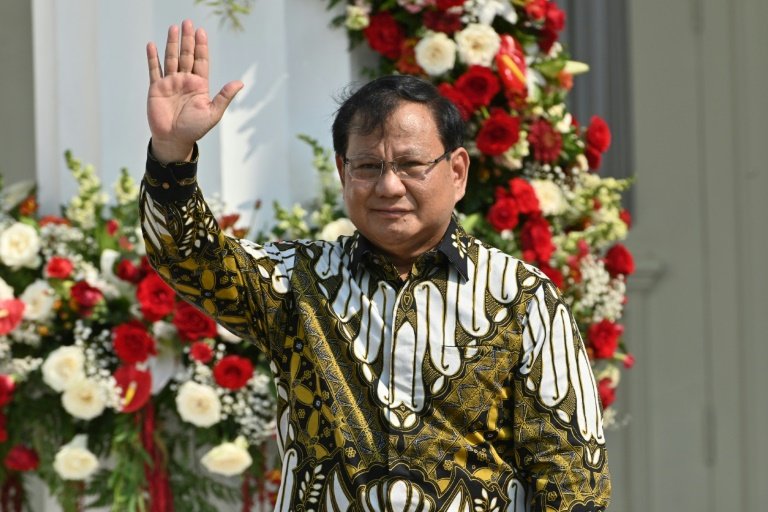 Indonesian Defence Minister Prabowo Subianto, an ex-general and former son-in-law of dictator Suharto, has been invited to the US from October 15-19, his aides said / © AFP/File

The United States has lifted a long-time ban on Indonesian Defence Minister Prabowo Subianto over alleged human rights violations and invited him to Washington next week, his aides said Friday.

A former son-in-law of Indonesia's long-time dictator Suharto, Subianto was denied a US visa in 2000, reportedly because of his rights record.

Subianto, a former commander of the notorious Kopassus special forces, allegedly ordered the abduction of democracy activists in the final days of Suharto's rule in 1998 and has been accused of committing atrocities in East Timor during its brutal 24-year Indonesian occupation.

US Defense Secretary Mark Esper made the invitation and the trip would take place October 15-19, the defence minister's spokesman Dahnil Anzar said.

Another aide Irawan Ronodipuro said the former general had been taken off the US blacklist, but did not provide any details.

"The ban has been lifted and he will visit the US to discuss military relations and cooperation between the two countries," he said.

The US embassy in Jakarta refused to comment, citing confidentiality over visa rules.

Amnesty International described the US decision to lift the ban on Subianto as "catastrophic for Indonesia's human rights".

"His status as defence Minister should not be a waiver for him to get a visa," Amnesty International Indonesia's executive director Usman Hamid said.

"If the visa is granted without concrete and meaningful preconditions, it would be a disaster for Indonesian human rights, a catastrophic decision," he said.

Since he became defence minister last year, after several runs for president, Subianto has travelled the world intensively to negotiate arms procurements deals in a bid to strengthen the country's defence.

Washington has been pushing Southeast Asian countries to counter China's influence in the region, but Indonesia has been very careful not to get entangled in the power struggle.