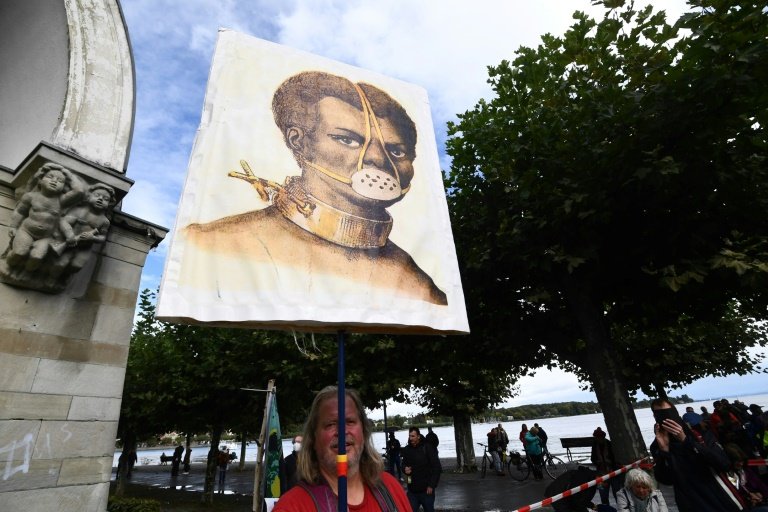 Fewer than the 15,000 anticipated protestors attended the alpine gathering.

Hundreds of protesters opposed to mask wearing and other coronavirus measures gathered at a lakeside town in southern Germany on Saturday for rallies that were smaller than planned.

The gathering in Konstanz on the border with Switzerland fell far short of the expected 15,000 people, with police saying roughly 1,000 had arrived in the area and all the events had passed off peacefully.

Similar events in August in Berlin -- attended by a mix of the extreme left and right, anti-vaccination campaigners, conspiracy theorists and self-described free thinkers -- had attracted roughly 20,000 people.

Germany enforces similar rules to many other European countries, obliging people to wear masks on public transport and keep 1.5 metres (five feet) apart where possible are among the most prominent.

But the country has consistently had a lower rate of infection than most of its neighbours and has managed to avoid the kind of restrictive blanket lockdowns seen in Spain and Italy.

In Konstanz, a group of protesters formed a human chain for half an hour, the centrepiece of the day of demonstrations.

"People need to think a bit more about this... and not be so afraid of nature because viruses and bacteria are part of nature," said one participant, Ella, 51.

Police were out in force to patrol the rallies after one of the previous gatherings saw groups of protesters try to break into the parliament building in Berlin.

The rallies have also caused outrage after images showed some participants with Nazi insignia.