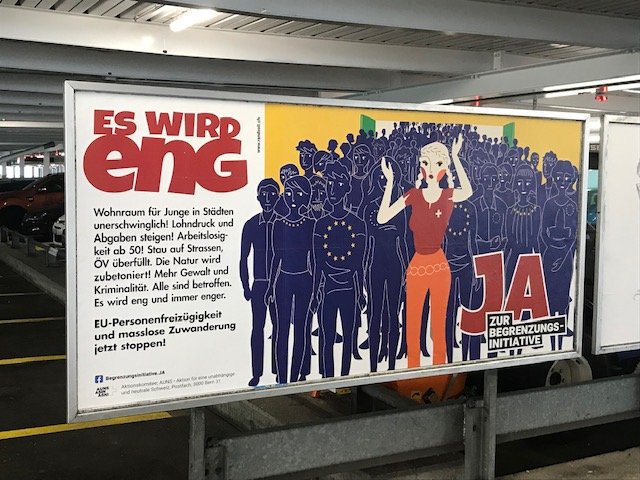 First trends seem to indicate that the majority of Swiss citizens want to uphold the agreement with the EU regulating the free movement of people ("Personenfreizügkeit").

According to early results of Sunday's referendum, over 60% voted against an initiative by the right-wing Swiss People's Party (SVP), aimed at scrapping the agreement and curbing immigration into Switzerland.

The agreement allows EU citizens to live and work in Switzerland, but is also the prerequisite for Switzerland having access to the EU market.

Other Swiss parties had warned of economic consequences if the agreement were cancelled.

Under the Swiss system of direct democracy, citizens make direct decisions in several referendums a year.