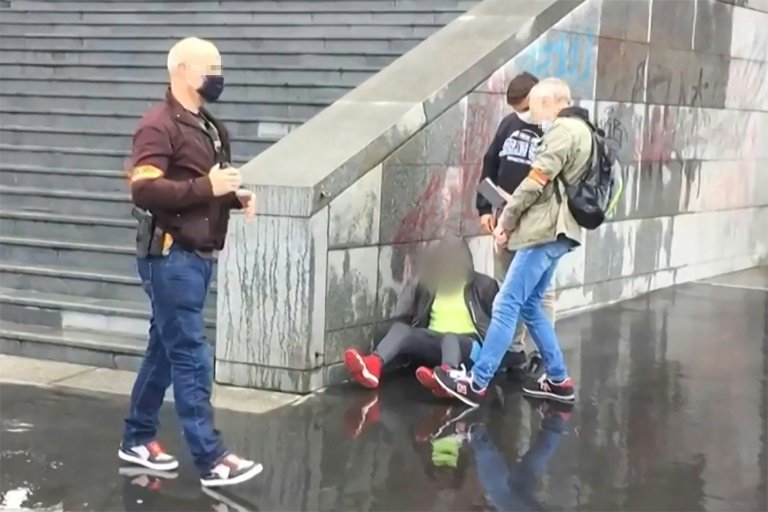 French police have detained seven people, including the main suspect, in connection with the attack / © AFP

A man suspected of wounding two people with a meat cleaver near the former Paris offices of Charlie Hebdo magazine has admitted staging the attack, linking it to the republication of cartoons of the Prophet Mohammed by the satirical weekly, sources said Saturday.

The man, who said he was born in Pakistan and is 18, "takes responsibility for his action," which came three weeks into the trial of suspected accomplices in the 2015 massacre of the newspaper's staff, a source close to the investigation said.

The man said during questioning he places his actions "in the context of the republication of cartoons" of the Prophet Mohammed in Charlie Hebdo, the source said. 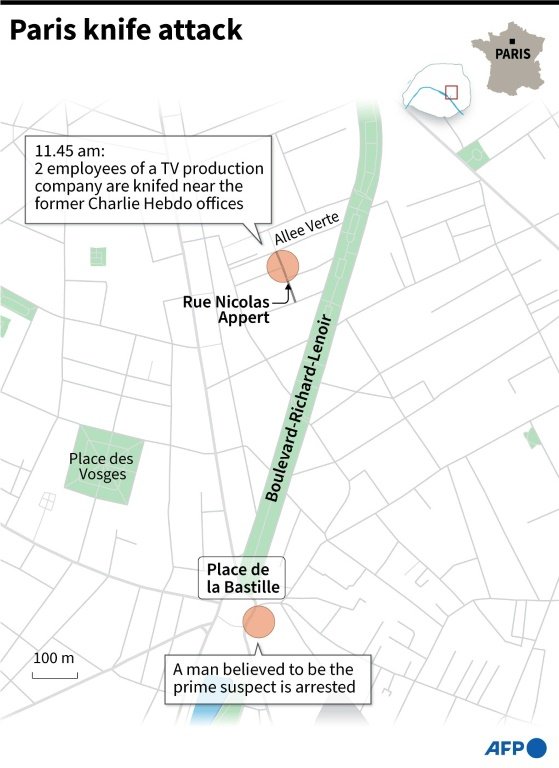 He was arrested not far from the scene later Friday.

Charlie Hebdo has angered many Muslims around the world by publishing cartoons of the Prophet Mohammed over the years, and in a defiant gesture reprinted some of the caricatures ahead of the trial.

France's PNAT specialist anti-terror prosecution office said Friday it had opened a probe into charges of "attempted murder related to a terrorist enterprise" against him as well as "conspiracy with terrorists."

The Premieres Lignes news production agency said the wounded were its employees -- a man and a woman taking a cigarette break outside.

The company specialises in investigative reports and produces the prize-winning Cash Investigation programme.

A source close to the investigation confirmed to AFP on Friday that a large meat cleaver found near the scene was used by the attacker.

French police are holding a total of seven people in connection with the attack.

Among them is a former flatmate of the main suspect who was taken in for questioning during the night, a judicial source said. 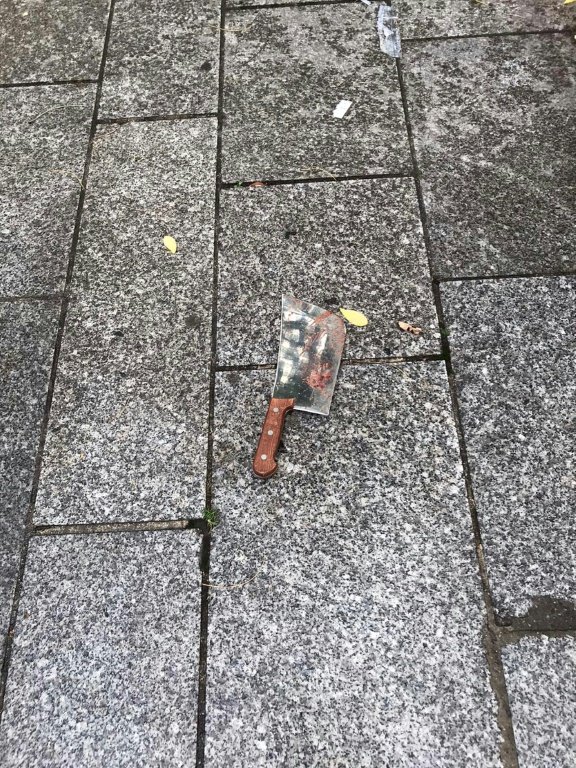 Five others were arrested in the Paris suburb of Pantin during a search of a property linked to the main suspect.

Police also late Friday released another man who was close to the scene of the attack but who was confirmed to have been a witness who had "chased the assailant", a judicial source said.

Neighbours and shopkeepers in Pantin described the suspect as "discreet" and "polite."

The young man, who arrived from Pakistan three years ago, was believed to have last lived in a small flat in a four-storey building in the district.

"He was very polite. I often saw him sitting on the landing with his telephone. He helped me carry my groceries," said one neighbour, who identified herself Josiane.

Prime Minister Jean Castex Saturday hailed the "efficiency" of the security forces following the attack during a visit to police headquarters, and said the "enemies of the Republic will never win". 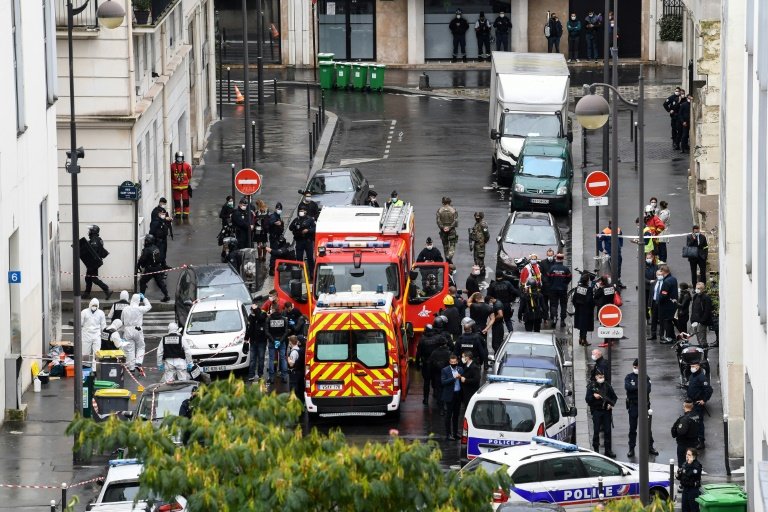 Twelve people, including some of France's most celebrated cartoonists, were killed in the attack on Charlie Hebdo's offices by Islamist gunmen on January 7, 2015.

The stabbing came during the trial of 14 alleged accomplices of brothers Said and Cherif Kouachi, the perpetrators of the 2015 attack on Charlie Hebdo that was claimed by a branch of Al-Qaeda.

A female police officer was killed a day later, followed the next day by the killing of four men in a hostage-taking at a Jewish supermarket by gunman Amedy Coulibaly.

The trial has reopened one of the most painful chapters in France's modern history, with harrowing testimony from survivors and relatives of those who died.

The magazine received fresh threats from Al-Qaeda this month after it republished the controversial cartoons.

More than 100 French news outlets on Wednesday called for continuing support for Charlie Hebdo against what they described as the "enemies of freedom".