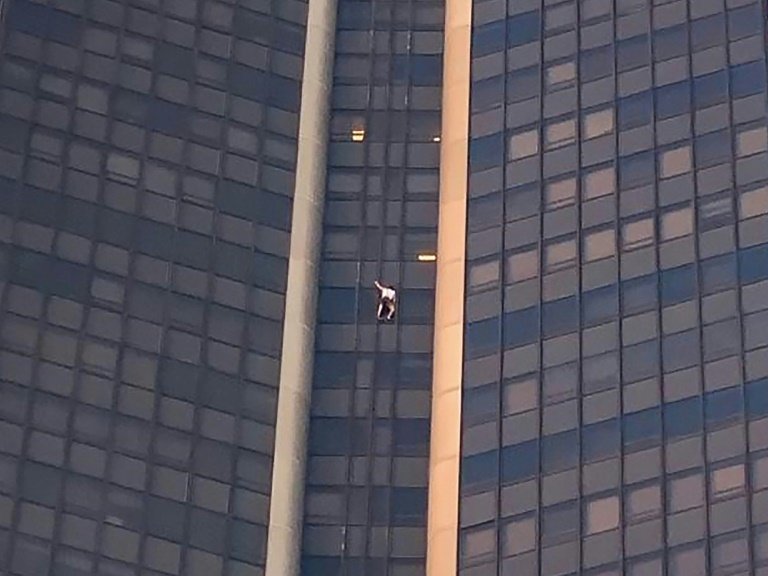 Unnamed climber nabbed by police after making without safety ropes

A man was arrested Friday after climbing up the facade of the Tour Montparnasse, the tallest building in Paris. a police source said.

The unnamed climber, who used no harnesses or other aids, was detained after he got to the top of the 210-metre (690 feet) office block, the source said.

He began the ascent in the early evening and was arrested at 8:00 pm (1800 GMT) after a rescue worker descended on a rope and accompanied him to the roof of the tower.

It wasn't the first time a climber had taken on the Tour Montparnasse. In 2015 the French "Spiderman" Alain Robert completed the daring feat with a Nepalese flag in hand, in tribute to the victims of a devastating earthquake in the country.

The Tour Montparnasse is not as high as the famous Eiffel Tower but remains the only skyscraper in the Paris city centre.