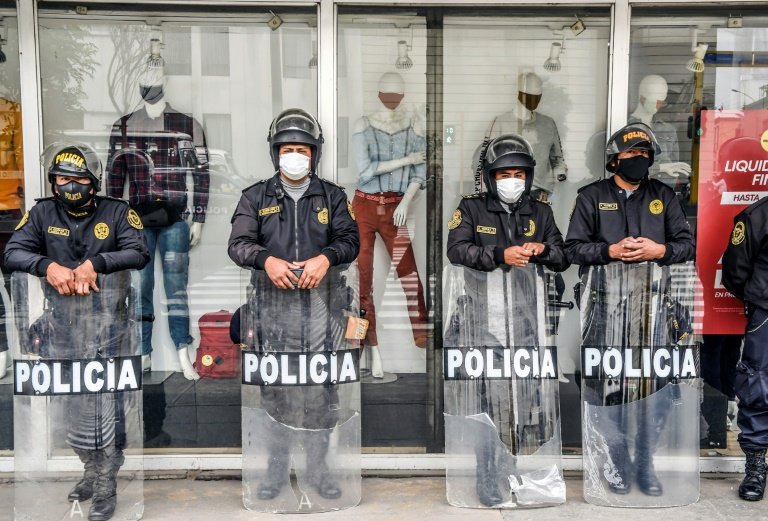 President Martin Vizcarra remained defiant Friday as Peru's Congress began an impeachment debate ahead of a vote that analysts say he is expected to survive.

"I'm not running. I didn't do it before and I'm not going to do it now," Vizcarra said in a brief statement to lawmakers before leaving his defense to his lawyer Roberto Pereira.

"I propose that the request for impeachment on the ground of moral incapacity be dismissed. It is evident that this motion suffers from a minimum elementary classification of the facts," Vizcarra said as a marathon debate began in Congress.

The heated session was opened by congressional speaker Manuel Marino, who would replace Vizcarra as Peru's leader if the impeachment carries. He began by calling on members present in the chamber to avoid any intolerant gestures towards the head of state, although most of the 130 lawmakers joined the debate by video link due to the coronavirus pandemic, which has taken a heavy toll in the South American country.

Vizcarra has accused Marino of "conspiracy" by trying to secure military assurances for a bid to succeed him.

Analysts said his opponents in Congress are likely to fall short of the 87 votes needed to oust him when the impeachment motion is put to a vote later Friday.

Congress voted last week to open impeachment proceedings against the 57-year-old president for "moral incapacity" over accusations he incited aides to lie to anti-graft investigators.

Vizcarra, in power since 2018, came under fire after leaked audio recordings in which he is heard telling aides to hide details from congressional investigators of his office's controversial hiring of a popular singer as a paid cultural advisor.

Public support for the president and his anti-corruption campaign has been evident in opinion polls, with eight out of 10 Peruvians wanting him to continue until the end of his mandate in July 2021.

"The speed at which this process has been played out reflects a crisis in the institutions," said political analyst Augusto Alvarez Rodrich.

The president's main rival, Keiko Fujimori, has publicly acknowledged that "there are not enough elements" to remove him from power.

"No one wins here, the executive loses as does Congress, because people see there are two branches of government locked in a political battle while a pandemic is killing Peruvians and creating a shocking level of unemployment that will take five years to recover from," said Alvarez Rodrich, as the debate in Congress stretched on for more than eight hours.