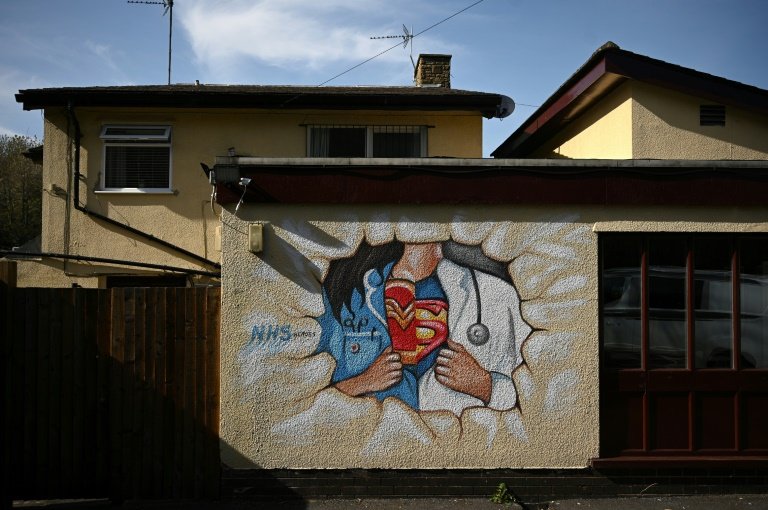 Healthcare services are being jeopardised by lack of access to coronavirus testing, hospital bosses in England warned on Tuesday.

NHS Providers, which represents the heads of hospital trusts in the state-run National Health Service, said there were "current capacity problems with the testing regime".

Its chief executive Chris Hopson said the government should prioritise health workers, as shortages of tests had caused a slew of staff absences in major cities.

Patients were also struggling to get tests, compounding delays within the NHS that have worsened since the outbreak began.

"We have now got cases where patients who should be being treated, we can't treat them because they can't get access to a test," he told Sky News television in an interview.

"So, for them that's a real problem."

Hopson spoke after LBC radio reported on Monday that no coronavirus tests were available in any of the 10 worst hotspots in England.

The revelation followed weekend reports of a backlog of 185,000 swab tests, and that the system was so stretched samples were being sent to labs in Italy and Germany.

The UK government has blamed surging demand for the situation and promised increased capacity while urging people only to get tested if they are showing symptoms.

"Clearly there is much more work that needs to be undertaken with Public Health England and the actual public health bodies in those particular local areas," she told BBC radio on Tuesday.

Britain, which has been the worst-hit country in Europe registering nearly 42,000 deaths, has seen a resurgence in the virus in recent weeks.

The country recorded more than 3,000 new cases on three consecutive days over the weekend, for the first time since May.

Prime Minister Boris Johnson had pledged to have a "world-beating" testing and tracing operation in place by June.

But alongside the faltering testing regime, the tracing system is still failing to reach the required number of people to work effectively.

Meanwhile, a much-touted smartphone app to help trace people is yet to launch in England.

Scotland, which runs health from the devolved administration in Edinburgh, launched an app last week using technology developed by Apple and Google.