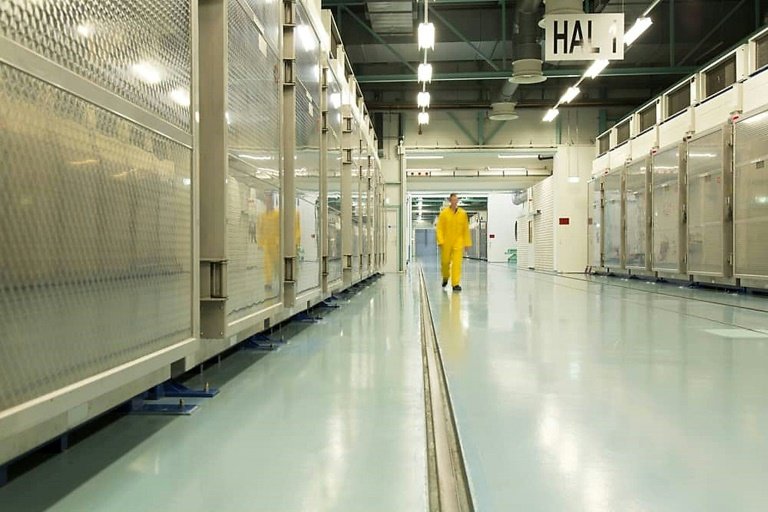 The UN's nuclear watchdog said Friday that Iran had granted its inspectors access to one of two sites where undeclared nuclear activity may have taken place in the early 2000s.

"The samples will be analysed by laboratories that are part of the Agency's network," it added.

One diplomatic source told AFP the results of this analysis could take up to three months.

An inspection at the second site will take place "later in September 2020," the report said.

Iran had denied the agency access earlier this year, prompting the IAEA's board of governors to pass a resolution in June urging Tehran to comply with its requests.

Tehran announced last week it would allow the IAEA access to the two sites, following a visit by IAEA Director General Rafael Grossi.

In a separate report also issued on Friday, the IAEA said Iran's stockpile of enriched uranium now stands at more than ten times the limit set down in a 2015 nuclear deal with world powers.

The limit was set at 300 kilogrammes (661 pounds) of enriched uranium in a particular compound form, which is the equivalent of 202.8 kg of uranium.

Measured against the latter figure, Iran's stockpile now stands at over 2,105 kg, the report said.

Iran is also continuing to use more advanced centrifuges to enrich uranium than is permitted under the deal.

However, the level of enrichment has not gone above that which would be needed for use in a nuclear weapon.

- US trying to up pressure -

The 2015 deal has been fraying ever since US President Donald Trump dramatically withdrew from it in May 2018 and re-imposed swingeing sanctions on Iran.

Tehran has responded by progressively exceeding limits on its nuclear activities set down in the deal.

In recent months the Trump administration has tried to increase pressure on Iran, but Washington suffered a humiliating defeat in August when it failed in its bid to reimpose international sanctions on the Islamic republic.

At a meeting in Vienna earlier this week the remaining parties to the 2015 deal -- Britain, France, Germany, China and Russia -- said they remained committed to the deal and wanted to find a way to ensure its "full implementation despite current challenges".

The second IAEA report issued Friday also gave an update on another location in Tehran which had not been declared to the agency and where it found uranium particles last year.

The Agency has analysed samples from the site, the results of which were "not inconsistent" with information provided by Iran about the possible origin of the particles.

"However, the Agency has recently informed Iran that there are a number of other findings for which further clarifications and information need to be provided," the report says.