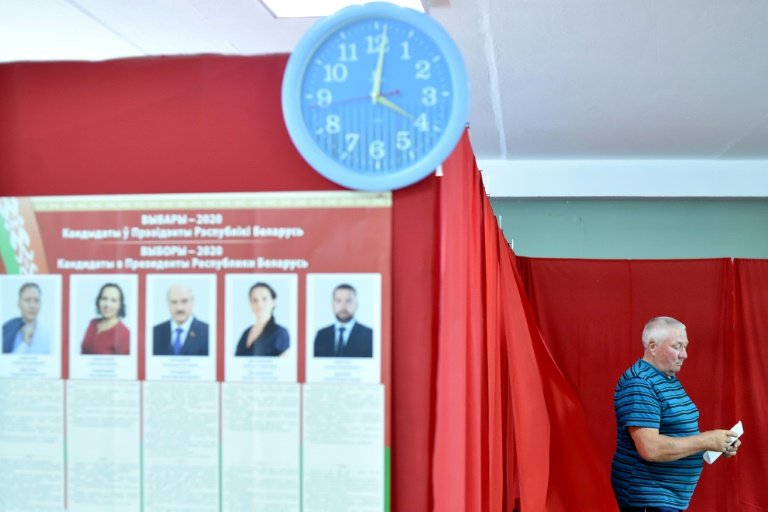 Belarusian leader Alexander Lukashenko seems set on burning once "brotherly" bridges with the Kremlin during a volatile election campaign that has seen him arrest Russian citizens and raid a bank with links to Moscow.

The strongman leader of ex-Soviet Belarus has accused "puppeteers" and "Telegram channels" with ties to Moscow of meddling in the August 9 elections in which he is expected to secure a sixth term.

His security services stormed Belgazprombank -- a subsidiary of Russian energy giant Gazprom -- which was once headed by a now jailed opposition candidate, and Gazprom criticised the installation of new management.

The 65-year-old authoritarian leader has also called for military exercises near the Russian border.

But the biggest upset came last week when his KGB security services arrested 33 Russians, calling them mercenaries who were dispatched over the frontier to stir unrest.

Belarus is more tightly linked to Russia than any other country and the two form a "union state" with an integrated economic zone, military alliance, and potential for even deeper unification.

But the partnership has come under strain in recent years, and Lukashenko's recent moves could act as a final blow that ruptures the special relationship.

During a televised address to the nation this week, Lukashenko said Belarus was important to Russia because Moscow "does not have any other close allies left".

He has raised the prospect of a "point of no return, when relations between the two countries turn from brotherly and strategic into ordinary and practical," said Arseniy Sivitski, director of the Center of Strategic and Foreign Policy Studies in Minsk. 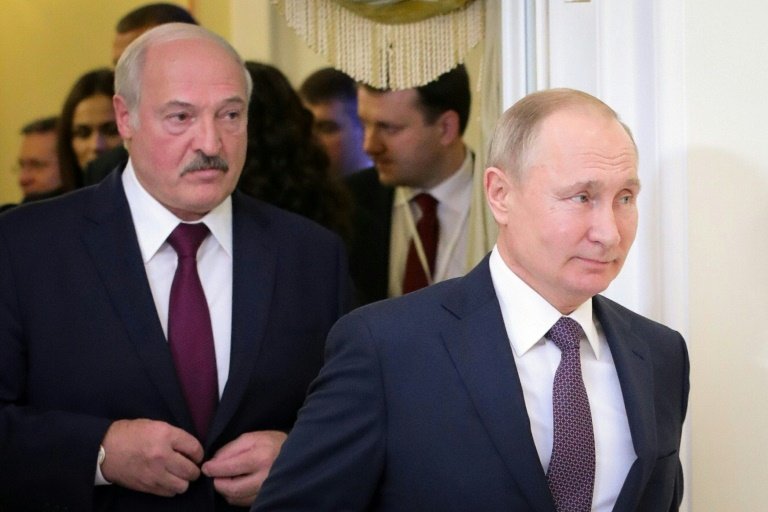 In Russia, official comments on the elections have been reserved, with Kremlin spokesperson Dmitry Peskov describing the vote as a domestic issue in Belarus.

But the outspoken leader of the nationalist LDPR party Vladimir Zhirinovsky accused Lukashenko of being addicted to power after ruling over Belarus for 26 years.

"Power... is the scariest drug, Lukashenko can't get enough," Zhirinovksy said, calling on the Belarusian president to withdraw from the race so the polls could be "beautiful."

Foreign ministry spokeswoman Maria Zakharova said the vagaries of campaign politics alone could not threaten the "strong foundations" of Russia's ties with Belarus. But she added a veiled threat:

"Regarding the detained Russian citizens... we will not let any harm come to them, and they know this very well in Minsk," she wrote on Facebook.

Valery Tsepkalo, a main rival Lukashenko in the upcoming vote who fled from Belarus fearing arrest, has said the Kremlin may be having second thoughts about backing Lukashenko.

"Russia for the first time has not taken a pro-Lukashenko position in these elections," Tsepkalo told Ukrainian television channel Hromadske during a tour of countries neighbouring Belarus.

"The Kremlin understands that supporting such an unpopular leader could have serious consequences in the future," he said.

Other Belarusians however have a more pessimistic outlook.

Moscow plans to use the elections to "tame the shrew," -- a reference to the Belarusian leader -- or to "change him" for a better ally, said Alexander Milinkevich, an opposition member who ran against Lukashenko in 2006.

Writing on Facebook, he said the Kremlin offered to bolster Lukashenko's position late last year in exchange for agreeing a roadmap for deeper integration, plans which sparked protests in Belarus.

The Belarusian leader refused to sign any agreements on closer integration over undermining his country's sovereignty. 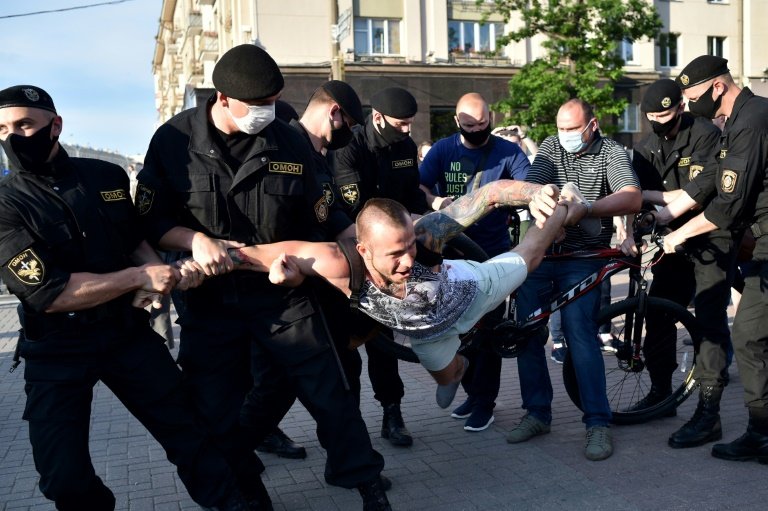 The election campaign was marked by clashes between opposition supporters and security services. / © AFP/File

Earlier this year, Lukashenko and Russian President Vladimir Putin failed to reach an agreement on discounted energy prices and Lukashenko claimed Putin wanted to "incorporate" Belarus in Russia in exchange.

Against the backdrop of these underlying tensions, the arrest of the Russians in Belarus is an escalation of already existing discord, says political analyst Artyom Shraibman.

The incident threatens to exacerbate the "extended crisis of trust" between Minsk and Moscow, he wrote for Carnegie Moscow Centre.

"For the first time, this crisis has shown itself not just in oil and gas or trade issues, but also the sacred and almost pristine cooperation between the military and security services," he added.

"Minsk and Moscow will now be expecting provocations and uncoordinated actions more often. The mutual fatigue and suspicion will continue to accumulate."