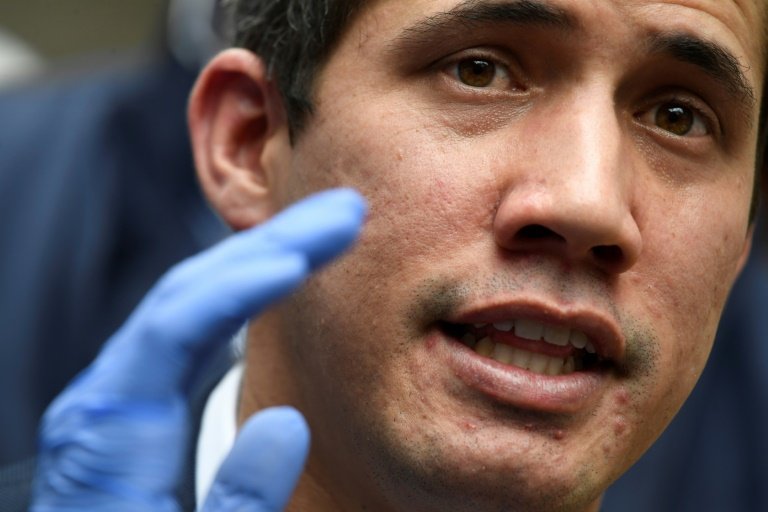 A US official voiced confidence Tuesday that key powers would keep recognizing opposition figure Juan Guaido as Venezuela's interim president even if he is sidelined in disputed elections.

The United States and most Western and Latin American nations no longer recognize leftist Nicolas Maduro as president due to wide allegations of fraud in 2018 elections but he remains in charge.

Guaido's claim to power rests on being parliament speaker, but the opposition fears that new legislative polls called for December 6 under a regime-led election body are a foregone conclusion.

Elliott Abrams, the pointman in President Donald Trump's push to remove Maduro, said the United States would back Guaido regardless of the election outcome -- and predicted that other countries felt the same.

"There are about 60 countries that have recognized Guaido and I do expect that all of them -- and we will be in touch with any we haven't been yet -- will continue to recognize him and will not recognize this fraudulent election," Abrams told the Senate Foreign Relations Committee.

"That corrupt election is not going to change Guaido's status and I don't think you'll find anybody in the opposition leadership who will claim otherwise," he said.

US lawmakers across party lines widely share opposition to Maduro, who presides over a crumbling economy from which millions have fled.

But Abrams faced sharp questions on strategy. Senator Chris Murphy, a Democrat, questioned why the United States has voiced skepticism over mediation efforts by Norway.

Murphy said the Trump administration could have tried either to work with or neutralize Russia and China, the main backers of Maduro, before recognizing Guaido in January 2019.

"We just have to be clear that our Venezuela policy over the last year and a half has been an unmitigated disaster and if we aren't honest about that, then we can't self-correct," Murphy told Abrams.

"All we did was play all our cards on day one and it didn't work and it's just been an embarrassing mistake after mistake since."

But Abrams, responding to a question from Senator Ted Cruz, a hawkish Republican, renewed hope that Maduro will fall soon.

"We obviously hope he does not survive the year and we are working hard to make that happen," Abrams said.