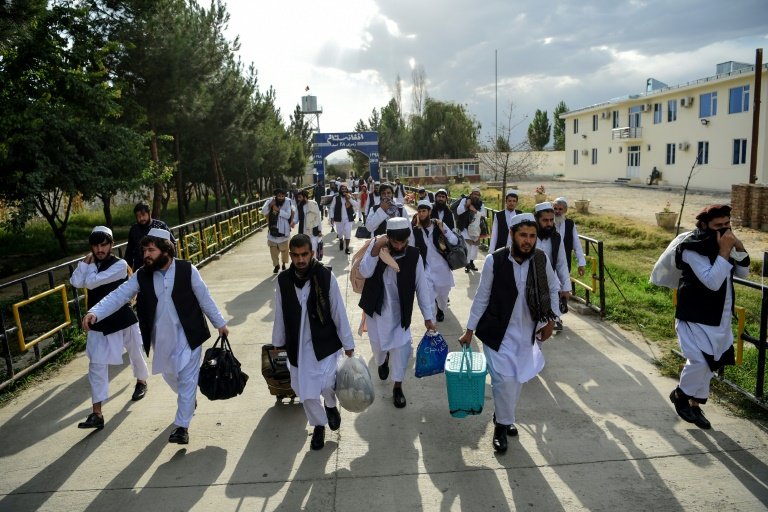 Kabul says just over 4,900 Taliban prisoners have been released so far / © AFP/File

A ceasefire between the Taliban and Afghan government appeared to hold for the third and final day on Sunday, with hundreds of militant prisoners released in a bid to bring peace talks closer.

Calm prevailed across much of Afghanistan, with officials not reporting any major clashes between the two foes since the truce began on Friday to mark the Muslim festival of Eid al-Adha.

President Ashraf Ghani and the Taliban have both indicated that long-delayed negotiations could begin straight after Eid.

The rare respite from violence gave some Afghans the opportunity to safely visit relatives for Eid celebrations after long periods apart.

"I managed to visit my village for the first time in two years," said Khalil Ahmad from volatile Uruzgan province, a hotbed for insurgents.

"There were many Taliban checkposts on the way, but they did not bother anyone."

Shahpoor Shadab, a resident from the eastern city of Jalalabad, told AFP that "Eid feels different, parks are full with people". 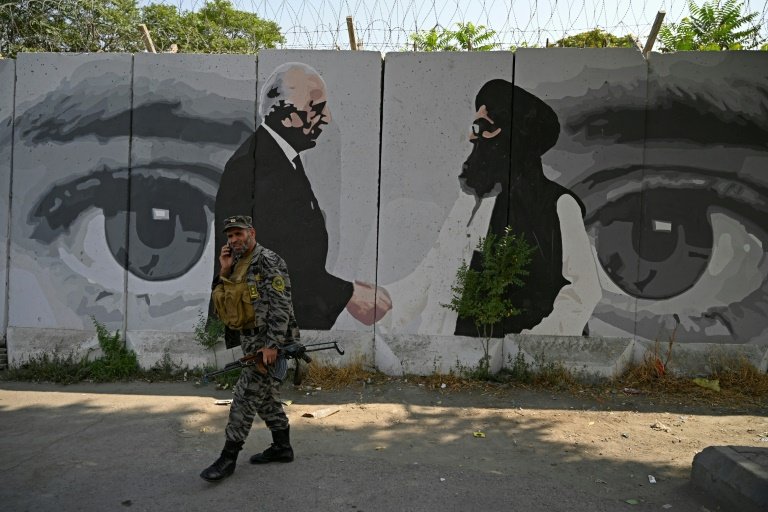 A mural depicts US special envoy Zalmay Khalilzad (L) and Taliban co-founder Mullah Abdul Ghani Baradar. Under the US-Taliban deal, 'intra-Afghan' talks were to start in March but hit delays amid political infighting in Kabul / © AFP/File

"You almost forget that there has been a war in this country for 40 years."

Kabul resident Fawad Babak, a shopkeeper, was sad that it was the last day of the ceasefire.

"I'm a little disheartened... the killing and bloodshed may resume again tomorrow," he said.

In restive Zabul province, several residents recited poems calling for the ceasefire -- only the third official halt in fighting in nearly two decades of conflict -- to be made permanent.

"Peace is everybody's need and aspiration," said Sardar Wali, who took part in the poetry session.

"This is a great opportunity to extend the ceasefire today and start intra-Afghan talks tomorrow."

Under a deal signed by the Taliban and the US in February, the "intra-Afghan" talks were slated to start in March, but were delayed amid political infighting in Kabul and as a contentious prisoner swap dragged on. 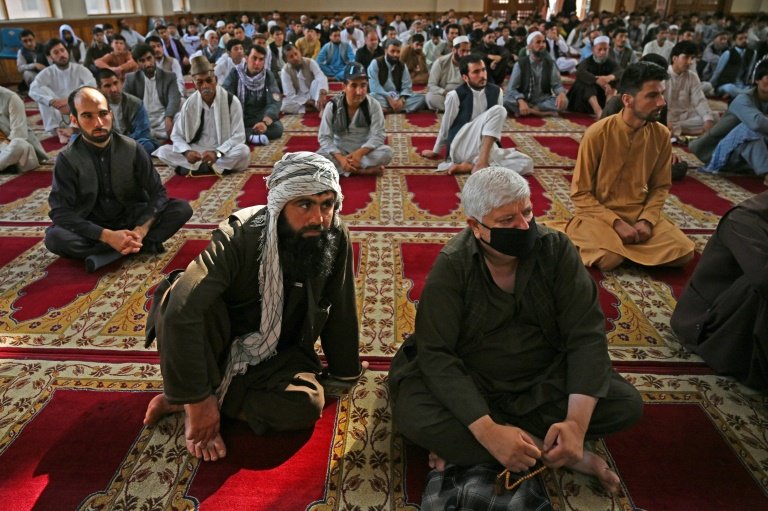 The deal stipulated that Kabul would free around 5,000 Taliban prisoners in return for 1,000 Afghan security personnel held captive by the Taliban.

The National Security Council said Sunday that a further 300 Taliban prisoners had been released since Friday, taking the total number of insurgents freed so far to just over 4,900.

Authorities however have refused to free hundreds of inmates accused of serious crimes that the insurgents had requested for release.

The Taliban said they have already fulfilled their side of the exchange.

Deadly violence has rocked Afghanistan since the US-Taliban deal was agreed, with more than 3,500 Afghan troops killed in attacks by the insurgents, according to Ghani.