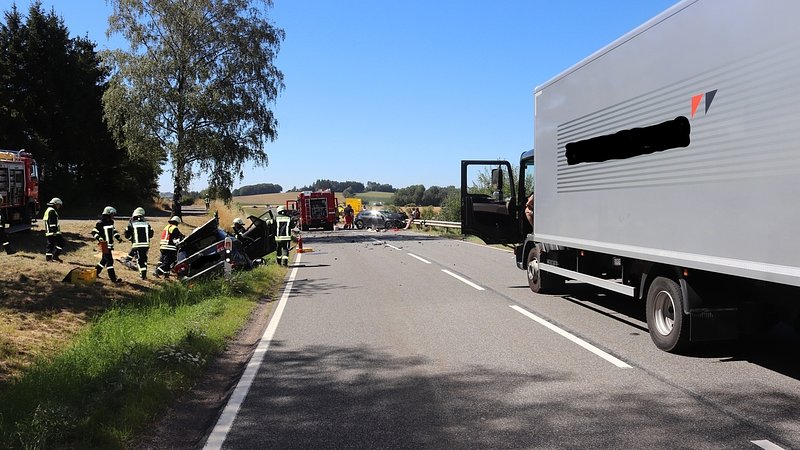 Two cars were involved in a head-on collision near Arzfeld in the direction of Irrhausen. A 61 year-old driver was among the victims and unfortunately passed away.

On Friday afternoon, a fatal accident occurred on the B410 near Arzfeld in Germany. The two cars collided in an elongated left curve, prompting both to spin multiple times. The car that was headed to Irrhausen faced a roadblock, while the other vehicle alighted on an unpaved path.

The 61 year-old driver of the vehicle headed towards Arzfeld unfortunately passed away before the emergency services could help, while the other victim of 28 was brought to hospital via emergency rescue helicopter.