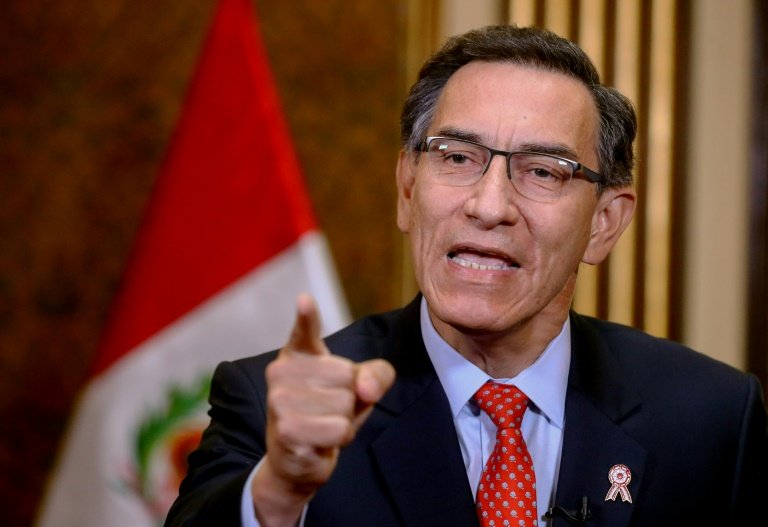 Peru's President Martin Vizcarra on Monday lambasted a reform approved by Congress that strips presidents, ministers and lawmakers of their immunity, saying it was a smokescreen designed to maintain impunity.

"It's a ploy to maintain parliamentary immunity," Vizcarra said, accusing Congress of using unconstitutional methods to approve the bill that would ensure it was thrown out.

Congress approved the reform on Sunday in record time, adding to an initiative by the government to end presidential and ministerial immunity.

"They got approval for a completely distorted immunity where they include the president. They want to make fools of the Peruvian people," Vizcarra told journalists during a visit to the northern region of Tumbes.

Congress approved the reform hours after Vizcarra announced that he would hold a referndum on ending parliamentary immunity alongside presidential and parliamentary elections in 2021.

The move comes after some politicians have avoided going to prison after being convicted in the courts.

"They have distorted it (the reform proposal), surely someone will go to the Constitutional Court to have it annulled. Then, the parliamentary immunity will continue," as it has until now, Vizcarra said.

The president has maintained high approval ratings, and currently has around 70 percent approval, for an anti-corruption crusade.

Vizcarra said he personally had no fear of the consequences of losing his immunity.

"If they want something against the president, here I am," he said.

"I have no fear of being deprived of presidential immunity, because I have always acted with transparency and honesty throughout my life as a professional and a citizen," he said.

Congress speaker Manuel Merino announced that the reform must be ratified by the next parliament, which begins work on Monday.

Vizcarra launched his crusade against corruption in 2018 after taking over from disgraced ex-President Pedro Pablo Kuczynski (2016-2018), who was forced to resign over a corruption scandal.

Four former presidents are embroiled in a scandal by which Brazilian developers Odebrecht doled out millions in bribes to Peruvian officials in exchange for public works contracts.

But the new parliament will only serve for a year, with new elections scheduled for April 2021.

The Congress is now dominated by center-right parties but none has an absolute majority.