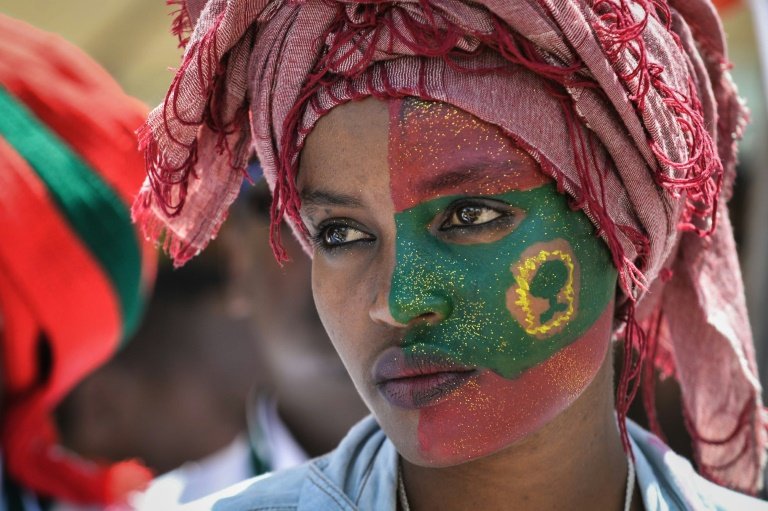 Follower: A woman's face is painted with the flag of the Oromo Liberation Front at celebrations in September 2018 to mark the return of the once-banned OLF to Addis Ababa / © AFP

The political crackdown deepens fears of a large-scale roundup of government critics as Prime Minister Abiy Ahmed seeks to maintain control and keep a lid on simmering ethnic tensions and resentments.

The opposition politicians from the Oromo Liberation Front (OLF) were seized by security forces in the capital, Addis Ababa, party chairman Dawud Ibsa told AFP. They include Chaltu Takkele and Gemmechu Ayana, senior political officers, and Kennesa Ayana, a member of the party's central committee.

"We don't know why they were taken," Dawud said. "They were just simply sitting in their rooms and doing their jobs."

Protests broke out in Addis Ababa and the surrounding Oromia region following the fatal shooting on June 29 of Hachalu Hundessa, a pop star whose songs channelled marginalisation among his Oromo ethnic group, Ethiopia's largest.

An Oromia police official said late Saturday that 156 people had been killed across the region in the ensuing violence, including 11 members of the security forces. Ten additional deaths have been reported in Addis Ababa.

Officials have attributed the deaths to a combination of lethal force by security officers and inter-ethnic violence.

The situation in the capital has been calm since Friday, though a nationwide internet blackout remained in effect Monday for a seventh consecutive day.

Abiy, who won last year's Nobel Peace Prize in part for opening up Ethiopia's political space, lifted a ban on the OLF shortly after he assumed office in 2018.

But the OLF's Dawud said some senior members of his party had been arrested numerous times since then and held for extended periods -- several months in some cases -- without ever seeing a courtroom, a tactic common under previous Ethiopian leaders. 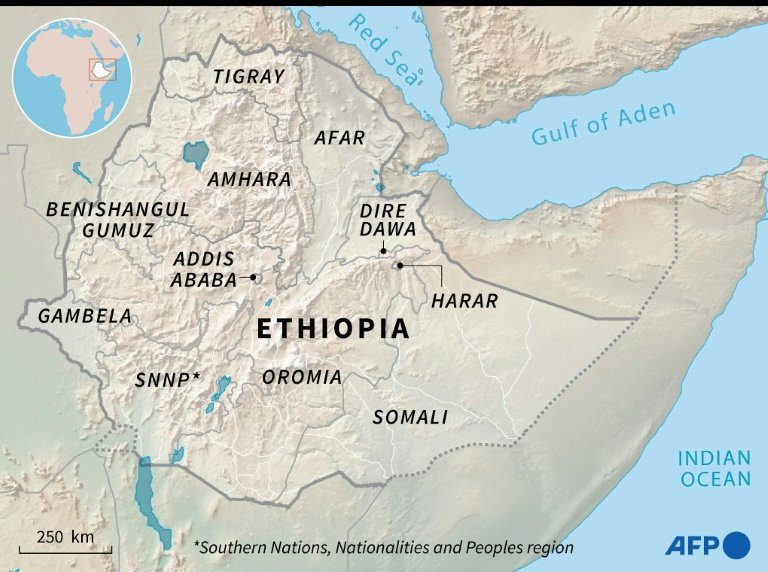 "It's the continuation of the past and we don't know why it's happening," he said.

The OLF is not the only party to be targeted in recent days. During last week's unrest officials also detained Jawar Mohammed and Bekele Gerba from the Oromo Federalist Congress, as well as Eskinder Nega, a longtime government critic who has recently spoken out against government policies he argues favour Oromos.

In addition, officials on Friday detained Yilkal Getnet, chairman of the opposition Ethiopian National Movement Party, for reasons that remain unclear, according to Girma Bekele, vice chairman of the Ethiopian Political Parties Joint Council, a consortium of more than 100 parties.

"I for one do not think Yilkal has any involvement with recent unrest. He believes in a peaceful, legal struggle," Girma told AFP.