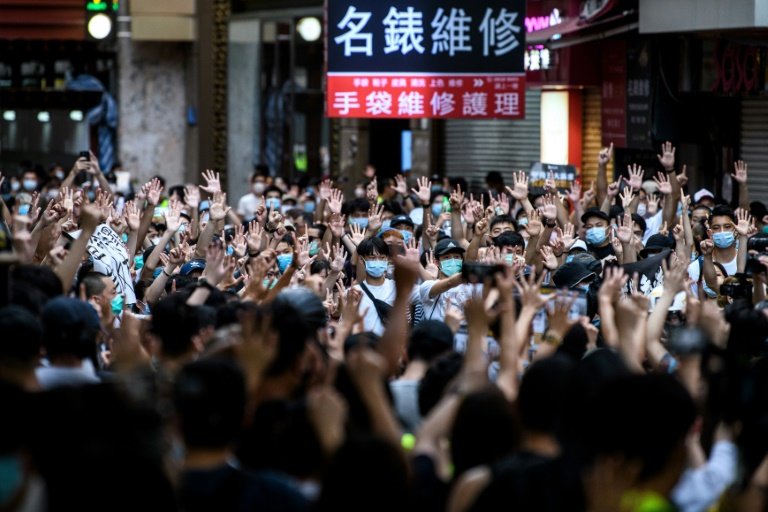 China enacted the law a week ago, sending a wave of fear through Hong Kong as it criminalised certain opinions such as calls for independence or autonomy.

Wong, who at age 23 is one of the city's most prominent activists, was speaking outside a court where he and fellow campaigners were being prosecuted for involvement in civil unrest that rocked the international finance hub last year.

"We still have to let the world know that now is the time to stand with Hong Kong," he told reporters, ahead of his court appearance on Tuesday.

"With the belief of Hong Kong people to fight for freedom, we will never give up and surrender to Beijing."

The national security law is the most radical shift in how Hong Kong is run since it was handed back to China by Britain in 1997. 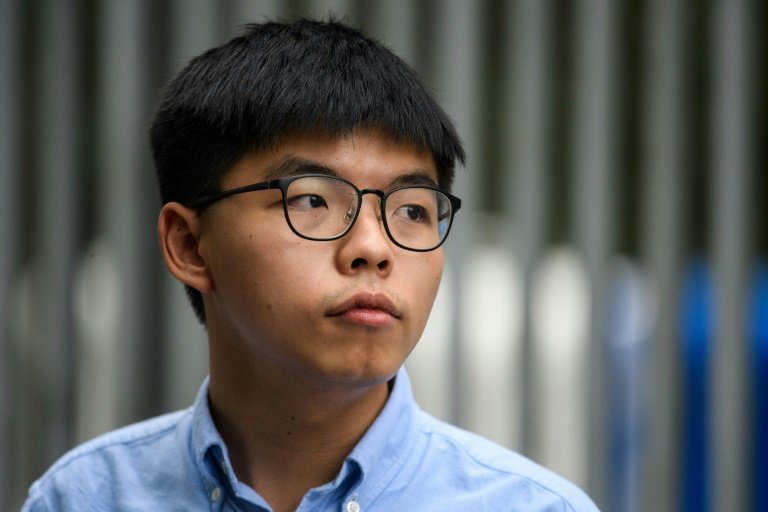 Under the handover deal, Beijing promised Hong Kong could keep key civil liberties, as well as judicial and legislative autonomy, for 50 years.

That landscape is now changing and the effects of the new law are being felt at the grassroots.

On Monday the city's government ordered books that might breach the bill be taken from the shelves for review and possible removal.

"In accordance with the four types of offences clearly stipulated in the law, the school management and teachers should review teaching and learning materials in a timely manner, including books," the Education Bureau said.

"If they find outdated content or content that may concern the four aforementioned offences, they should remove them," the bureau added.

The titles of books to be reviewed have not been made public, but the order comes two days after Hong Kong's libraries said they were pulling titles by the activist Wong and at least two other pro-democracy figures.

As the effects of the security law take clearer shape, Beijing lashed out Monday at an offer by Britain to give more than three million of the city's residents a path to UK citizenship.

"These moves constitute a gross interference in China's internal affairs and openly trample on the basic norms governing international relations," he told reporters. 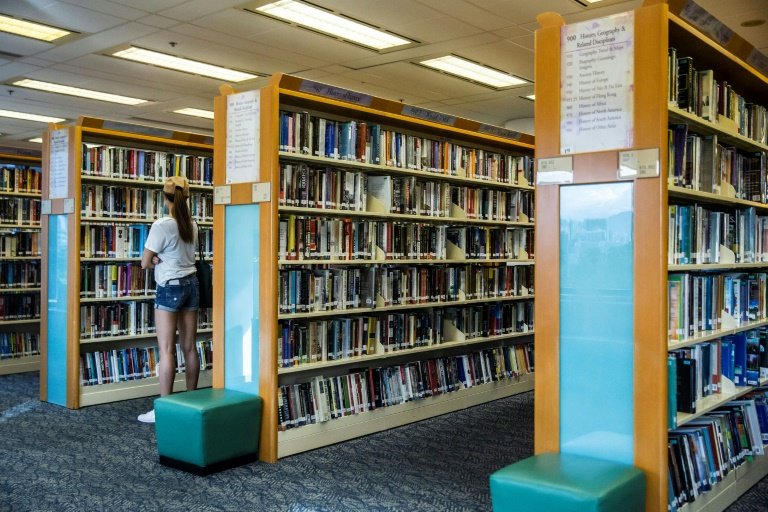 Hong Kong's mini-constitution forbids the central government from interfering with the day to day running of the city, but Beijing says national security concerns trump that restriction.

China says the powers will restore stability after a year of often violent pro-democracy protests, will not stifle freedoms, and will only target a "very small minority".

It also empowers China's security agents to operate openly in the city, toppling the legal firewall that has existed between the mainland's party-controlled courts and Hong Kong's independent judiciary.

The first person to be charged with national security crimes was remanded into custody Monday.

Tong Ying-kit, 23, has been charged with terrorism and inciting secession after he allegedly drove a motorbike flying a protest flag into a group of police last week, wounding three.

Faced with this new reality Facebook and its messaging service WhatsApp said Monday they are suspending requests from the Hong Kong government and law enforcement authorities for information on users.

The pause will take place "pending further assessment" of the new law and would include "formal human rights due diligence and consultations with human rights experts", a Facebook company spokesman said in a statement.

"We believe freedom of expression is a fundamental human right and support the right of people to express themselves without fear for their safety or other repercussions," the spokesman said.

Digital rights group ProPrivacy called Facebook's move "a win for both digital privacy and human rights in the region."

However it noted the move could lead to WhatsApp being blocked in Hong Kong as it has been in mainland China.