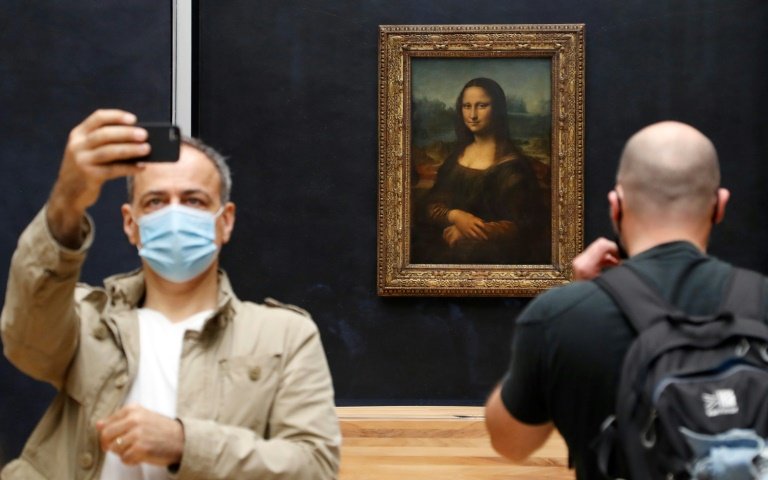 In front of the Mona Lisa, marks on the floor sought to ensure that people kept their distance while taking selfies with Leonardo da Vinci's masterpiece / © AFP

Nearly one third of its galleries remain shut

The world's most visited museum, the Louvre in Paris, reopened Monday after nearly four months of coronavirus closure, with a restricted number of visitors enjoying a rare chance to view the "Mona Lisa" without the usual throngs.

Several dozen visitors queued outside the vast former palace of France's kings, eagerly awaiting the opening at 9:00 am (0700 GMT) as the famed museum hopes to start recuperating losses estimated at more than 40 million euros ($45 million) due to the lockdown.

The museum's most popular draws, including Leonardo's Mona Lisa, the Venus de Milo, and the Louvre's vast antiquities collection will be accessible.

But galleries in which social distancing is more difficult, about a third of the total, will remain off-limits and visitor numbers were capped at 500 per half hour in a bid to reduce contact between people and lower coronavirus transmission risk.

Face masks are compulsory and no snacks or cloakrooms were available.

Tickets must be bought beforehand online, and were sold out for the first day of reopening after the Louvre's longest closure since World War II.

"Some 7,000 people have reserved tickets, normally we host about 30,000 people" per day, said museum director Jean-Luc Martinez, who expects tough months and years ahead.

The museum will not get any anywhere near the 9.6 million visitors it hosted last year -- down from a record 10 million in 2018. Nearly three-quarters of its visitors in a normal year are from abroad. 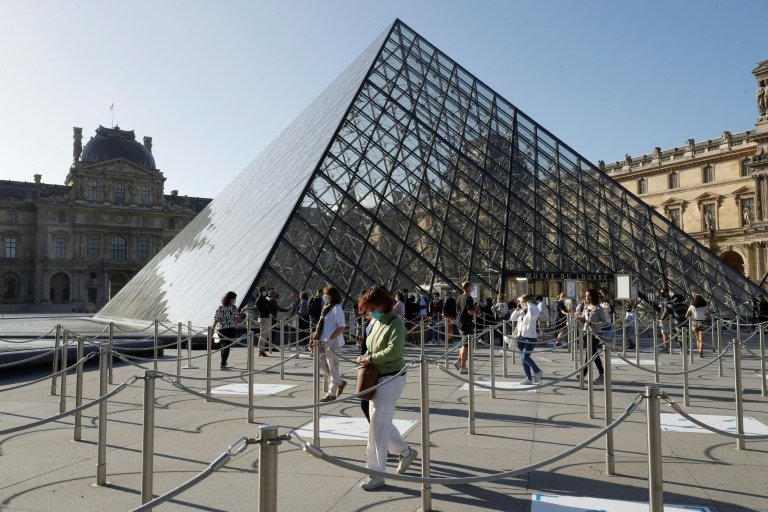 With tourism still at a standstill, the Louvre will seek to attract more French visitors in the coming months / © AFP

For Nicole Lamy, a 21-year-old visiting from Brussels, the limit on ticket sales was "an "opportunity to see the Mona Lisa up close and not in a crowd. It's a bit selfish but I think I'm lucky with my first visit to the Louvre."

Also in the queue was Arzel Bertrand from Maisons-Alfort southeast of Paris, who said he and his friends also came early seeking a more solitary museum experience.

"We thought it was the first day of the reopening, that there might be fewer people than usual, and we wanted to walk around the Louvre without anyone."

But they also came in a show of cultural solidarity.

"It is very important that cultural establishments can welcome the public because we need it, and they need the public, too, to survive. So we're here for that, too," said Bertrand.

Several measures were put in place to allow ticket holders to keep a safe distance from one another.

Marks on the ground indicated where visitors should stand -- including selfie shooters in front of the Mona Lisa -- and blue arrows showed the direction of one-way foot traffic, with no about-turns allowed. 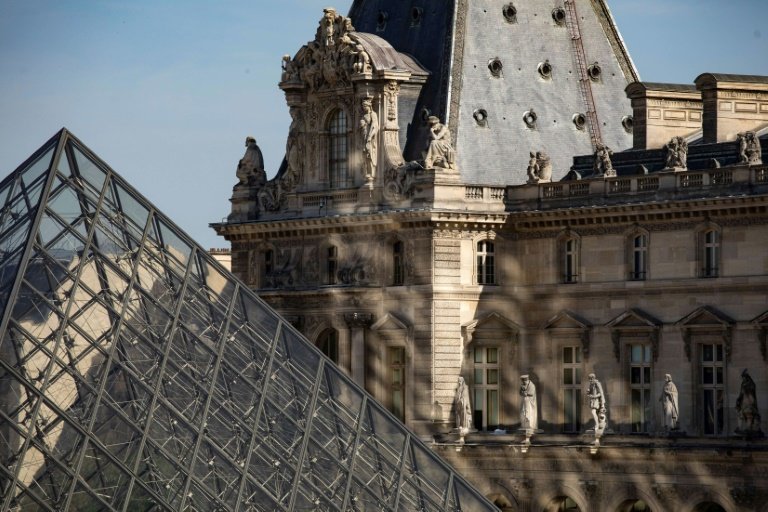 With tourism still at a standstill, the Louvre will seek to attract more French visitors in the coming months.

"We are losing 80 percent of our public," said Martinez.

The Louvre has upped its virtual presence during the lockdown and said it was now the world's most-followed museum on Instagram with over four million followers.

"I have missed it enormously," said Julia Campbell, a French pensioner of Scottish origin who was among the first to visit the reopened museum.

"I usually come twice per month," she said, and intended to enjoy Monday's relative quiet ambiance to "stay longer".