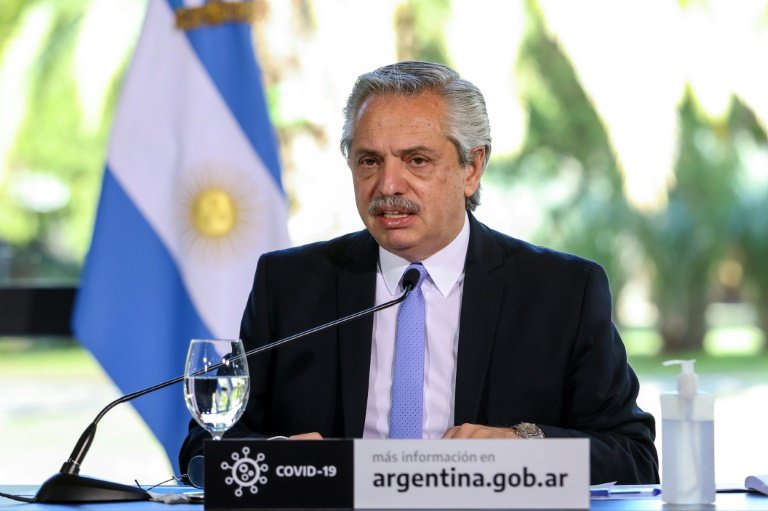 Argentina will make creditors an improved offer and extend negotiations on restructuring $66 billion in debt through the end of August, President Alberto Fernandez said Sunday.

"The new offer will be made known today. It will be open until the end of August. It is an enormous effort we are making. It's the maximum effort we can make," Fernandez told radio Milenium.

The deadline for concluding the negotiations with bondholders had been set for July 24, but will now be pushed back to August 28 in an effort to reach an agreement to restructure $66 billion in bonds issued under foreign law.

The bonds represent roughly a fifth of the country's $324 billion debt, which amounts to around 90 percent of its GDP.

The government's latest offer should be published in its official bulletin and then presented to the Securities and Exchange Commission in New York.

A government source told AFP the new proposal would be for "close to $53" for every $100, compared to the original offer of $39 per $100, which was rejected by a majority of the bondholders.

Fernandez said the conversations with creditors "are going well" and expressed hope "they end well."

Argentina has yet to reach an understanding with creditors over interest rate reductions or grace periods.

In recession since 2018, the Argentine economy has been further punished by the coronavirus pandemic. The International Monetary Fund estimates the economy will contract by 9.9 percent this year.

With the backing of the IMF, Fernandez has insisted that any deal with creditors be sustainable so that the country can meet its obligations over the long term.

"If this is analyzed rationally, what we are asking is not that (the creditors) lose, but that they stop earning what they earned in excess," Fernandez said, accusing his predecessor Mauricio Macri's government of agreeing to terms not seen anywhere else.