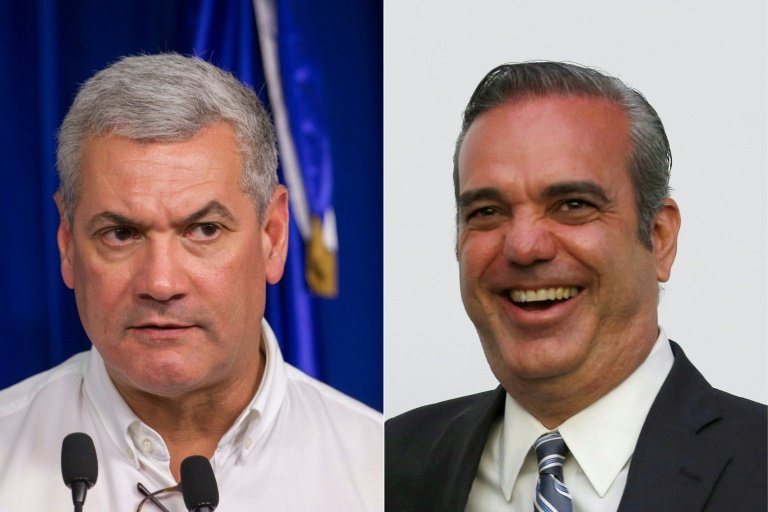 Gonzalo Castillo (L), candidate of the Dominican Liberation Party, and Luis Abidaner, of the Modern Revolutionary Party, were considered the top two contenders in the Dominican Republic's presidential elections / © afp/AFP

Polls opened Sunday in the Dominican Republic in elections for president and the legislature that are being held despite spiking coronavirus cases in the Caribbean country.

Opposition leader Luis Abinader, who recently recovered from COVID-19, and ruling party candidate Gonzalo Castillo were considered the favorites in a six-man field for the presidency.

The elections, which had been postponed from May 17 because of the pandemic, was held a day after the number of new cases soared by more than 1,000, a one-day record in a country that has had 36,184 confirmed cases and 786 deaths from the disease.

"Respecting social distancing, exercise your right to vote today," the head of the central election board, Julio Cesar Castanos, said in announcing that polls were open.

Some 7.5 million Dominicans are eligible to cast ballots in the election, which will choose a successor to outgoing President Danilo Medina.

Also up for grabs are 32 senate seats, 190 seats in the lower house and 20 representatives to the Central American parliament.