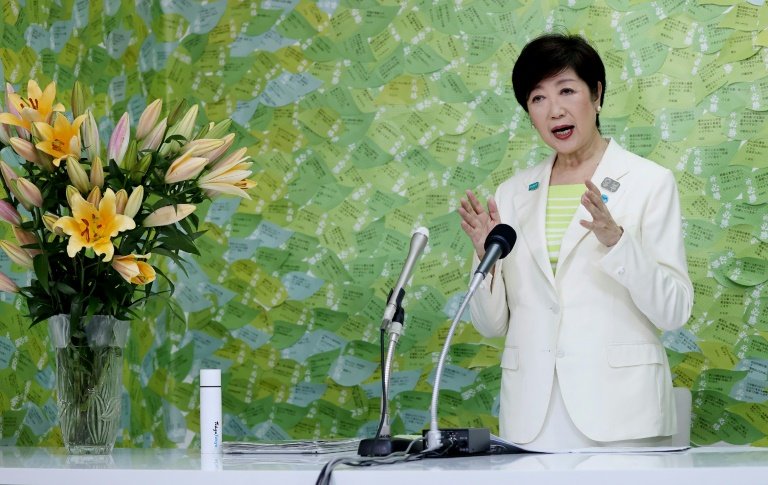 Tokyo governor Yuriko Koike declared victory in Sunday's vote to elect the leader of one of the world's most populous cities and immediately vowed to step up the fight against a recent coronavirus resurgence.

Major media exit polls suggested a landslide victory after voting stations closed at 8:00 pm (1100 GMT), as Koike shrugged off challenges from a wide range of candidates, many of whom were political novices.

The 67-year-old media-savvy Koike is a rare top female leader in Japan's male-dominated politics and is often mentioned as a possible prime minister.

The postponed Olympics, due to open on July 23, 2021, were also a major theme of the campaign and Koike pledged to reduce the Games budget as organisers grapple with the unprecedented challenge of rescheduling the event.

Koike gave an "online" victory speech in front of a limited number of journalists to minimise the risk of coronavirus infection. 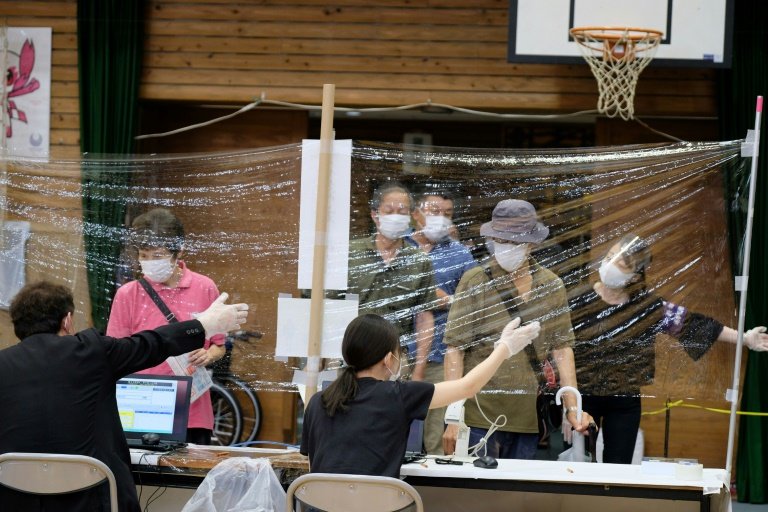 The coronavirus was a constant presence during voting / © AFP

"The immediate issue at hand is the coronavirus," Koike said. Tokyo has seen more than 100 new cases a day recently -- many from clusters in the city's host and hostess clubs.

As for the Olympics, she said, "the coronavirus infection is also the priority here as well".

"What can we do to host a safe and secure Games? How can we reduce its cost and simplify it? I wish to continue working on our coronavirus measures so that it will become reality," she said.

"We are fortunate to have partners like Governor Koike and the Tokyo Metropolitan Government by our side, who share our determination to make the postponed Olympic Games Tokyo 2020 a symbol of hope and resilience for all humankind to overcome this pandemic," Bach said in a statement

Koike's second term begins amid a growing weariness with the Olympics, as just over half of Tokyo's residents do not think the Games should be held next year, according to a poll published late last month.

Poll booths were sanitised after every use, and voters were urged to use hand sanitiser as they entered and exited.

Koike's main challengers were Kenji Utsunomiya, 73, a lawyer backed by the Constitutional Democratic Party of Japan and two other opposition parties, and Taro Yamamoto, 45, a former actor and leader of the anti-establishment party Reiwa Shinsengumi.

The men were nationally recognised figures, but were no rivals to Koike, who campaigned online and did not mingle with supporters or give speeches to reduce infection risks. 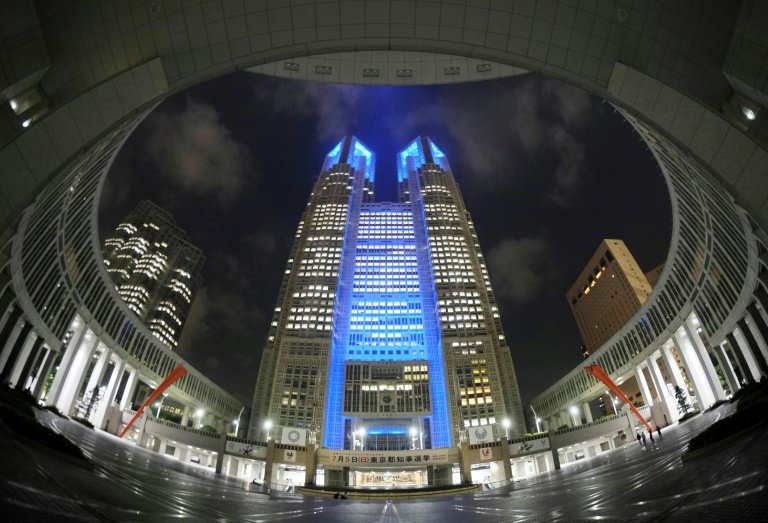 She has been seen as a steady pair of hands during the coronavirus crisis, issuing frequent video messages -- including in English, which is highly unusual for a Japanese politician.

However, she fluffed her biggest political gamble in 2017 when she created a new "Party of Hope" that coalesced opposition to Abe's all-powerful Liberal Democrats in the national election.

This sparked speculation she would ditch her role as Tokyo governor to run for the post of prime minister.

However, despite initially promising opinion polls, support imploded because of public confusion over her intentions.