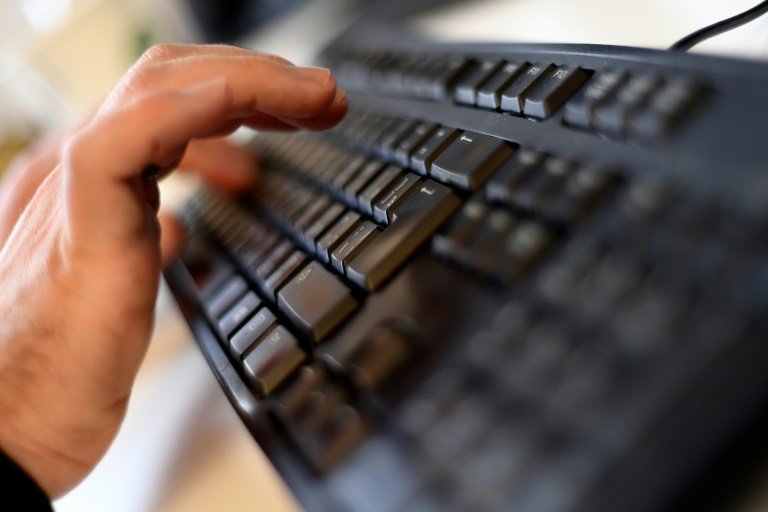 The institute looked at content generated by leading media outlets from Russia and China, as well as from Iran and Turkey -- all of which are state-controlled or closely aligned to regimes in power / © AFP/File

Misinformation related to the pandemic is reaching an alarmingly wide audience in Europe.

Coronavirus misinformation spread by Russian and Chinese journalists is finding a bigger audience on social media in France and Germany than content from the European nations' own premier news outlets, according to new research.

Whether it is distorted coverage or outright conspiracy theories, articles written in French and German by foreign state media are resonating widely on Facebook and Twitter, often with their origins unclear, the Oxford Internet Institute said in a report published on Monday.

The institute, which is part of Oxford University, looked at content generated by leading media outlets from Russia and China, as well as from Iran and Turkey -- all of which are state-controlled or closely aligned to regimes in power.

Its report comes as the US government imposes new restrictions on Chinese state media, and builds on previous research by the institute that laid bare the penetration of such foreign outlets in English-language markets.

In their French, German as well as Spanish output, state media groups have "politicised the coronavirus by criticising Western democracies, praising their home countries, and promoting conspiracy theories about the origins of the virus," the institute said.

"A majority of the content in these outlets is factually based. But what they have, especially if you look at the Russian outlets, is an agenda to discredit democratic countries," Oxford researcher Jonathan Bright told AFP.

"The subtle weave in the overarching narrative is that democracy is on the verge of collapse."

It measured median engagement per shared article -- how many times a user actively shares or likes an article on Facebook, or comments about it and retweets it on Twitter.

The study covered each outlet's 20 most popular stories from May 18 to June 5.

French-language content from RT scored an average of 528 in user engagement on the two platforms, and 374 for Xinhua, compared to 105 for the newspaper Le Monde.

The institute's previous study in April found that in English, heavily politicised news stories from the same state media groups could achieve as much as 10 times the level of user engagement as more sober sources such as the BBC.

Bright added: "A significant portion of social media is people consuming content that is directly funded by foreign governments, and it's not very clear to the reader that that's the case."

Similar engagement levels showed in Spanish-language content, including from the Iranian state broadcaster's service HispanTV, which the report said shares the Russian outlets' promotion of "anti-US sentiments" for audiences in Latin America.

Examples in French and German included heated coverage from the Russian outlets of the "gilets jaunes" protest movement in France, and the COVID-19 and ensuing economic crises in Europe.

The report also examined content in German, French and Spanish from Turkey's TRT network, which it said focused more on positive portrayals of the Turkish government's actions against the pandemic.

In contrast, it said that Russian, Chinese and Iranian media all promoted baseless theories, including that the US military unleashed the coronavirus, which originated late last year in the Chinese city of Wuhan.

The media organisations in question claim to offer a non-Western perspective on news and deny they are propagandists.

In a statement responding to the Oxford report, RT France said it "vigorously contests these allegations" and insisted that it had covered the global pandemic on the same lines as other French media.

"That has nothing to do with the accusation of criticising 'Western democracies' or of 'discrediting democratic countries'," it said.

In Britain, the Russian network has been fined for breaking rules on media impartiality.

Last week, China threatened to retaliate after four more of its media groups were reclassified as "foreign missions" in the United States.

The quartet joined CGTN, CRI and Xinhua, which were already designated by Washington as state-sponsored actors, rather than as media.