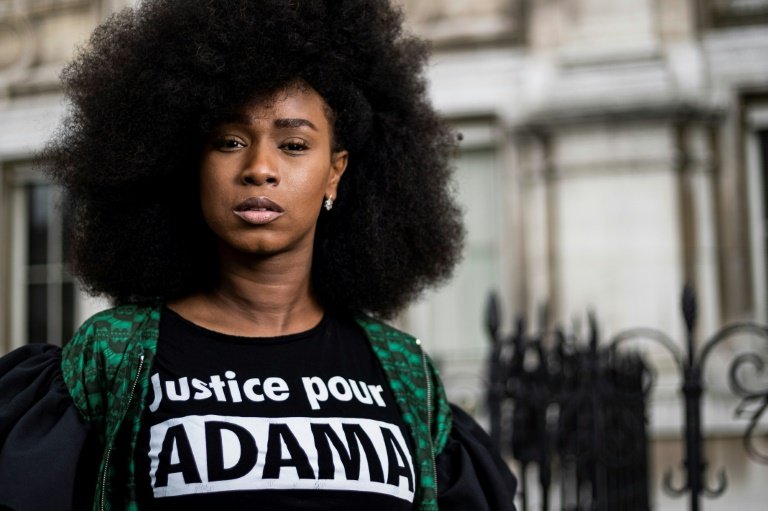 Assa Traore is seen as the French Angela Davis / © AFP

Until the death of her brother Adama in French police custody four years ago, Assa Traore had never been someone who campaigned for a cause.

Today, the 35-year-old mother of three is an international figure in the fight against police violence and racism, thrust into the heart of the debate by the death in Minneapolis last month of George Floyd.

And on Sunday, Assa Traore, who has been dubbed the French Angela Davis, will receive a BET award, a prize awarded by an American television channel to African-American or minority figures.

"A reward for everything we have done in four years and which gives us strength for the future," Traore told AFP, dressed in her "Justice for Adama" t-shirt.

For four years, she has campaigned, organised demonstrations, spoken out publicly and given numerous interviews.

Supported by a solid "committee" of 20 relatives and activists, she tirelessly demands "truth and justice" for Adama, who died in police custody in 2016 in a Paris suburb.

Her "truth" is that her brother was "killed" by the police -- but the investigation is still going on.

Having become a full-time activist, she never returned to her job as a community worker and lives with her three young children in an apartment on the outskirts of Paris.

For a long time, the "Adama fight" remained a local battle, unnoticed outside France. But the death of George Floyd has catapulted it into the global consciousness.

Thousands of people demonstrated in Paris in early June and hundreds of others took to the streets across France, inspiring a new generation.

"Assa, we're all fans of her with my friends. Girls in the neighbourhoods are getting politicised thanks to her," said 24-year-old Samira, in Paris for her first demonstrations.

Committee member Youcef Brakni puts her on an even higher plane, saying that an Assa Traore comes around "once every 50 years!"

"It's like Simone de Beauvoir, Angela Davis, she smashed everything in her path," he said, referring to the late French feminist writer and the US political activist.

"Now the average Frenchman knows her. When she walks on the street, people stop her." 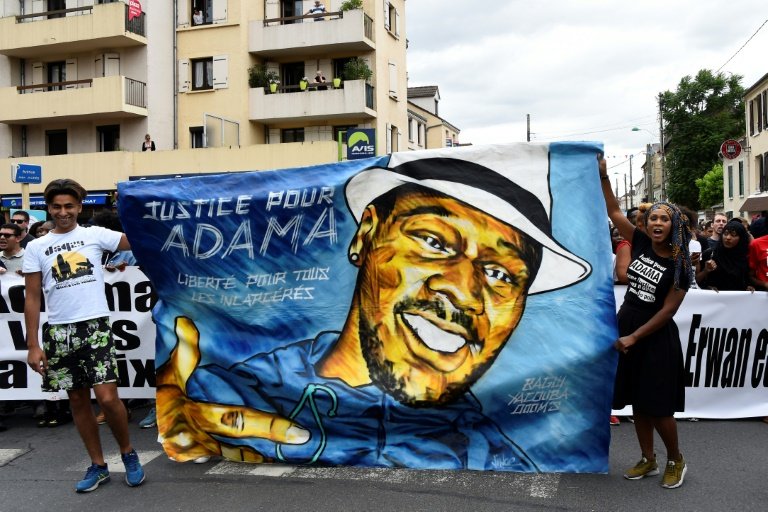 Assa's "fight" has taken flight with several American newspapers running profiles while music star Rihanna, who has over 84 million followers on Instagram, shared a post saluting the Frenchwoman.

"Black activism is built on a legacy of courageous people who fight injustice around the world," said Rihanna.

The day after her brother's death, Assa Traore "naturally" became a spokesperson for the family, her older brother Lassana told AFP last year.

"She is a little bit like a mother who lost her son," he added, because she "took care of her little brothers, took the family in her arms" after their father had died in 1999.

Their father, of Malian origin, had 17 children by four different women - two white and two black, creating what Assa calls a family of "all colours, all religions".

Since 2016, her speech has become more political.

"In the name of my brother, I will change everything I can change," she told AFP on Saturday.

This pushed her to lead a demonstration against the policy of President Emmanuel Macron in 2018, parading alongside the "yellow vests" and more recently with the caregivers.

In 2019, she co-wrote a book with the left-wing sociologist Geoffroy de Lagasnerie, won over by her "completely new way of speaking about society, racism, social classes".

Actor Omar Sy and figures from the world of French rap have all become her supporters.

But Traore has also stirred controversy with calls for rebellion.

"In Africa, they will overthrow a president, they will enter palaces. It happens like that in Africa, why should it not happen like that in France? We are ready, we can make a beautiful revolution," Le Figaro newspaper quoted her as saying during a 2018 protest.

Her appeal has circulated on a video on Twitter.

Since 2016, four of Traore's brothers have been imprisoned, some for violence that followed Adama's death, others for crimes unrelated to the case.

"She is a legend, but the facts are cruel," added the police officer.

All are "political prisoners", Assa insists. "They (the police) turned the Traores into soldiers in spite of themselves."