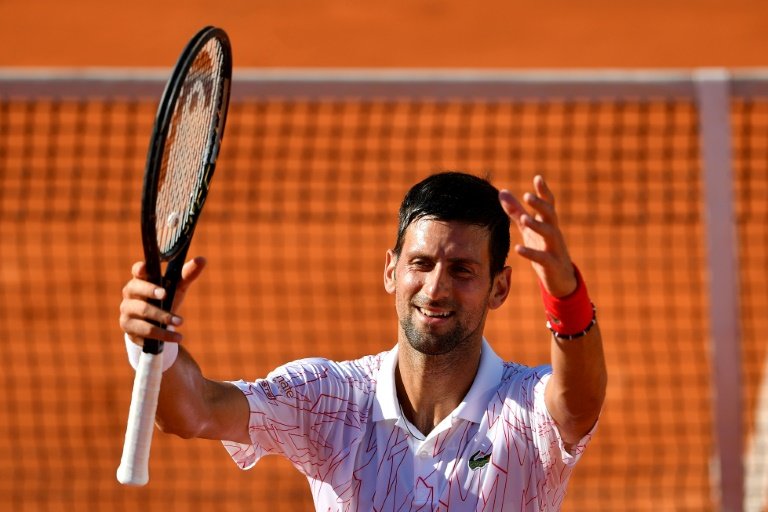 Serbian tennis great Novak Djokovic, seen here playing in Belgrade this month, is the country's most popular ambassador and the top-ranked player in the world / © AFP

Serbians will elect a new parliament on Sunday in a vote expected to bolster the rule of the centre-right party that has led the Balkan state for the past eight years.

Here are five facts about the former communist country that loves sports, food and has a long history of balancing East and West.

Like neighbouring Hungary and Macedonia, Serbs have to travel abroad for a seaside vacation. But that wasn't always the case.

Under the former Yugoslavia, Serbia was joined with its Adriatic neighbours Croatia and Montenegro, plus Slovenia, Bosnia and North Macedonia to form the socialist federation.

Today tensions are still high between Serbia and its former province Kosovo, whose 2008 declaration of independence Belgrade has never accepted.

With no more access to the sea, Serbian navy ships now sail the country's rivers, notably the Danube that winds through the capital Belgrade.

Serbia has for six years been in negotiations to join the European Union, its main economic partner.

But the country also maintains close relations with Russia and China.

Some Serbs have a fondness for Moscow as the country's Orthodox Slav "big brother", while China has become a growing source of investment.

Both powers crucially back Serbia on the Kosovo issue, rejecting its independence and helping shut the former province out of the United Nations.

Serbs are in fact used to looking in different directions: trapped for centuries between the Austro-Hungarian and Ottoman empires, they did not secure independence until the 19th century, though it has been constantly questioned amid the region's changing borders.

According to the 2011 census, ethnic Serbs account for 83 percent of the population and most of them are Orthodox Christians.

There are also about two dozen minorities living in the country including Croats, Roma, Albanians, Hungarians and Slovaks.

Vienna is considered the second-largest Serbian town in the world, while there are also large Serb communities in Toronto, Chicago, Paris and Australia.

The country's most popular ambassador is probably tennis king Novak Djokovic, the top-ranked player in the world.

Though he spends most of his time in Monte Carlo, the Serb regularly visits home and recently brought star players to his native Belgrade for a charity tournament.

Football remains the most popular sport, with a fierce rivalry -- and rowdy hooligan scene -- between Belgrade's main clubs Red Star and Partizan.

Yet Serbs seem to have more success internationally in other team sports such as basketball, volleyball and water polo, where they regularly beat world and European rivals.

With bucolic rolling hills and rich soil, Serbia is an agricultural country that few may know is one of the world's top raspberry exporters.

Come spring, local markets are full of strawberries, blackberries and other fruits, which can be bought dried in winter.

Yet the real national passion is for grilled meat, the centre-piece of most meals at the lively kafanas -- similar to taverns -- where Serbians go to celebrate and enjoy traditional cuisine.