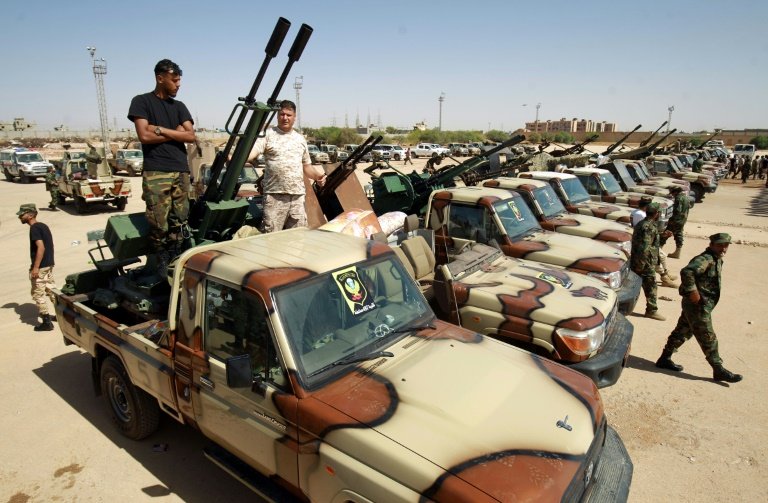 Egypt's president warned Saturday that advances by Turkey-backed Libyan forces on the Libyan city of Sirte could prompt an Egyptian military intervention in the neighbouring country in support of Cairo's ally Khalifa Haftar.

Meanwhile, Ankara has urged forces led by the eastern-based Haftar to withdraw from the strategic city for a ceasefire agreement to be reached.

The UN-recognised Government of National Accord (GNA) in Tripoli has made major military gains against Haftar's forces recently thanks to increased support from its backer Turkey.

The key city of Sirte, which lies some 450 kilometres (280 miles) east of the capital, is under the control of Haftar's forces, who last year launched a recently aborted attempt to seize control of western Libya.

In a televised address, Egyptian President Abdel Fattah al-Sisi said Sirte is a "red line" for Egypt, citing the need to protect its porous border as grounds for "direct intervention" in Libya.

"If the Libyan people asked us to intervene, it is a signal to the world that Egypt and Libya share ... common interests, security and stability," Sisi said on Saturday.

The GNA denounced Sisi's warning, saying any intervention would be a threat to Libya's security.

"We strongly reject what was said by al-Sisi and consider it a continuation of the war on the Libyan people, interference in Libyan affairs and a dangerous threat to national security," said Mohammed Amari Zayed, a member of the GNA's presidential council.

"There can be no 'red line' within our borders. We reject any bid aimed at dividing the Libyan people or their territory... (and) we categorically reject any bid to impose guardianship on Libya," he added.

Turkey also vowed to continue supporting the GNA's push for Sirte and demanded the evacuation of Haftar's forces from the city for a "sustainable ceasefire."

Libya has been torn by violence, drawing in tribal militias, jihadists and mercenaries since the 2011 toppling and killing of longtime dictator Moamer Kadhafi in a Western-backed uprising.

The oil-rich country is split between rival administrations in the east and west, with the conflict recently attracting increasing foreign involvement.

Besides Egypt, Russia and the United Arab Emirates back Haftar, while the GNA is supported by Turkey and Qatar. 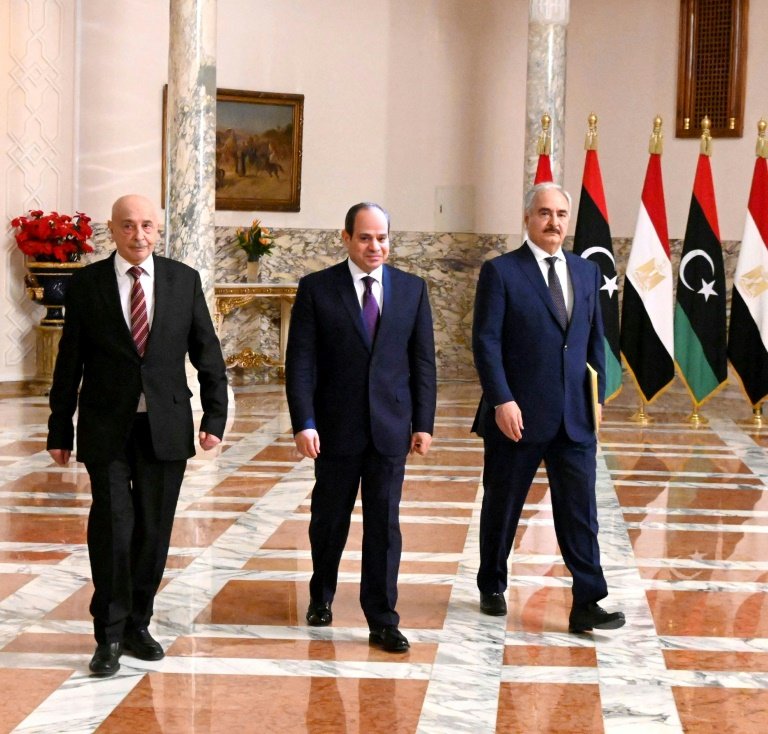 "Any direct intervention by Egypt now has international legitimacy, whether under the UN charter on self defence or at the discretion of the only legitimate elected authority in Libya: the Libyan parliament," Sisi said.

Like Haftar, the head of the Libyan parliament is based in the east of the country, where they are both supported by Egypt.

The GNA has vowed to take Sirte, Kadhafi's hometown and a strategic access point to Libya's key oil fields.

It is also the last major settlement before the traditional boundary between western Libya and Haftar's stronghold in the east.

"Some think they can trespass on the Sirte or Al-Jura frontline. This for us is a red line," Sisi said.

Turkish presidential spokesman Ibrahim Kalin told AFP in an interview that a ceasefire in Libya would be possible if Haftar's forces withdrew from Sirte and Al-Jufra.

"It should be a sustainable ceasefire, meaning that the other side, the LNA (Libyan National Army), should not be in a position to launch another attack on the legitimate Libyan government any time it wants," Kalin told AFP in an interview in Istanbul.

Later, Saudi Arabia and the UAE voiced their backing for Sisi.

"The kingdom stands by Egypt on its right to defend its borders people from extremism, terrorist militias and their supporters in the region," said a foreign ministry statement carried by state-run Saudi Press Agency.

Similarly, the UAE's foreign ministry said it "is siding with Egypt on all the measures it takes to protect security and stability from the repercussions of the concerning developments in Libya," according to the country's official WAM news agency.

Cairo proposed its own ceasefire in Libya earlier this month but it was dismissed by the GNA.

That proposal also called for withdrawal of foreign mercenaries, and disbanding of Libyan militias.

On Friday, the Arab League announced plans to hold an urgent virtual foreign ministers meeting on Libya this week at Egypt's request.

But the GNA said it would boycott the meeting as it would "merely deepen the rift" between Arab governments on the conflict.