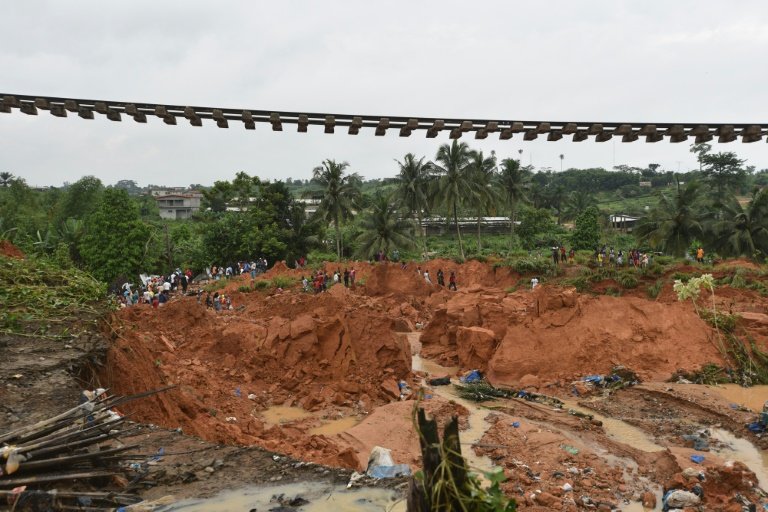 Thirteen people died Thursday while others including children were missing and feared dead in a mudslide which flattened homes and suspended rail tracks in a suburb of Ivory Coast's main city Abidjan.

The landslide following torrential rains left a scene of devastation, with objects of daily life visible among the remains of blue walls and sections of tin roofs, a teddy bear here, a pink T-shirt there.

Residents said several children were dead or missing in the teeming suburb of Anyama, north of the coastal city.

Landslides and floods are common in Abidjan, the economic capital of the world's top cocoa producer, during the rainy season, wreaking havoc on shantytowns built into eroding hillsides in the undulating seaside city. 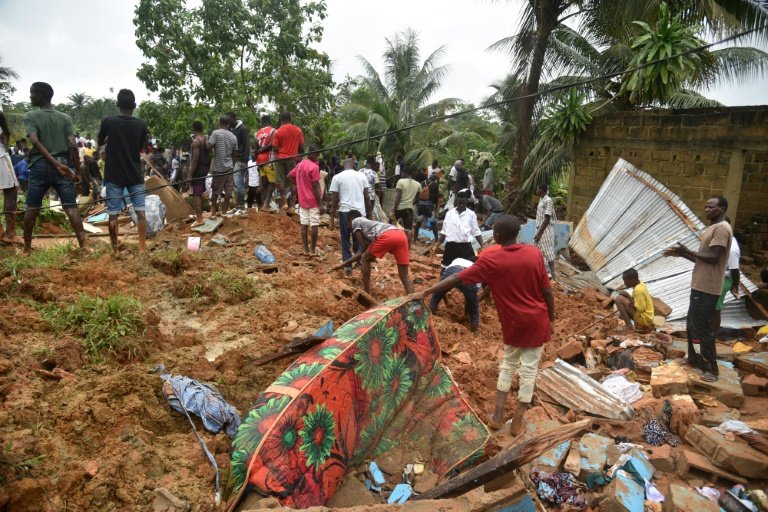 "The provisional death toll is 13 and searches are continuing," Abidjan's prefect Vincent Toh Bi said without specifying whether the figure included children.

He added that "20 houses were swept away."

About 10 people were hospitalised, locals said.

"I have lost my three-year-old son and I am looking for his body," Aboubacar Dagnon said, after his wife's home was flattened.

He added that a drainage tunnel had been clogged up for months, and a reservoir of water had formed.

Another resident said part of a hill broke away and cascaded down onto homes at around 8:00 am after a drainage channel collapsed.

The rainy season in Abidjan began in May and normally lasts till the end of July. 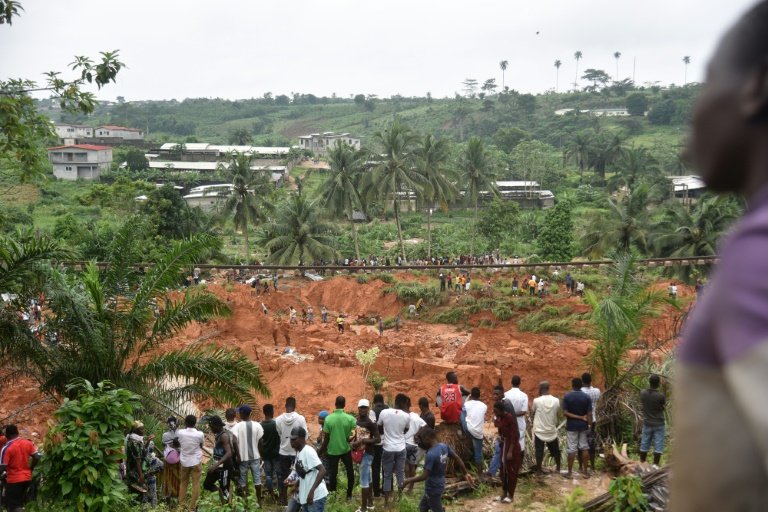 People look at the site of a landslide that killed at least 13 people in Anyama, a suburb of Abidjan. / © AFP

On Thursday afternoon, hundreds of locals sinking to their knees or hips pushed through the mud to look for survivors, or for documents, clothes and kitchen utensils.

Rail tracks on the line between Abidjan and Ouagadougou, capital of neighbouring Burkina Faso, were suspended in the air after the four to five metre mound of earth on which they were laid collapsed beneath.

"Thank god my wife went outside while I was asleep," said local resident Seba Cisse, a television repairman who lost everything in the disaster.

"She woke me up saying there was a landslide. The walls were cracking. She saved my three-month-old son," added Cisse, standing in his bare feet and wearing an Argentina football top.

"I knocked at my big brother's house. I was able to save him, but my uncle, his pregnant wife, their boy and girl were buried."

Nearby, Khadija Sekongo was struggling to haul a sack filled with soaked and mud-caked clothes and pots.

"I lost my house," she said as she struggled up a slope with her burden.

Abidjan's prefect said heavy rains had already claimed one life over the weekend.

Eighteen people died in Abidjan during flooding in June 2018. 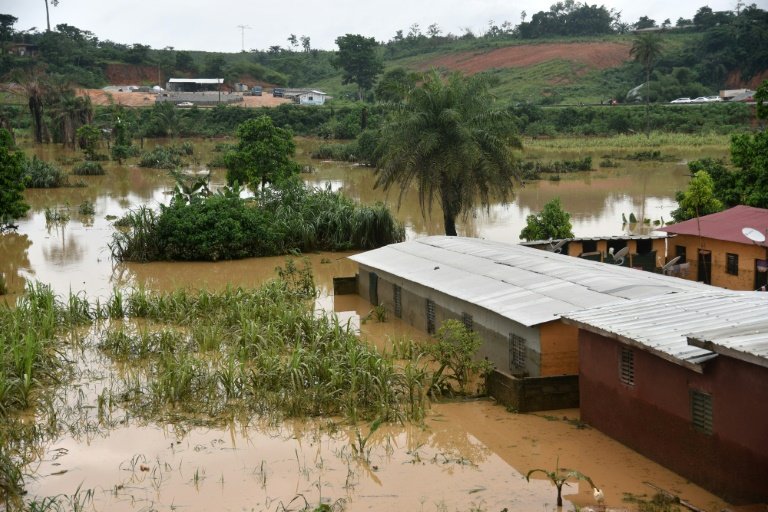 A picture shows flooded houses near the site of a landslide that killed at least 13 people in Anyama, near Abidjan. / © AFP

The city is home to some five million people, many of whom live in precarious shantytowns in flood-prone or dangerous zones.

Following the 2018 floods, the authorities destroyed the housing in the most vulnerable parts of the city where people had built homes wherever they found the space to do so.

On Thursday they erected tents for those made homeless, or evacuated from the area of the landslip.