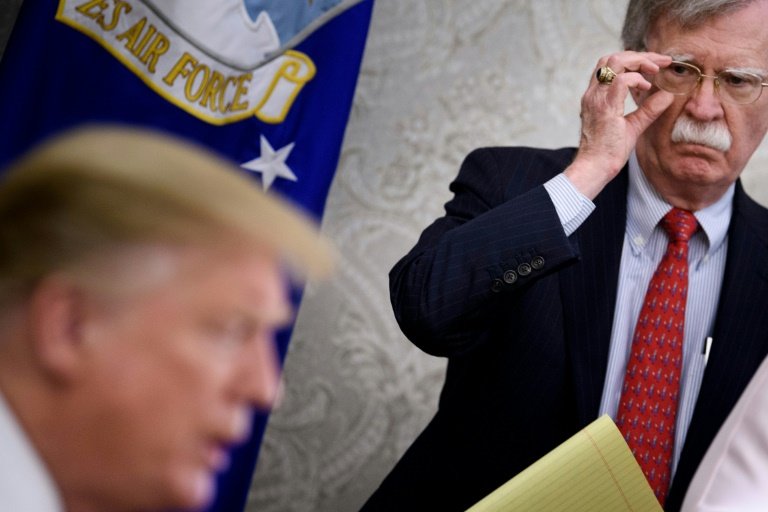 John Bolton, then national security advisor, listens to US President Donald Trump at an Oval Office meeting in May 2019 / © AFP/File

Donald Trump has chewed and spat out aides left and right but he hasn't faced one quite like John Bolton, a wily Washington veteran with his own sense of grievance.

While other former advisors have kept respectful silences or narrowly tailored their critiques, Bolton has written a blistering memoir challenging Trump's intelligence, ethics and basic competence.

With his bushy white mustache and studious adjusting of his glasses, Bolton had been semi-retired as a talking head on Fox News when the television-loving Trump tapped him as his third national security advisor in 2018.

The match appeared odd from the start.

While Trump rails about the "Deep State" and wasteful foreign deployments, Bolton is a master of the Washington bureaucracy who unrepentantly pushed the Iraq invasion and has campaigned to bomb Iran and North Korea.

But both Bolton and Trump share a disdain for "the elites" at home and abroad. For the president, born into wealth, enemies include media and academics who see him as a buffoon. 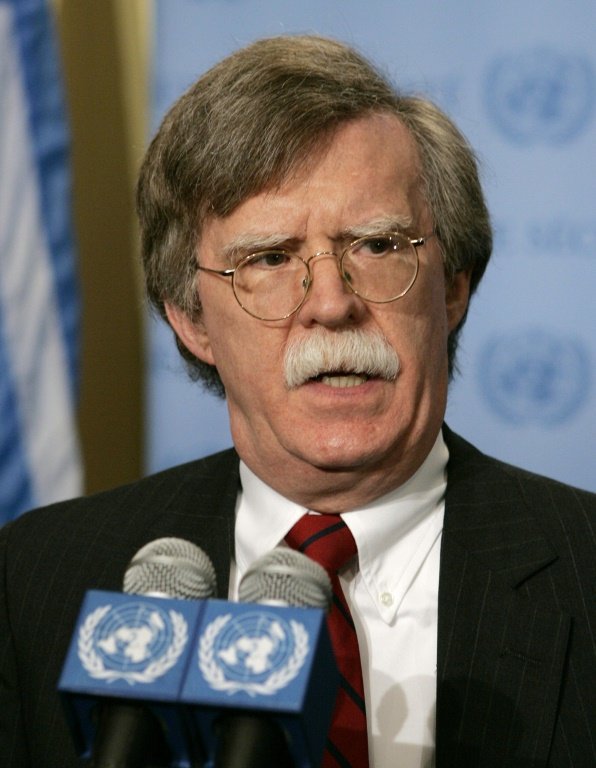 John Bolton, then US ambassador to the United Nations, speaks to the media in 2006 / © AFP/File

Bolton, the son of a Baltimore firefighter, has described his rage after winning acceptance to Yale University at watching wealthier students protest the Vietnam War -- in which Bolton did not serve himself, explaining in a 2007 book that he was not prepared to die if liberals then made concessions to the enemy.

In the previous memoir, "Surrender is Not an Option," Bolton, unusually for a US official, vented at the British, saying that the allies believed in their "superior suaveness" toward Americans and in "smoothing off our regrettable colonial rough edges."

Where Trump and Bolton found common cause was in a passion for fighting global institutions such as UN agencies and the International Criminal Court.

In one of Bolton's most memorable remarks, he dismissed the United Nations in a 1994 speech, quipping that if the 38-floor secretariat in New York "lost 10 stories, it wouldn't make a bit of difference."

That did not stop George W. Bush from making him US ambassador to the United Nations, although the president controversially bypassed the Senate where opposition to Bolton ran deep.

Trump brought up the Senate episode when attacking Bolton on Fox News after excerpts from his book became public, calling the 71-year-old a "washed-up guy" to whom he gave a fresh chance.

Bolton, who has served under Republican presidents since Ronald Reagan, again showed his deftness at the Washington game Wednesday when multiple newspapers published some of his juiciest allegations -- just as the Trump administration was trying to block the book, saying it contained classified material. 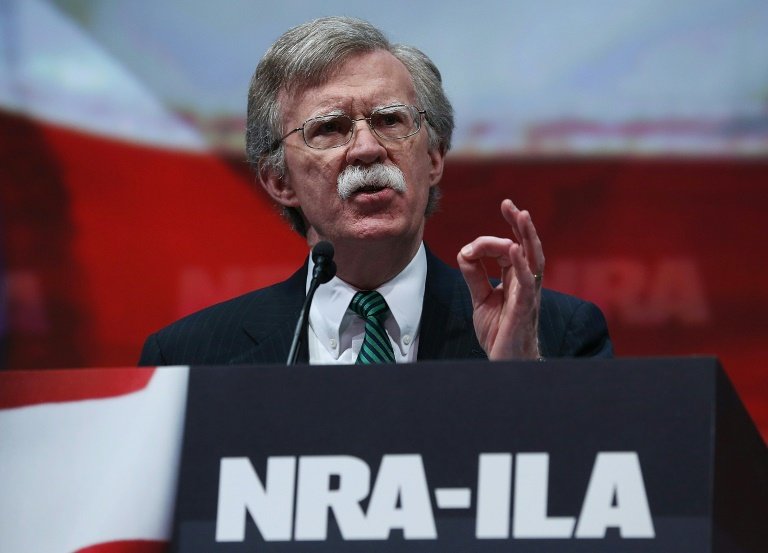 John Bolton, who has flirted with a presidential run, speaks at a meeting of the National Rifle Association in Houston in 2013 / © GETTY IMAGES NORTH AMERICA/AFP/File

But his motivations -- as well as his writing style -- were widely called into question.

In a stinging review, New York Times book critic Jennifer Szalai scoffed at Bolton's explanations for why he did not testify in Trump's impeachment.

"The clotted prose, the garbled argument and the sanctimonious defensiveness would seem to indicate some sort of ambivalence on his part -- a feeling that he doesn't seem to have very often," she wrote.

She said that Bolton described his turning point as when Trump called off plans to strike Iran, even after the national security advisor went home for a change of clothes, excited for a long night at the White House.

Many of the early excerpts criticize Trump over his wooing of North Korean strongman Kim Jong Un -- on which Bolton's opposition was well known, contributing to his exit in September.

Bolton charges in the book that Trump is concerned only about winning re-election and not any larger US interest and makes the bombshell allegation that the president asked his Chinese counterpart Xi Jinping for help securing a second term.

Both Democrats and Republicans questioned why Bolton, if he felt so strongly about Trump's conduct, waited to speak now.

The liberal television commentator Lawrence O'Donnell said that Bolton, "like Trump, is a dishonorable man who cares more about money than his constitutional duty."

Republican Representative Doug Collins pointed to Bolton's reported $2 million advance for the book, tweeting: "Apparently that's all it took for John Bolton to sell off what little credibility he had left."

But Bill Kristol, a prominent conservative thinker who opposes Trump, wrote on his website The Bulwark that "almost every Republican official" knows Bolton personally and no one considers him a liar.

"John Bolton may not be the epitome of warmth, humor or even kindness. But he is honest," Kristol said.