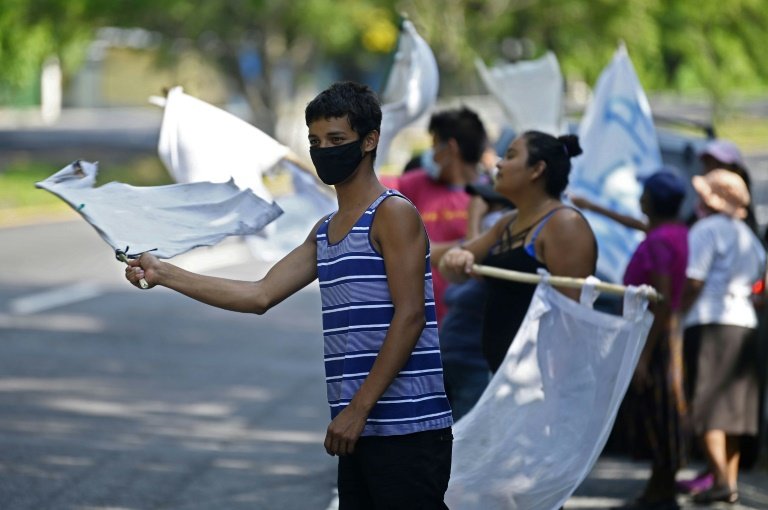 People flutter improvised white flags along a road to show their need for food during a mandatory quarantine imposed by the government against the spread of the new coronavirus in San Pedro Perulapan, El Salvador on June 10, 2020 / © AFP/File

The coronavirus crisis is pushing 40 million people into food insecurity in South and Central America and the Caribbean, the UN warned Tuesday, calling for urgent action to avert a "hunger pandemic".

The UN's World Food Programme says that in the 11 countries where it operates in the region, the number of people facing severe food insecurity has increased from 3.4 million at the start of the year to 14 million.

But including those in moderate food insecurity would take the number up to around 40 million, due to the socio-economic impact of the pandemic, Miguel Barreto, the WFP's regional director for Latin America and the Caribbean, said Tuesday.

The alarm came as Latin America and the Caribbean on Monday passed 80,000 COVID-19 deaths, according to an AFP count based on official figures, as the virus accelerates across the region.

"We are really worried about this health trend," Barreto told reporters in Geneva via video-link from Panama.

"Unfortunately, the news is not good either when it comes to the food security situation.

"Our projections paint a stark picture.

"We need to act quickly to prevent this crisis from becoming a hunger pandemic," he said. 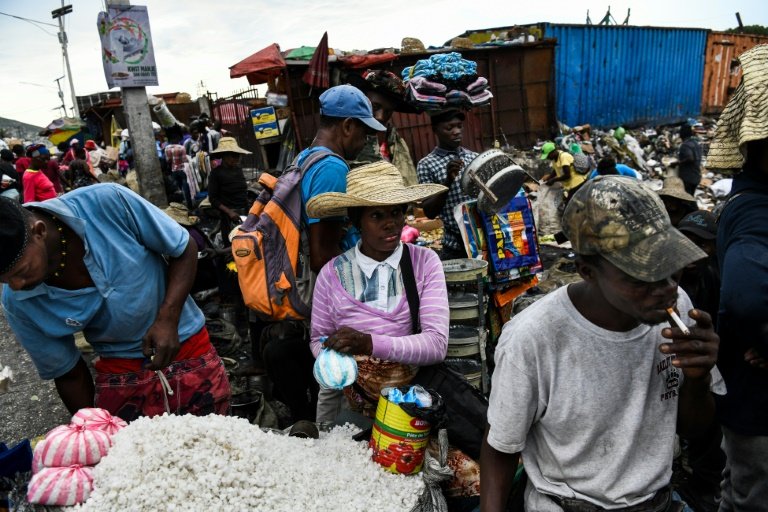 A woman (pictured July 2019) sells food items in a local market in Port-au-Prince; Haiti is a main concern for the UN's World Food Programme / © AFP/File

In the region, the WFP operates in the Central American "Dry Corridor" states of El Salvador, Guatemala, Honduras and Nicaragua; in Ecuador, Bolivia, Colombia and Peru in South America; and in Cuba, the Dominican Republic and Haiti in the Caribbean.

Barreto said the three main concerns were Haiti, the Dry Corridor, and migrants in South America.

In Haiti, the number of people in severe food insecurity has doubled from 700,000 in December to more than 1.7 million.

There, as in the Dry Corridor, "they had a drought at the end of 2019. Now, with COVID-19, they are more impacted and devastated and these people are suffering much", said Barreto.

If the next harvest in September is poor, "the situation is going to deteriorate further", he warned.

Barreto said WFP needed $400 million to provide assistance in the region just for 2020, but so far, the financial support forecast was "very low".

Barreto said the WFP across the region was mostly working through cash-based transfers rather than food distribution, which had reduced the loss rate along the way.

While the WFP does not operate in troubled Venezuela -- from which many have fled as migrants to neighbouring countries -- it is negotiating with the government and expects to return before the end of 2020 after a 45-year absence.