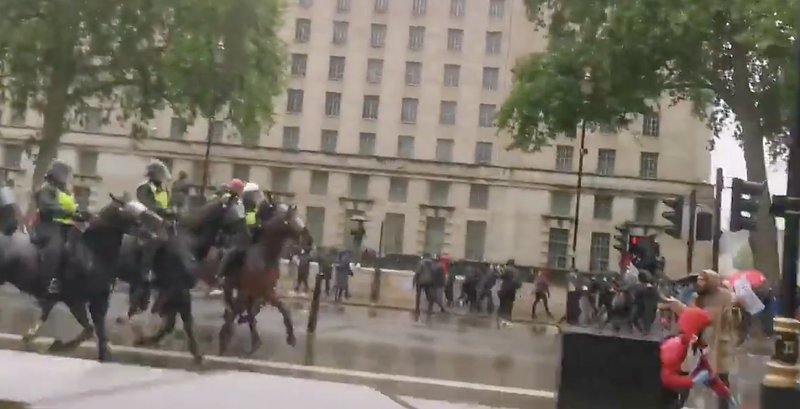 Dramatic footage of a mounted riot policewoman falling off a horse at a London Black Lives Matter protest has emerged online.

The unmanned horse can then be seen galloping down a street before hitting a pedestrian.

If 2020 couldn’t get any weirder, a horse is on the loose in the streets of London running into people 💀 pic.twitter.com/4qgxuk3flZ

The events took place in Whitehall, near the Prime Minister's official residence in Downing Street.

The Metropolitan Police confirmed that the policewoman was taken to hospital after her fall, as was the pedestrian. Although an overwhelming majority of protesters were peaceful, police said that 14 officers were injured as violence erupted around 7pm on Saturday evening.