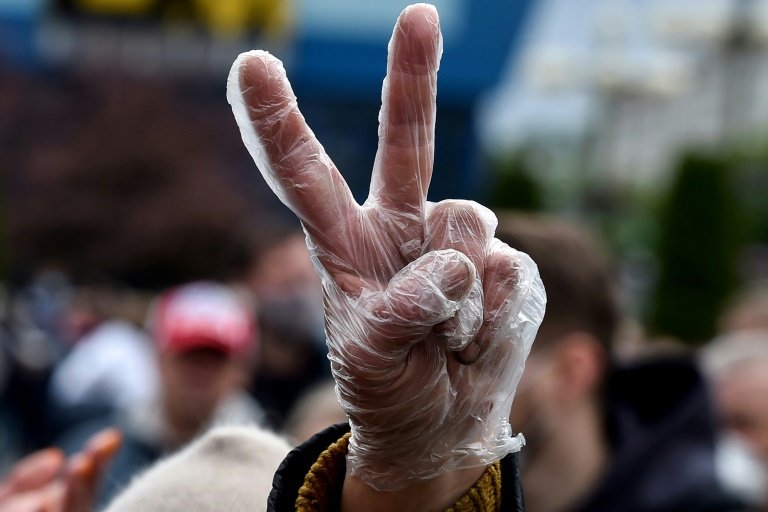 Just a year after the launch of his social media channel, Belarusian vlogger Sergei Tikhanovsky has galvanised a new movement ahead of this summer's presidential poll, aiming to unseat the country's strongman leader.

The campaign against President Alexander Lukashenko, in power since 1994, has stirred interest in the August 9 ballot in the ex-Soviet state, where elections are often a formality.

It has also led to the prosecution of 41-year-old Tikhanovsky, who could be facing prison.

His popularity stems from his channel "A Country for Life", which has amassed around 230,000 subscribers with clips about corruption, the court system and police abuse.

He also coined a new insult for Lukashenko when he called him a "cockroach".

"2020 is the year of change, stop the cockroach!" Tikhanovsky said in a video last month, announcing his plans to run for president.

But he could not file his documents in time because he was under arrest for a protest last month, so his wife Svetlana stepped in his place.

At a protest in Minsk on Sunday, hundreds of Belarusians lined up to leave signatures in favour of the bid by Tikhanovskaya and other critics of Lukashenko -- one of many such events in recent weeks.

Masked and gloved to observe virus precautions, volunteers drew up lists of supporters, some of whom brought Belarusian flags or protest signs.

It will be up to the country's election commission to decide who can stand against Lukashenko.

But the Belarusian leader, once called the "last dictator" in Europe, has already indicated he will have none of it.

That same day, Tikhanovsky was in the western city of Grodno gathering signatures for his wife's campaign, when he was approached by two policemen.

One of them fell among the crowd, according to footage of the incident. Tikhanovsky was arrested and charged with using "violence" against the officers. 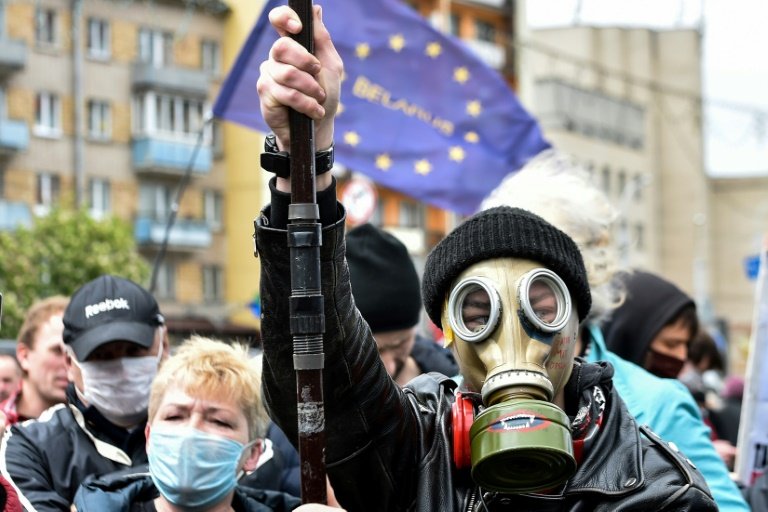 Elections are often a formality in Belarus / © AFP

As he faces a potential jail term of six years if convicted, he and his supporters denounce what they say was a "set up" to get rid of a political foe.

Police searched the Tikhanovskys' flat and summer home in the country on Wednesday, claiming they seized $900,000.

Tikhanovskaya says they never had this kind of money.

Since 1994, the Belarusian opposition has been unable to get a foothold on political power. Some candidates have spent long terms in jail, and not a single dissenting voice gained a seat in parliament in the 2019 poll.

The opposition's drive this year is markedly different in style from the incumbent's traditional Soviet approach to campaigning, which he does on visits to factories and farms.

Belarusians who queue for hours to give support to opposition candidates are effectively giving Lukashenko a vote of no confidence, said Alexander Klaskovsky, an analyst working for the privately-owned BelaPan news agency. 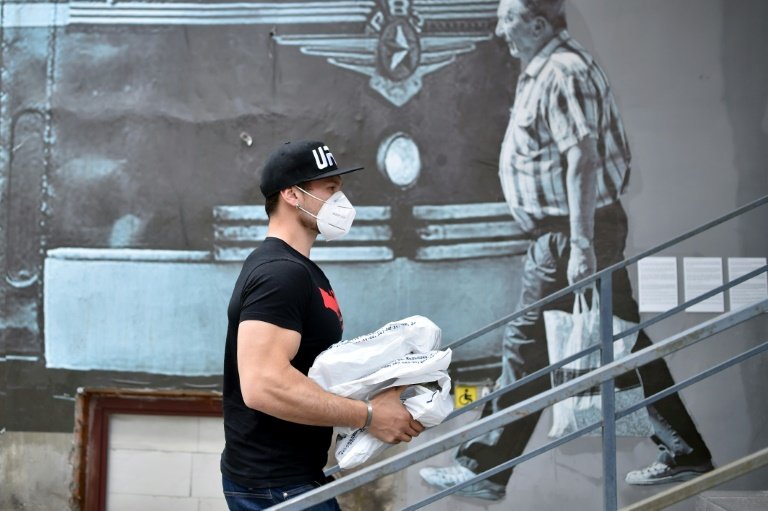 Since 1994, the Belarusian opposition has been unable to get a foothold on political power / © AFP

"The arrest of Sergei Tikhanovsky has only stoked the fire," he told AFP.

Police arrested dozens of others last weekend, including Lukashenko's former rival Mikola Statkevich, who spent several years in jail after running for president in 2010.

Some of this year's opposition candidates come from the establishment, such as arts patron Viktor Babaryko, a former banker who headed a subsidiary of Gazprom, the Russian energy giant, or former diplomat Valery Tsepkalo.

Babaryko harshly criticises the country's economic system, controlled overwhelmingly by the state and a pawn in conflicts over politics and energy with its much larger neighbour Russia.

Artyom Shraibman from the Moscow Carnegie Centre think-tank says that it will be surprising if Babaryko and Tsepkalo are not arrested after the election.

Since Lukashenko came to power in 1994, he says, "nearly every member of Belarusian elite who shifted to the opposition... did not avoid prison".

This year, if their campaign ends differently "that will be a precedent", he told AFP.