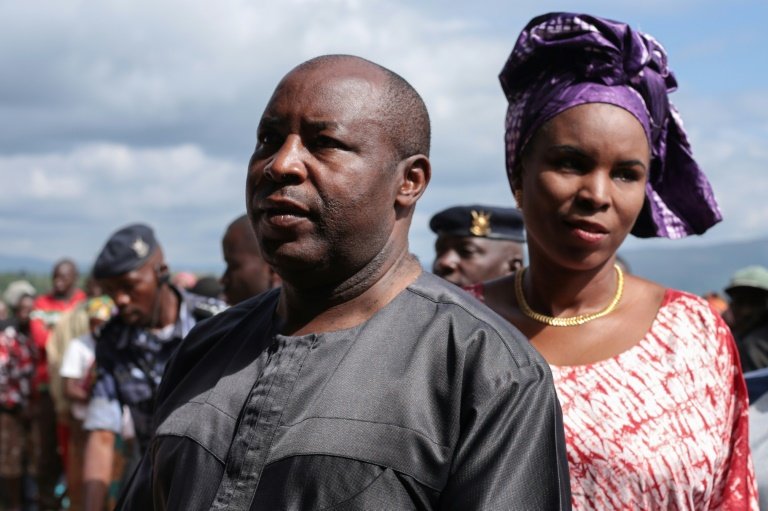 The opposition National Freedom Council (CNL), headed by Agathon Rwasa, had alleged the May 20 general election was riddled with fraud and irregularities, including intimidation of voters, the arrest of opposition polling agents, ballot stuffing and proxy voting.

However the panel of judges said the CNL had failed to provide sufficient evidence and ruled the complaints were "null and void", validating Ndayishimiye's victory with 68.7 percent of the vote.

Rwasa's share of the vote was given at 24.18 percent while opposition party UPRONA won 1.63 percent.

The ruling CNDD-FDD won 86 seats in parliament and the CNL 32, while UPRONA won two. Three seats are constitutionally reserved for the minority Twa ethnic group.

Heavily armed police were deployed around the country's main city Bujumbura for the court's ruling.

The CNL appeared resigned to an outcome it had predicted.

"We were not expecting a miracle, despite the massive fraud and numerous irregularities that we presented to the court and despite the Catholic Church's report," party secretary general Simon Bizimungu told AFP.

"We are not surprised, because the court system is not independent in Burundi."

Foreign observers were not allowed to oversee the electoral process.

A joint statement issued by western diplomats made no reference to any irregularities and urged the opposition to pursue legal paths to contest the election outcome.

"The elections took place in a highly repressive environment with no independent international observers," said Lewis Mudge of Human Rights Watch in a statement on Monday.

"Reports of killings, arbitrary arrests, beatings, and voter intimidation during the campaigns should not be brushed under the rug."

One voter told the rights watchdog that the feared youth wing of the ruling party, known as the Imbonerakure, which the United Nations has described as a militia, were inside the voting station "telling people to vote for the CNDD-FDD."

Ndayishimiye, 52, a former army general who was handpicked by ruling party elites to succeed veteran President Pierre Nkurunziza, will be sworn in in August for a seven-year mandate.

Nkurunziza will step aside after 15 tumultuous years. His controversial bid to stand for a third term in 2015 sparked violence and a major political crisis which left at least 1,200 dead and saw 400,000 flee the country.

The regime tightened its grip on the country, and allegations of rights violations by security forces have soared in recent years.

Ndayishimiye is described by those who know him as more open-minded than many in the ruling CNDD-FDD party, and is not associated with the worst abuses of recent years.

However observers say he did not stand out as trying to rein in the violence that erupted after the 2015 election.

He is set to inherit a deeply isolated country, under sanctions and cut off by foreign donors, its economy and national psyche damaged by years of political violence and rights violations.

A first major challenge is likely to be the coronavirus outbreak until now largely ignored in the country, which has taken few measures to combat it, with authorities claiming God is protecting Burundi from its worst ravages.

The country has officially recorded 63 cases and one death, however doctors in Bujumbura speaking to AFP on condition of anonymity say many cases and deaths are going unreported.

Burundi's first lady Denise Bucumi is currently in a Nairobi hospital after being evacuated last week, with a high-ranking government official and a source in the presidency confirming she had tested positive for the virus.