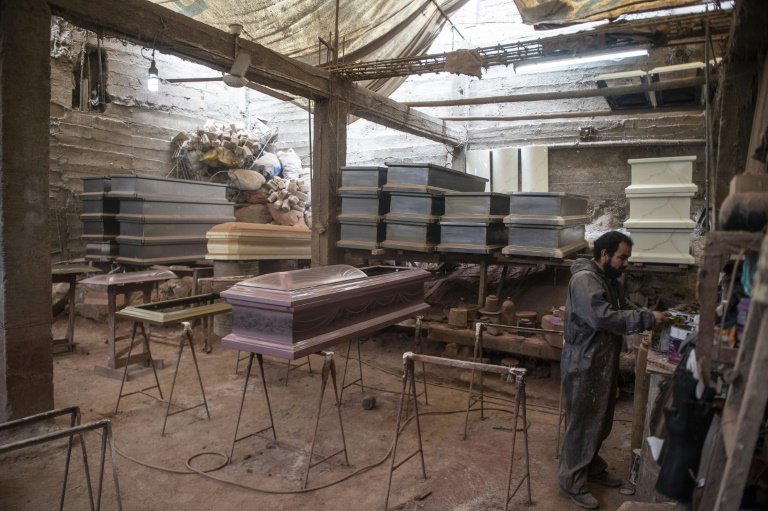 As the coronavirus-hit economy of Peru stagnated over the past three months, Lima coffin-maker Genaro Cabrera has seen his sales quadruple.

"I never imagined working to such an extreme," Cabrera told AFP at his factory in the rundown district of San Juan de Lurigancho.

Together with his wife and a staff of 20, he makes a variety of coffins using wood, pressed cardboard and steel, demand for which has soared amid a rising COVID-19 death toll.

Peru is the second worst-hit Latin American country after Brazil. With a population of 33 million, it has almost 180,000 infections and nearly 5,000 deaths.

"We are full of orders. People even want to make deposits in advance," Cabrera's wife Cesarela said.

"Before the pandemic, we made 100 coffins a month, now we make that many in just a week."

Coffins are selling fast, costing from $118 to nearly $600. Some of Cabrera's customers have been his own neighbors who succumbed to the disease. 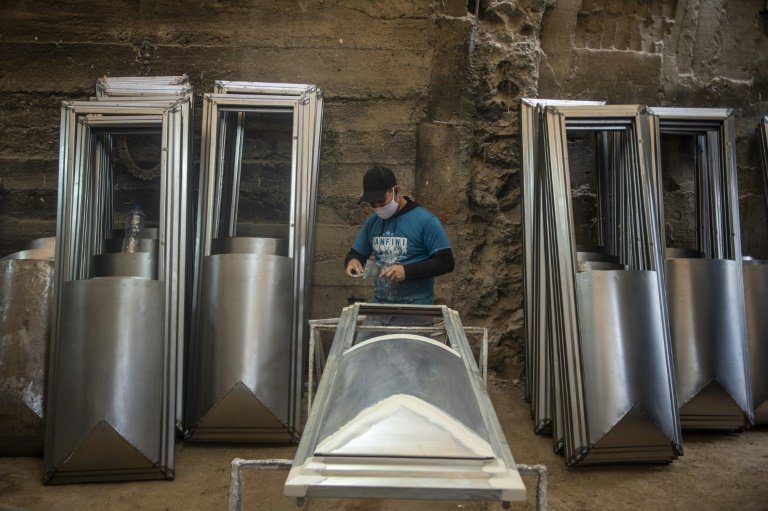 "Before the pandemic we made 100 coffins a month, now we make that many in a week!" says coffin-maker Genaro Cabrera / © AFP

"I have six neighbors who have died from the pandemic," said Cabrera, 52.

Fears of contagion meant "some of my workers stopped coming."

But like other operators in the booming death industry, Cabrera can count on a ready pool of labor from among Peru's estimated 800,000 Venezuelan migrants. He employs four Venezuelans to do the finishing work on his coffins. 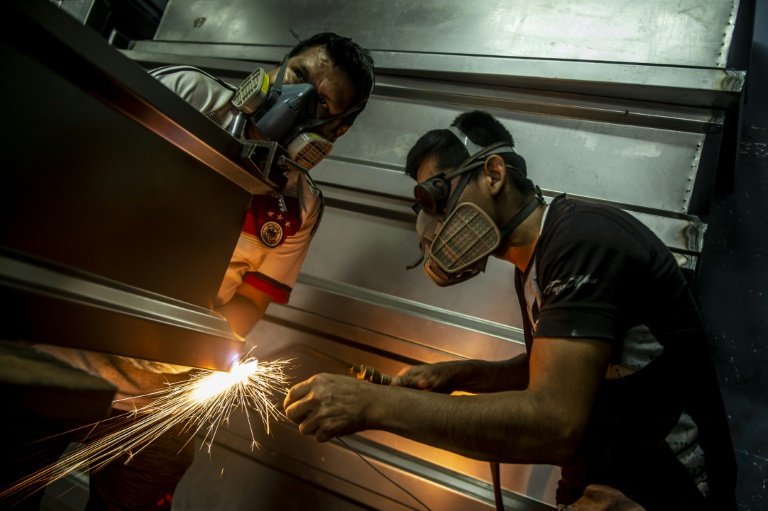 While the Peruvian economy has stagnated during months of coronavirus restrictions, coffin maker Genaro Cabrera has quadrupled his sales. / © AFP

The pandemic has left the dreams of many Peruvian small businesses in tatters, but coffin making and funeral services are flourishing, using Venezuelan labor for work Peruvians refuse to do.

"Every day we tempt death," said Jhoan Faneite, whose job is to collect the bodies of coronavirus victims and take them to the crematorium.

"At the beginning we were scared, but now I focus on my work. I blank out my mind so that I don't have feelings," said Faneite, 35.

He is one of 21 Venezuelans who work collecting corpses to transport to Piedrangel crematorium in the south of Lima.

Having fled the economic crisis in their own country, these Venezuelans dress in black suits and masks to remove corpses of suspected COVID-19 victims from hospitals and homes in Lima's poorer districts.

It's a job no-one else will do.

"They call us things like the 'Covid hunt' or 'the death squad' or 'Covid soldiers'," said Faneite, who has lived with his wife and three children in the rundown district of Agustino since fleeing Venezuela two years ago. 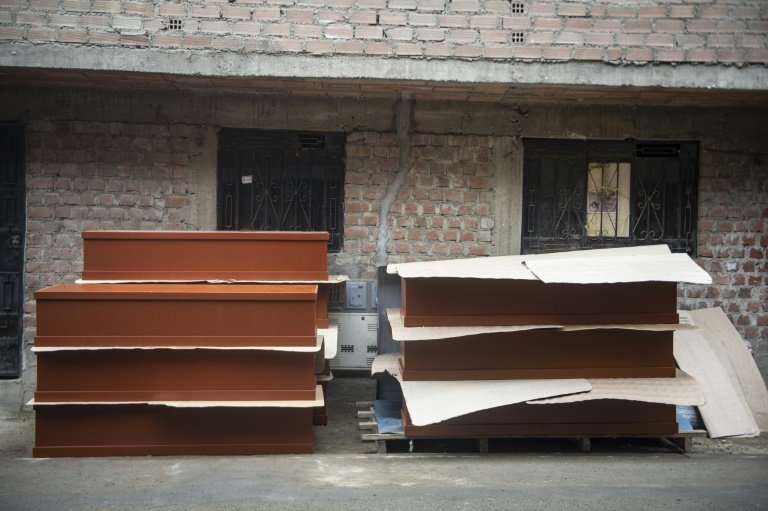 Roberto Gonzalez, the owner of the private Piedrangel facility, is full of praise for his Venezuelan workers.

"Ninety-percent of the work of collecting corpses for crematoriums is done by Venezuelans," Gonzalez said.

"Our Peruvian workers didn't want the work of carrying bodies, out of fear. The most seasoned workers are Venezuelans. They have not run away."

In addition to the 21 removers, other Venezuelan workers operate the ovens at the crematorium.

"Thank God they have not been infected. We have no cases, hopefully we can continue like this until the pandemic goes away," said Gonzalez.

At the Piedrangel crematorium in the working class district of Chorrillos, there are seven liquefied-gas ovens operating round the clock.

Gonzalez's business is contracted by Peru's health ministry. His employees collect, disinfect and bag the bodies of virus victims, before taking them in a vehicle to the crematorium.

The company picked up its first coronavirus victim in March, in the wealthy Miraflores district.

Business has been growing ever since.

To date, more than 2,000 bodies have been cremated in Piedrangel's ovens.

"I never thought I would live through something like this. Every day we collect between 70 and 150 bodies to be cremated," says Gonzalez.

Before the pandemic, the average number was just 15.