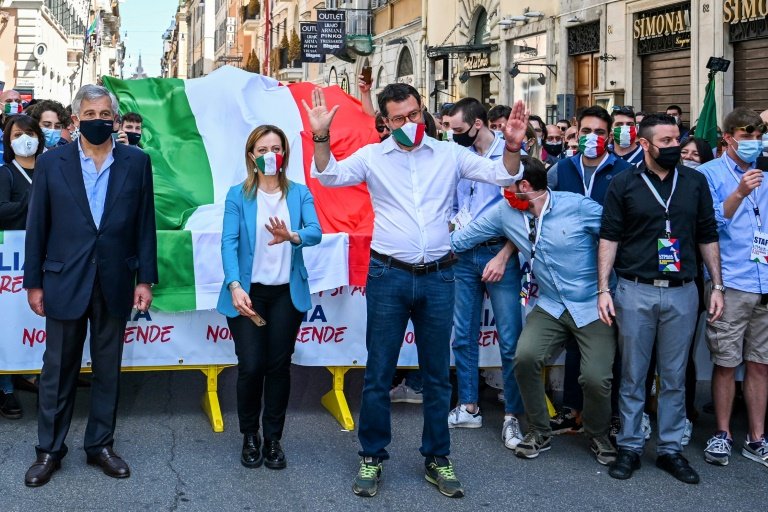 Banned from holding large rallies due to the coronavirus, the demonstration was announced as a silent sit-in respecting physical distancing rules.

It soon turned into a procession, however, led by Salvini and two other party leaders: Giorgia Meloni of the far-right Brothers of Italy, and Antonio Tajani, co-founder of former prime minister Silvio Berlusconi's centre-right Forza Italia. 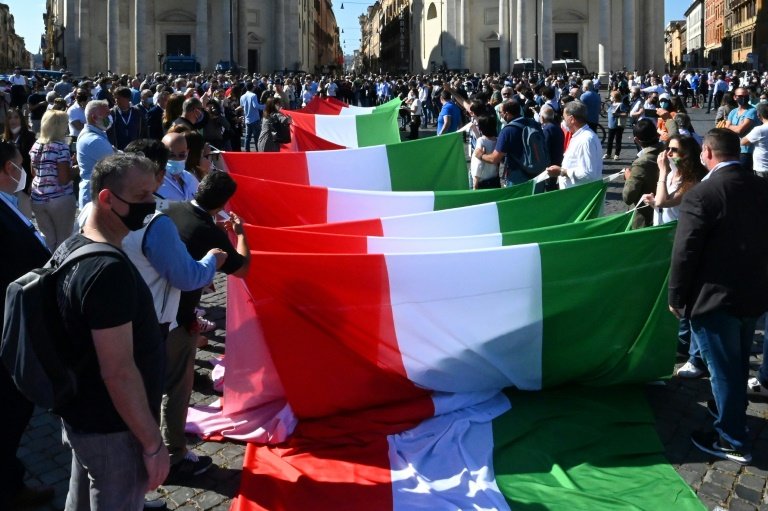 The march was "a symbolic gesture to make heard the voices of the citizens who do not give up", Salvini wrote on Facebook.

It was his first appearance at a rally since the pandemic hit the peninsula in mid-February.

According to a poll published by local news agency AGI, the three parties have would win 47 percent of votes in an election, compared with 36 percent for the government majority formed by the Democratic Party (20 percent) and anti-establishment Five Star Movement (16 percent).

As Italy faces the worst recession since the war, the crisis could further bolster the far-right with the country scrambling to support businesses. 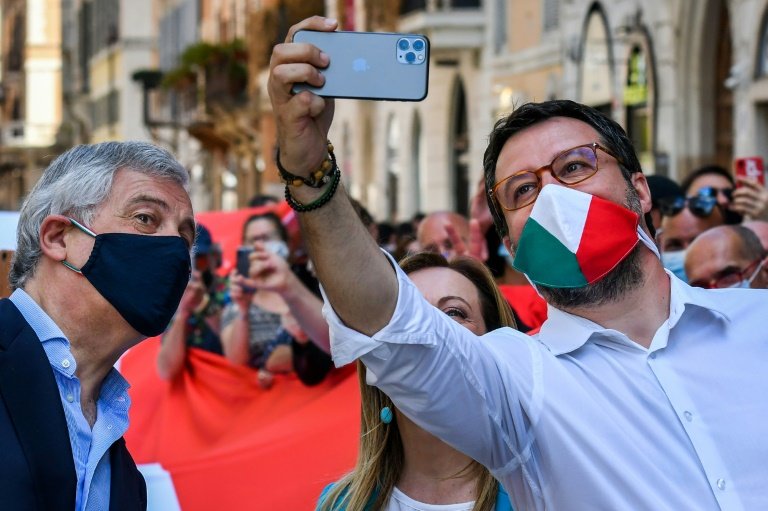 "There is an immediate need for money for the Italians, yet we are promised the recovery fund in 2021," Salvini told reporters, referring to the 750-billion-euro European recovery plan.

“There can be no forgotten Italian workers,” he added.

He also expressed opposition to the government's decision to temporarily allow illegal migrants to work on the land or as domestic helpers.

Last week, a special committee voted against Salvini standing trial for allegedly illegally detaining migrants at sea, though the final decision rests with the Senate.

He had been accused of abusing his powers as then interior minister in 2019 to prevent more than 80 migrants rescued in the Mediterranean from disembarking a charity ship.