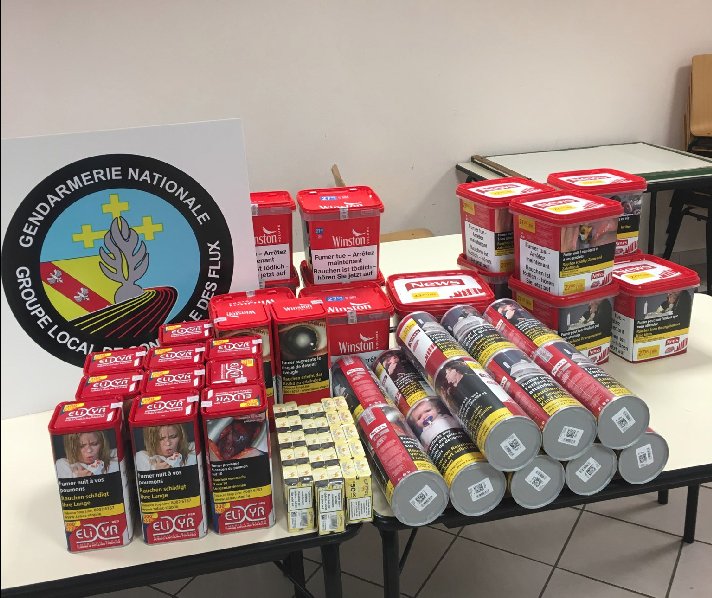 A French trio headed back to the Meuse department with quite the stockpile of tobacco purchased in Luxembourg. Their shopping trip has likely become more expensive after they were stopped by French police...

The France-Luxembourg border closures left a bitter taste in the mouth of French smokers who are used to buying their tobacco in the Grand Duchy.

Even though France has started to gradually ease its strict lockdown measures, it remains illegal to drive to Luxembourg for non-essential reasons. Needless to say, French smokers are still banned from heading to Luxembourg only to buy cheap tobacco.

On 29 May, French policers officers of the GLCF carried out checks in the border region with Belgium and busted a trio that did not respect the ongoing travel restrictions.

Officers discovered no less that "8.950kg of tobacco [...] purchased in Luxembourg" inside a car with three passengers, the Meuse police department announced on its Facebook page earlier this Monday. Total value of the tobacco: €1,116.60. The unlucky trio was charged with importing a large amount of tobacco without declaring the goods to customs.

As a reminder, the French government is planning on maintaining border checks until 15 June at the earliest.

French nationals are not allowed to travel to Luxembourg for non-essential reasons.