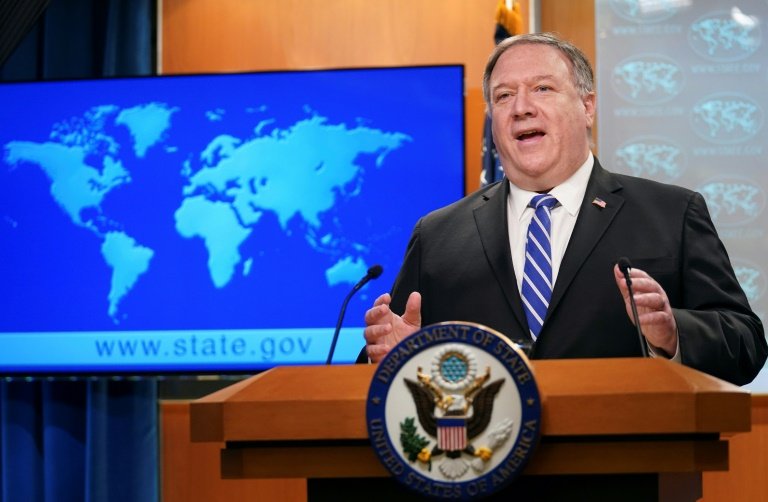 US Secretary of State Mike Pompeo on Wednesday renewed his widely contested charge that the coronavirus pandemic likely originated in a Chinese laboratory, but acknowledged there was no certainty.

Pompeo renewed his call for global pressure on China to provide more data on the origins of the illness, which has killed more than 250,000 people worldwide and hobbled the global economy.

"We don't have certainty, and there is significant evidence that this came from the laboratory. Those statements can both be true," the former CIA chief told reporters when pressed on his statements.

"There's an easy way to find out the answer to that -- transparency, openness -- the kinds of things that nations do when they really want to be part of solving a global pandemic."

Pompeo has been at the forefront of bringing into the mainstream a theory that the SARS-CoV-2 virus slipped out of the Wuhan Virology Institute, which researches some of the world's deadliest diseases.

The World Health Organization has called Pompeo's claims "speculative" and the US government's own top epidemiologist said in an interview this week that all evidence so far "strongly indicates" a natural origin.

Until the speculation on the lab, most scientists believed the virus emerged from a meat market in Wuhan that butchered exotic animals.

President Donald Trump's administration has repeatedly blamed China and the WHO for the pandemic -- which critics say is an attempt to deflect blame for the handling of the coronavirus in the United States, which has suffered by far the world's highest death toll.

Pompeo suggested that the United States did not take part in Monday's European Union-led telethon that raised some $8 billion to develop a vaccine because of China's presence.

"China was there. So the party that perpetrated this -- it began in Wuhan, China -- was there. And we regret it. There wasn't a call for transparency," Pompeo said.