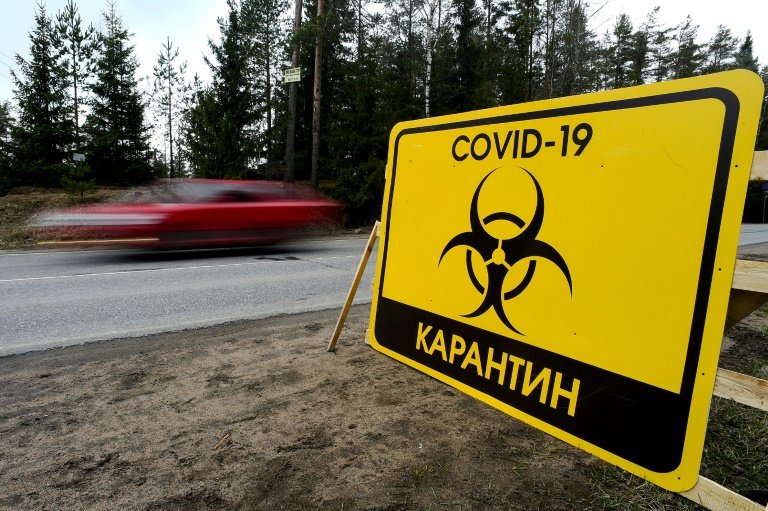 Russia registered a near record in new daily coronavirus cases on Monday as total infections topped 145,000, cementing its position as the European country reporting the most new cases.

Russia is emerging as a new hotspot for the coronavirus as many countries in western Europe begin steps to ease lockdown measures after their rates of new infections and deaths dropped.

The number of new cases in Russia is substantially higher than the European country in second place, Britain, which reported another 4,339 infections on Sunday.

Despite the sharp rise in cases, Russia's official fatality rate has remained low in comparison to countries including Italy, Spain and the United States.

Officials credit quick moves to close the country's borders, as well as widespread testing and tracking of infections, but critics have cast doubts on the numbers.

The authorities have extended a non-working quarantine period until May 11 but have also indicated they could then gradually lift confinement measures which vary from region to region.

The head of Russia's public health watchdog, Anna Popova, said on Monday that this could happen but cautioned: "Today that's only a hope."

If Russians start violating the rules, "by May 12 it will be obvious that we need to tighten them", she said in a televised interview.

Moscow has emerged as the epicentre of the pandemic in Russia, with around half the total coronavirus cases.

Russian Prime Minister Mikhail Mishustin is the highest-profile figure to have contracted the virus. He is in hospital but is continuing to work, his spokesman said Sunday.

Russian officials have stepped up warnings to stay at home this week with the country currently on public holidays.

Moscow mayor Sergei Sobyanin has warned that "the threat is apparently on the rise" and urged residents to respect confinement rules and anti-virus measures over the May holiday period. 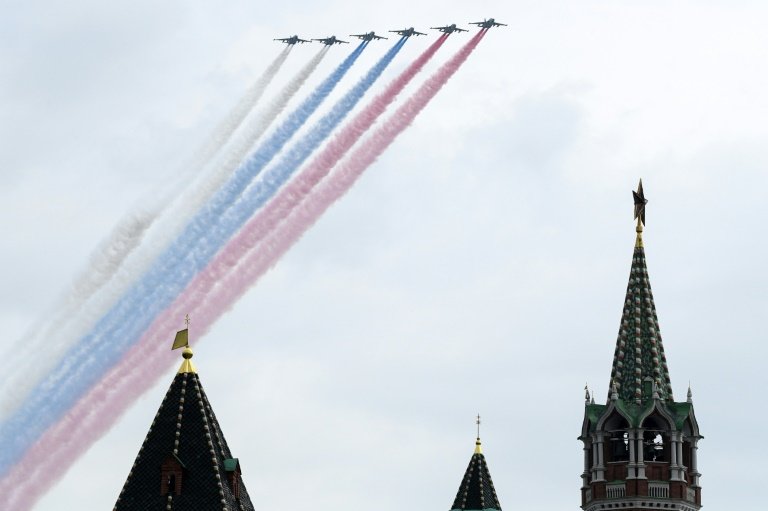 "The weather is getting warmer and of course it's harder for people to stay home," President Vladimir Putin's spokesman Dmitry Peskov said in an interview with Rossiya 24 television on Monday.

"Unfortunately when we go out onto the street, there are a lot of people, a lot of cars. Potentially that is a dangerous violation of the lockdown... the curve of new cases could go up again."

Putin is set to hold a government meeting on Wednesday after asking officials to come up with a plan for a gradual withdrawal from lockdown, Peskov said.

Russia has several public holidays in early May, including Victory Day on May 9 to celebrate the defeat of Nazi Germany in World War II.

Putin had planned a major celebration for this year's 75th anniversary, with world leaders in attendance as thousands of troops and tanks paraded through Red Square.

The coronavirus forced him to postpone the parade and the day will now be marked only with military aircraft flying over major cities.

Fighter jets roared over Moscow on Monday spurting red, white and blue smoke as they rehearsed for the event.