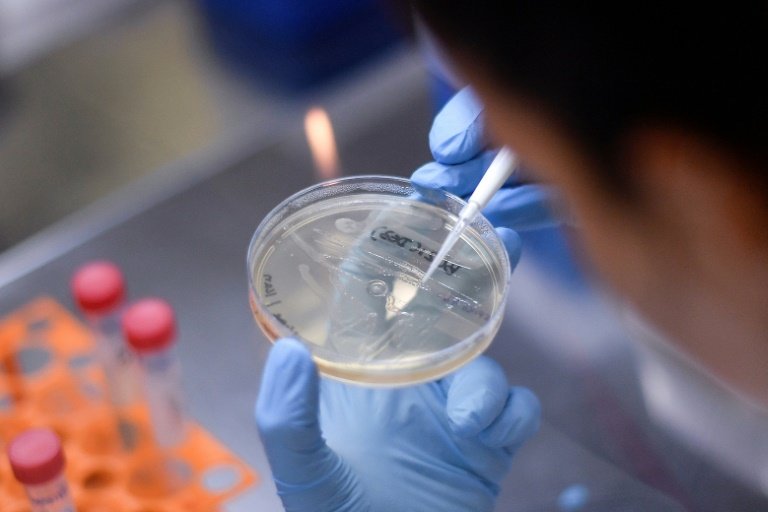 Celebrities, world leaders and philanthropists pledged some 7.4 billion euros ($8.1 billion) on Monday for research into coronavirus vaccines, treatments and testing during an EU-led videoconference that was snubbed by the United States.

European Commission chief Ursula von der Leyen, who hosted the conference, said a vaccine was the best chance of beating the COVID-19 disease, which has so far killed nearly a quarter of a million people around the world -- 140,000 of them in Europe.

Major European powers, along with Japan and Canada, made the biggest pledges but the lack of US representation raised the prospect of an uncoordinated competition to develop and produce a vaccine.

The conference narrowly missed its target of 7.5 billion euros -- although a handful of contributors did not put a sum on their pledges -- but UN chief Antonio Guterres warned that much more would be needed, putting the final sum required near 38 billion euros. 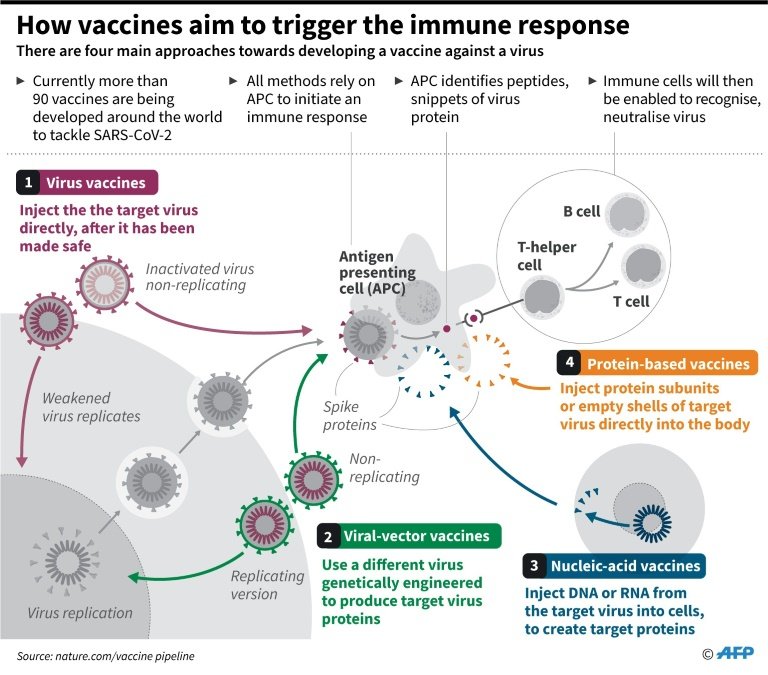 How vaccines aim to trigger the immune response / © AFP

"These funds are a kind of down payment for the development of new tools at the speed needed," Guterres told the conference. "But to reach everyone everywhere we likely need five times that amount."

The donations came from around 40 countries, the UN, research institutes and philanthropic bodies including the Bill and Melinda Gates Foundation.

But the initiative was undermined by the absence of the United States, with President Donald Trump at loggerheads with the WHO over its handling of the pandemic.

Trump -- fighting for reelection in November -- said on Sunday the United States would have a coronavirus vaccine ready by the end of the year.

His prediction was met with scepticism in some quarters, with Germany's Health Minister Jens Spahn warning it could take years for anyone to develop a vaccine.

While putting an upbeat gloss on the event in public, privately EU officials were disappointed the US did not take part. 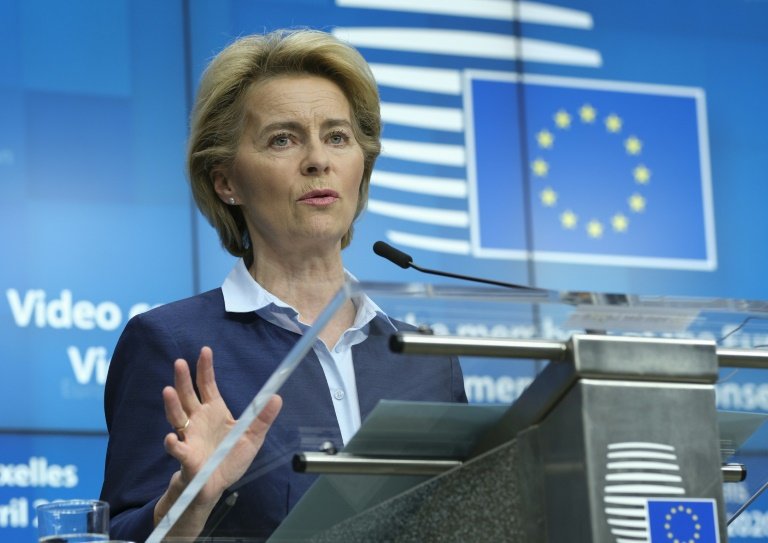 "The EU responded favourably to a call for global action, the US refused. They are the ones who are isolating themselves," one official said.

"We're only at the start of the process. We hope the American government will join the common effort."

A senior US official said Washington welcomed the telethon effort but insisted many of the organisations making pledges had already received substantial American support.

Pressed on why the United States was staying away, the official called the EU event "one of many" and said Washington was "at the forefront of those international efforts".

But other leaders are concerned that Trump's "America First" approach could lead to a counterproductive transatlantic race to find a vaccine and called instead for a collaborative approach.

While British Prime Minister Boris Johnson said the world "must work together to build an impregnable shield around all our people", his Japanese counterpart Shinzo Abe urged the international community to "unite to overcome the crisis".

French President Emmanuel Macron said it was vital that once a vaccine has been developed, it is treated as "global public property" with access available for "the whole of the planet".

In March, Germany was forced to insist that the rights to coronavirus vaccine research were not for sale after reports Trump wanted the US to buy exclusive access to one being developed by a German biotech firm.

In recent days the Trump administration has stepped up pressure on China, where the outbreak began, claiming it originated in a laboratory in the city of Wuhan.

Without mentioning Washington, China implicitly hit back at the donor conference, where it was represented by its ambassador to the EU.

"Multilateral cooperation in fighting the virus, confidence and solidarity are much more valuable than gold," ambassador Zhang Ming said. "Panic and blame game are not useful at all."

Isabelle Marchais of the Delors Institute thinktank said the US was ready to "put all its forces into the battle" to win a "vaccine war".

In an analysis published Monday, she said more than 100 vaccine research projects were going on, including eight clinical trials in the US, China and Europe.

"Given the stakes in the current pandemic, some companies -- particularly American and Chinese ones -- are ready to start production before the end of clinical trials in order to be the first ones to get the vaccine to market," she wrote.

Of the 7.5 billion euros, four billion will go on vaccine development, two billion on the search for a treatment and 1.5 billion for producing tests, the EU said.