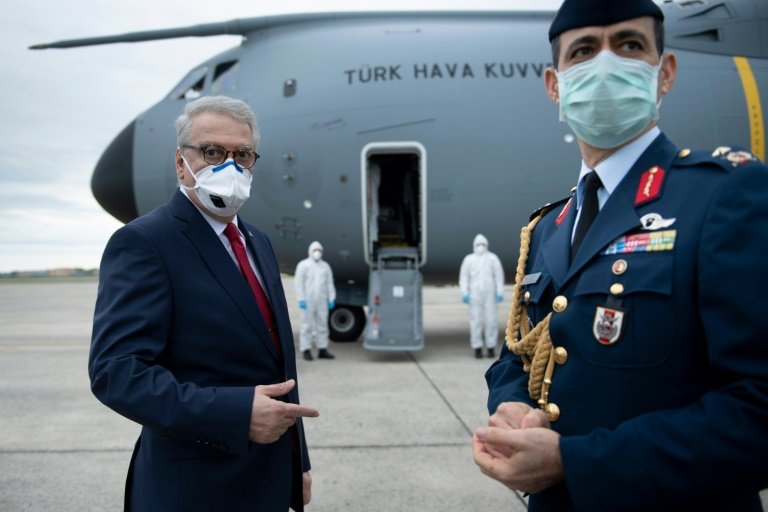 Turkey's ambassador to the United States, Serdar Kilic, waits as a Turkish cargo plane carrying COVID-19 relief supplies is unloaded at Andrews Air Force Base near Washington in April 2020 / © AFP/File

The United States has long hailed its aid overseas as a sign of good intentions, but friends and foes alike are seeing opportunities of their own by helping the global power ravaged by the coronavirus.

Turkey, looking to end a rough spell with its NATO ally, and Egypt, whose autocratic leader counts on support from President Donald Trump, both sent military jets full of supplies in the past two weeks, while Taiwan, reliant on Washington for its defense and praised for its effective coronavirus response, has sent millions of masks. 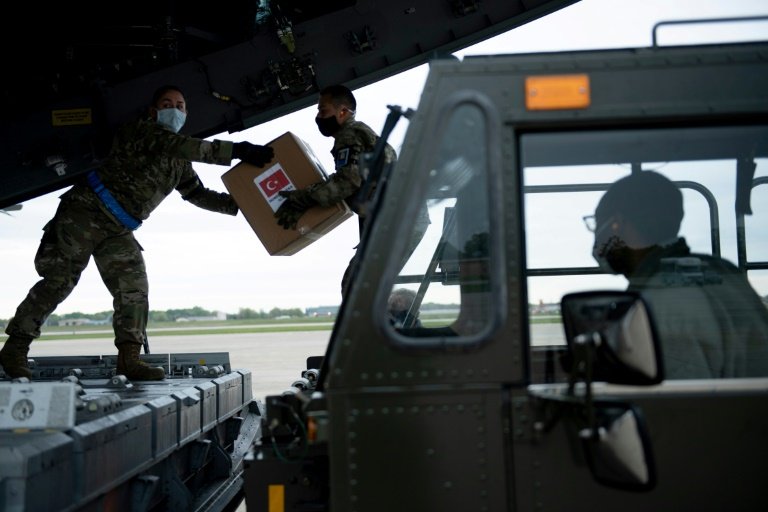 More controversially, China and Russia -- considered top global rivals by Washington -- have both sent medical goods to the United States, whose COVID-19 death toll is by far the highest in the world at more than 66,000.

Nicholas Cull, a professor at the University of Southern California who studies international reputation, said that gifts were often more about donors' domestic audiences as leaders try to show that they are "winning the respect and admiration of the world."

Cull said the most successful gifts come when a nation has no obvious political motivation and appears to be acting out of emotional attachment to another country.

He pointed to the rousing reception in Italy for doctors sent by Albania, one of the poorest nations in Europe.

By contrast, China's aid has been met by suspicion that Beijing is trying to assert itself or obscure the origins of the respiratory sickness, which was first discovered in the metropolis of Wuhan. 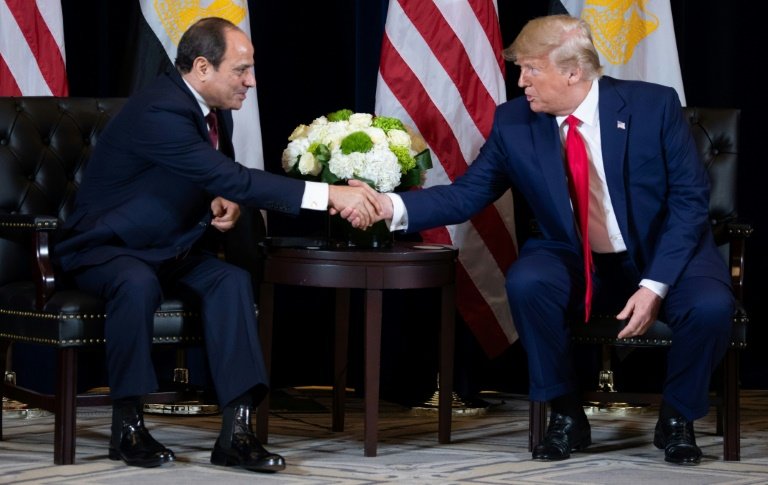 President Donald Trump shakes hands during a 2019 meeting with Egyptian President Abdel Fattah el-Sisi, who has sent coronavirus aid to the United States, itself a major donor to Cairo / © AFP/File

Recent history is full of disaster-hit nations whose prideful governments have refused help, but the United States has said it welcomes international cooperation against the virus.

"We appreciate the generosity and support from around the world," a State Department spokesperson said.

Other assistance has included testing kits from the United Arab Emirates and dispatches of medical teams from US allies, notably Poland.

The US government has not directly taken aid from China, with Trump eager to blame Beijing over the pandemic amid criticism around his own performance.

But China has channeled assistance to US states or through private donations.

Russia gave prominent coverage when it sent a military plane of masks, ventilators and other supplies to New York.

Trump, who has sought closer ties with President Vladimir Putin, called the gesture "very nice," although the State Department insisted the goods were purchased, not donated.

Virus infections have since jumped inside Russia, and some social media users in both Egypt and Turkey have questioned whether their governments were really in a position to help others. 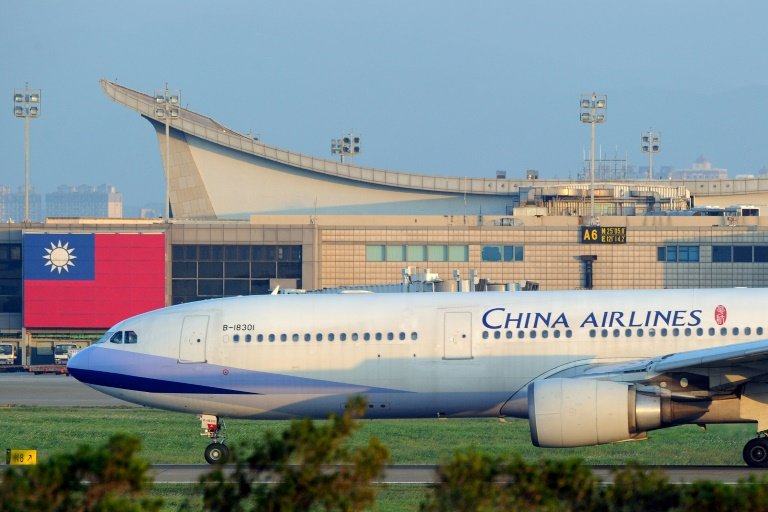 A China Airlines plane taxies on the tarmac of Taoyuan International Airport in Taiwan, which has shipped aid around the world to fight the COVID-19 coronavirus / © AFP/File

Turkey has sent aid to some 55 countries. Its president, Recep Tayyip Erdogan, has been hoping to defuse tensions with the United States, especially with Congress over Turkey's purchase of an air defense system from Russia.

The aid shipment marks part of an effort to reach out broadly to the United States after Erdogan "put all its eggs in Trump's basket," said Gonul Tol, director of the Turkey program at the Middle East Institute.

"I'm sure there is an understanding in Ankara that this could be Trump's final year," Tol said, while adding: "Turkey's problems with the US are too deep to be resolved by this PR campaign." 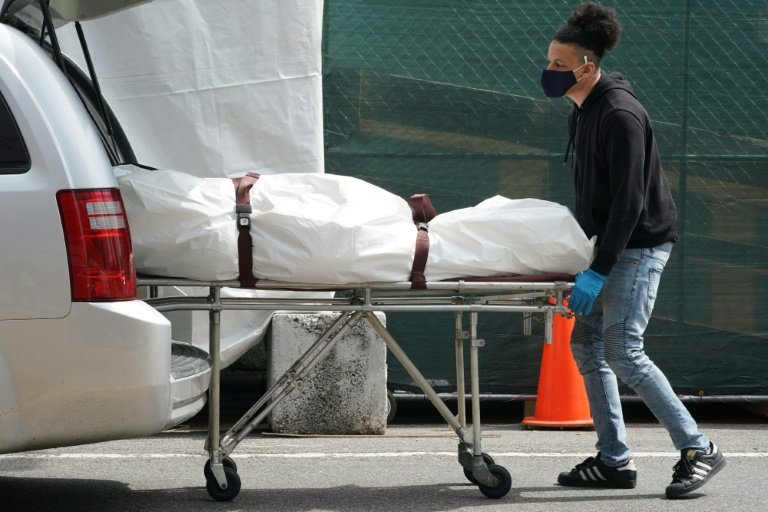 The last time the United States received such wide assistance was after Hurricane Katrina ravaged New Orleans in 2005.

The then administration of George W. Bush also decided largely to accept all aid regardless of politics, although it refused an offer of doctors from Cuba.

Cull, the scholar of public diplomacy, said it was striking how little of Washington's own COVID-19 assistance gets noticed by Americans, who are more likely to oppose exporting aid at a time of need. 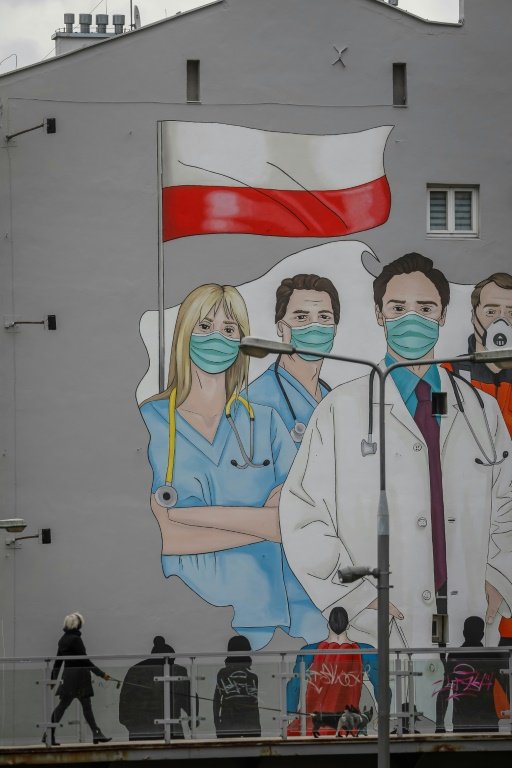 A woman walks past a mural paying tribute to the sacrifice of doctors in Poland, which sent a medical team to the United States to help its ally battle the COVID-19 coronavirus / © AFP/File

The State Department says the US government has committed $775 million in overseas pandemic assistance.

But Trump has also vowed to freeze funding for the World Health Organization, which is at the frontlines of the crisis and receives more than $400 million in US money each year, for alleged bias toward China.

Cull expected that Trump's "America First" approach, coupled with scenes of COVID-19 devastation within the country, would bring lasting damage to the US reputation.

"It's like a country with a terrible navy having to fight a naval war. Everybody knows that, for all the wonderful things in the United States, health care is a problem."

Many people may still admire US products or universities, but "they are certainly not going to admire the American government in the way they have historically."