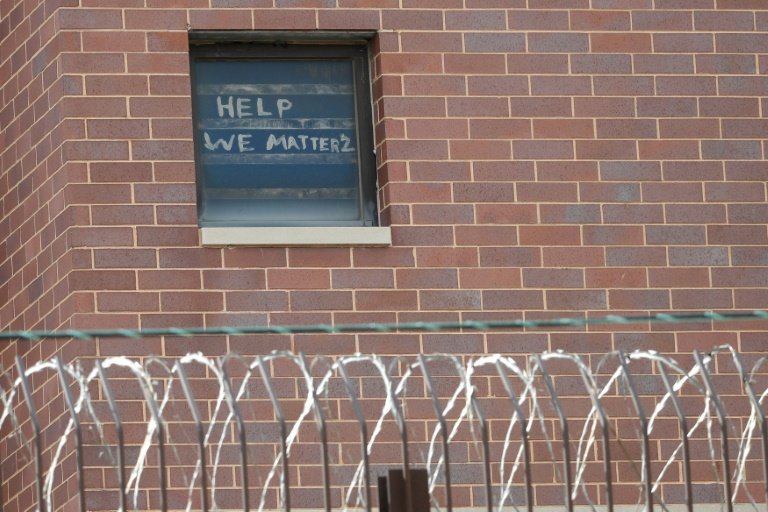 "Help we matter 2" written in a window at the Chicago Cook County Department of Corrections, housing one of largest US jails, amid a coronavirus outbreak among inmates and staff / © AFP/File

A massive wave of coronavirus infections is blasting through the world's largest prison population in the United States even as officials begin opening up their economies, saying the disease has plateaued.

One prison in Marion, Ohio has become the most intensely infected institution across the country, with more than 80 percent of its nearly 2,500 inmates, and 175 staff on top of that, testing positive for COVID-19.

Coronavirus deaths are on the increase in jails and penitentiaries across the country, with officials having few options -- they are unable to force adequate distancing in crowded cells and facing shortages of medical personnel and personal protective gear everywhere.

The threat to the 2.3 million-strong US prison population was seen last week in the death of Andrea Circle Bear, a 30-year-old native American woman from South Dakota.

Pregnant when she was placed in a Texas federal prison in March on drug charges, she soon became sick with the disease and was placed on a ventilator, and gave birth by C-section.

She remained on the ventilator and died weeks later.

Riots over inadequate protection and slow responses by prison authorities have already taken place in prisons in Washington state and Kansas.

COVID-19 outbreaks among prison officers meanwhile have made the institutions even harder to manage.

At the understaffed, undersupplied Lansing Correctional Facility in Kansas on Thursday, 15-year prison guard David Carter resigned, saying it was better to go without pay than risk his health and that of his family.

"I can no longer be associated with a facility that is a ticking time bomb," he said in a resignation letter.

The Marion prison outbreak is believed only the tip of the iceberg. 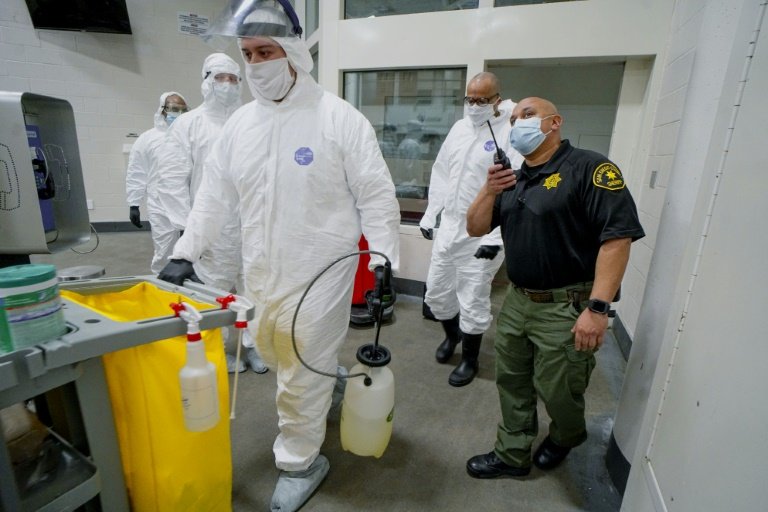 Because of the hodge-podge of prison management -- federal, state, and local authorities have their own, and many are run by for-profit private companies -- testing and reporting has been haphazard.

Covid Prison Data, a group of university criminal justice and data experts, says that based on public reports, 13,436 inmates and 5,312 corrections staff nationwide have tested positive for coronavirus.

But many states, and the federal penitentiary system, have done only a small amount of testing. Five of the 50 states don't even report data.

Prisons occupied eight spaces on The New York Times' compilation of the top 10 infected institutions, with the Marion Correctional Institution at the top.

The reasons are clear: prison populations are more dense and harder to separate than nursing homes and cruise ships, two institutions hit hardest by the disease.

Thay also operate at lower levels of hygiene, and a large number of inmates have preexisting conditions.

And, until now, they have been low priority for officials battling the pandemic. 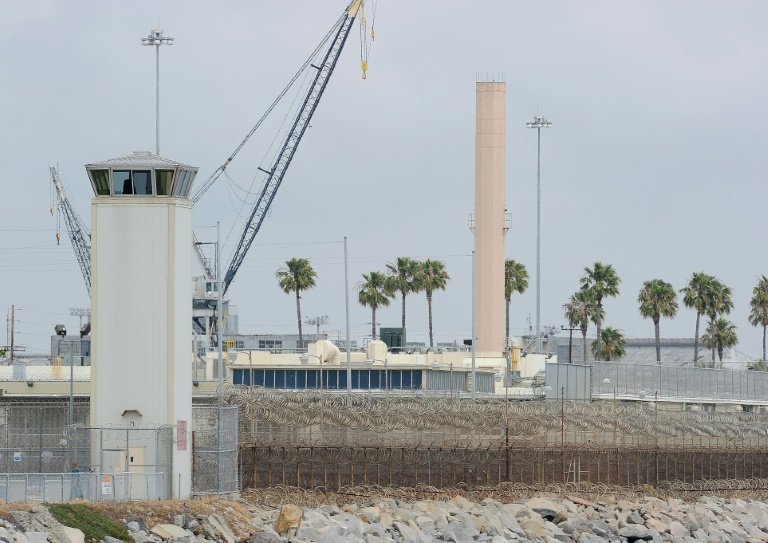 The watchtower of Terminal Island federal prison near Los Angeles, where some 60 percent of the inmate population has tested positive for COVID-19 / © AFP

Numbers released this past week show the depth of the problem.

Less than 3,000 tests have been administered, however, with 1,842 prisoners and 343 staff testing positive, and 36 inmate deaths.

On Thursday alone the bureau reported three deaths at the low security Terminal Island prison near Los Angeles, where some 60 percent of the roughly 1,050 inmate population has registered positive.

Bureau of Prisons Director Michael Carvajal complained of a shortage of testing supplies, and said that quarantining remains difficult.

"We don't have the option to close our doors, or pick who or when someone is sent to our custody," he said on Wednesday.

The situation is even less clear in state prisons, which have the bulk of the country's inmate population.

Some states like Ohio are now moving quickly with testing and are releasing data. Others are doing little.

One indicator of the potential extent: CoreCivic, a private company which operates dozens of prisons nationwide, tested all the 2,725 inmates and staff at its Trousdale Turner facility in Tennessee, and found 1,299 inmates and 50 staff positive, nearly all without symptoms.

Prison advocacy groups say that little has been done at the state and federal level to release prisoners who are non-violent or whose terms were near completion, which could lessen their danger of infection and create more space in the facilities.

Out of more than 10,000 in Kansas prisons, "Only six inmates have been released. Six," said public defender Heather Cessna.

Brian Miller, an officer at the Marion prison, warned this week that the situation would only worsen.

Miller -- struggling to speak as he recovers from his own coronavirus bout -- told a conference call that, with so many out sick, they do not have enough staff to clean the facility and manage the inmates.

The prisons are only offering hazard pay of an extra $1.85 an hours -- "less than Starbucks," he noted.

"Things are beyond breaking point at this facility," he said. "Right now it's hell."