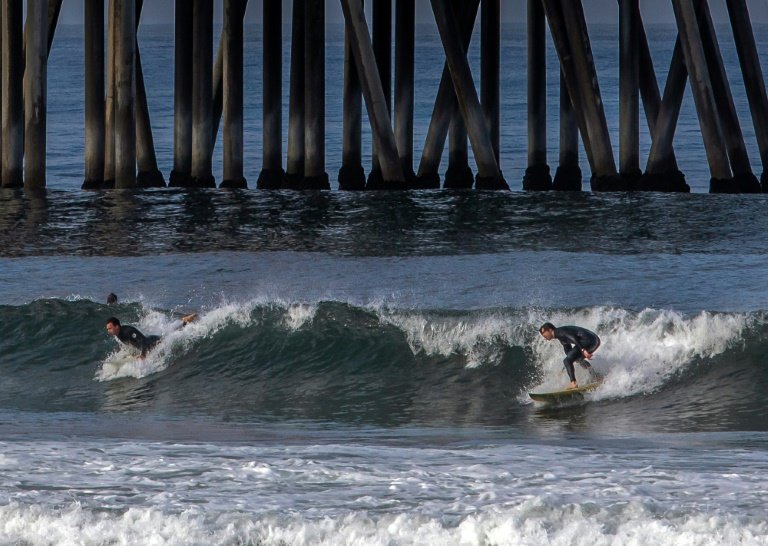 Surfers catch a wave in Huntington Beach, California on May 2 / © AFP

Sun, sand and surfers, dude: Huntington Beach would have made for a classic postcard Saturday, if it weren't for police tape blocking locals from cramming this famous California haunt amid efforts to curb the coronavirus.

Alarmed at the potential health impact of people who flocked to Huntington Beach last weekend, Democratic Governor Gavin Newsom order the total closure of beaches in Orange County, where it is located. 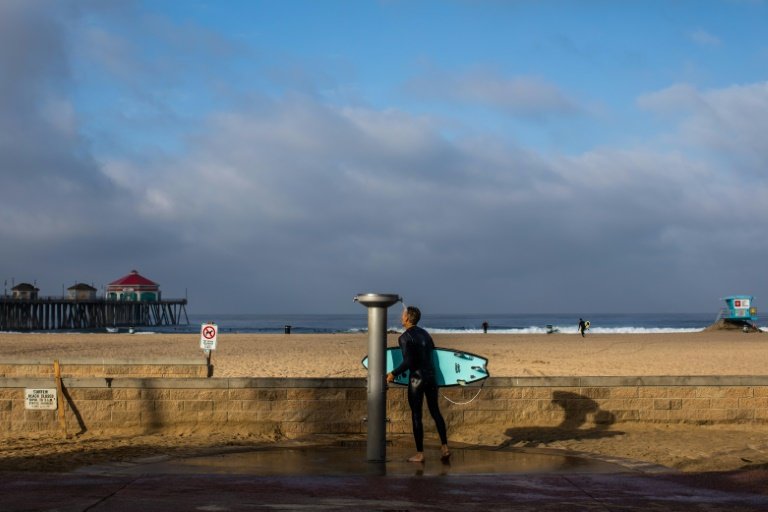 Most beaches in the state have been closed for weeks, such as Los Angeles or Malibu, but the decision is particularly thorny in this wealthy, Republican-leaning area.

On Friday, thousands of people rallied against such measures in the city, located 35 miles (55 kilometers) south of Los Angeles.

So it was no surprise that many people backing President Donald Trump, or swift beach openings, or both -- piled on the sand on Saturday. 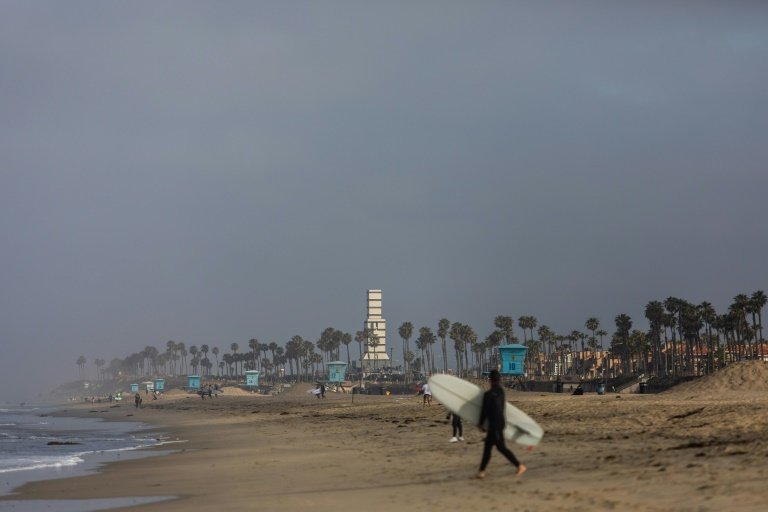 "I'm in support of the protests," said Jim, a 58-year old surfer who works in financial services and didn't want to give his last name.

"It's a mistake," he said of Newsom's Orange County beach closure orders. "I think it's wrong. And I think he's forgetting about civil liberties for people."

Behind Jim, dozens of surfers were in the water, ignoring instructions on police signage.

Nearby, several stores selling surf clothing and equipment have remained open even though they are not supposed to be on the list of essential shops.

"Surfing is essential business around here, dude!" said Todd, a 25-year-old surfer, with board under arm. 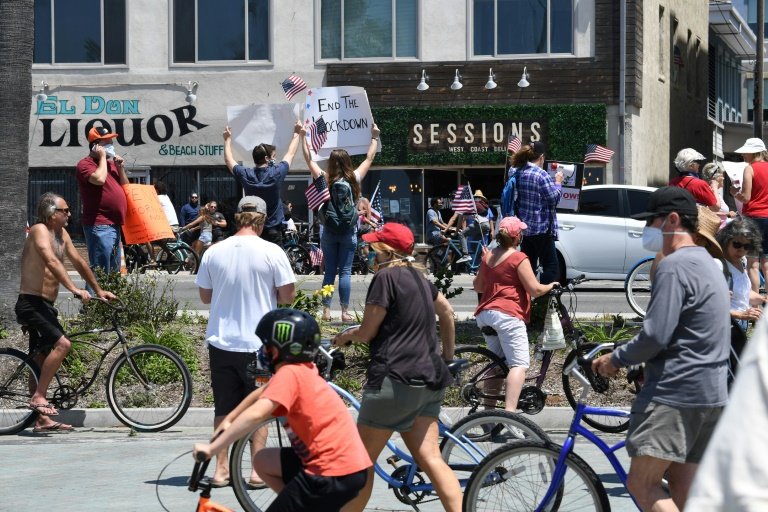 The latest report available on Saturday listed 2,636 cases in Orange County and 52 deaths, fewer deaths "than people surfing at the moment," Todd said.

Amanda Call, retired and in her 70s, said "it's very important for me to be here."

"People need to be allowed to choose for themselves. So the beach should be open for people that want to be here," she said.

No one was wearing a mask, which is not compulsory outside of shops in California. They are much more common on the streets of Los Angeles or San Francisco than in Huntington Beach.

"It's a kind of protest in my own way" said Call, who had been sunbathing since 7:30 am, despite frequent visits from police reminding her of the beach's closure.

By Saturday afternoon, Call and most of the visitors to Huntington Beach had left the scene, after police grew firmer and threatened them with fines.